I’m Great at Being Frugal, But I Need to Earn More Money 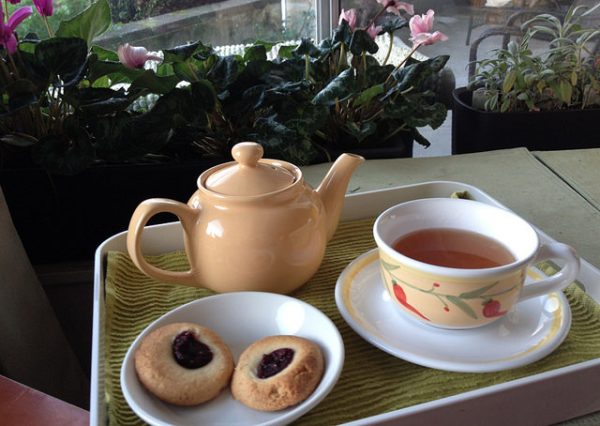 My name is Brit, and I’m an incredibly frugal person.

It all originated with growing up in Southern California, the land of crazy-expensive electricity. Mom and Dad taught me to never leave lights on or appliances plugged in unless I absolutely needed them. It became a game: How much could you do with less?

Keep in mind that I’m the oldest of four children. You compromise when you’re part of a family because everyone should have what they need. If you can do more with less, that’s awesome. You’re winning. You’re less of a burden in this group you’re a part of for life.

On the surface, this sounds like a sweet testament about family and compromise. But it was also inconsistent. The money my parents didn’t spend on electricity led to me attending sports camps as a kid. The money my parents didn’t spend on me visiting Costa Rica with my 6th grade class went… where, exactly? To my brother’s sports camps? Because they sure went on a lot of trips with him, and I never heard them tell him they needed to cut back.

Attitudes toward frugality seemed to shift once my parents started earning more money. When I was in junior high school, I would repair the holes in my jeans instead of asking for a new pair. That’s still my instinct today, hence all the cash I’ve spent at Denim Therapy. But when I was in high school (when my parents had real money for the first time), this was no longer acceptable. I couldn’t look like a “slob.” Better to buy a new pair of jeans.

This was so confusing in adulthood. On the surface, it seems natural: When you have money, spend it. If you don’t, don’t. But this set me into a very unhealthy cycle of boom-bust throughout college. I’m not a freelancing success story like the ones you read about, who built an empire in college that they could enjoy as an adult. I was working crappy jobs and freaking out and flailing once the jobs (inevitably) cut my hours.

I finally figured it out when I turned 26: It’s good to avoid spending money excessively. But being awesome at this can hide things, like the fact that sometimes you just need to make more money.

Early on in my adult life, if I had a little extra money in my pocket, I would blow it on something that I loved—big cookies and tea, most likely—and feel like an actually balanced human for a second. When I had a slow month, it was back to living in moderate deprivation. I know all the freelancers are mouthing “feast or famine” to themselves right now and sighing in recognition.

Nowadays, if I want to buy something, I just buy it. I’ll make up that money with more assignments or by putting in extra work hours. Or I’ll up my own marketing levels for my business so that I can eventually make the money needed to afford that thing. I don’t deprive myself of anything. I just adapt my work to lead up to that.

I wish I’d discovered this strategy sooner. Here’s what I should have been doing in my adult life: Working for whatever I wanted. Not depriving myself, not skimping because “I had to make ends meet.” That’s what side hustles are for. With a side hustle, I’d have perma-money for big cookies and tea. Frugality shouldn’t rule you. It should motivate you to switch things up and look for more permanent solutions.

Working for what you want also means understanding what you don’t want—or don’t need. I can survive without a car. I can survive at half my normal income and pay most (if not all) my bills. I’ve spent money to travel to Florida, New York, and Alaska just because I wanted to go to those places—and I made sure they were work trips so I could keep earning money. Meanwhile, I haven’t bought jeans in two years. That’s weaponized frugality. (It’s also a bit like my parents’ strategy of saving on electricity so I could go to camp, which means I’ve learned more from my parents than I realized.)

It’s scary to work toward earning more money! Negotiating rates, pitching more than ever, putting out cold emails… it’s all very vulnerable. It would be so easy to just hole up in frugality. Skip eating out so I can put that money toward debt, as opposed to doing the work so that I can make a debt payment and get a pita stuffed with veggies and feta. Because damn it, I deserve to have both.

Confidence is always key. I invested in an accelerator program for copywriting over the summer, and it felt great to be considered a peer among people who’ve made thousands of dollars a month for their work. Never have I had so many people encourage me to raise my prices and shoot for big clients than this summer. It changed my worldview.

My income now sits around $32K a year. I’m mostly paying down debt, but I’ve worked to build up savings and I recently acquired my own health insurance. My frugality hasn’t completely disappeared. When it came time to redecorate my office, I tacked up some bedsheets in a curtain style and moved some posters around to more feng shui-friendly locations in the room. I used sticky tack to hang pictures. I sewed up some wall decorations using clothes I was thinking of giving to Goodwill.

But I wasn’t frugal at all when I bought my new laptop. Fresh out the box! I’ve had to take on a fair amount of projects to make up for it, but I have exactly what I want—and now I can use it to earn even more.

1. We Did Good, Billfold
2. Question Wednesday
3. What I Learned From Five Years of Writing and Editing for The Billfold
4. How a Program Assistant Dealing With a New Paycheck System Does Money
5. Classic Billfold: What I Wanted From My Move to Portland and What I Got
budgetingfreelancingfrugalitysavingside hustles