How I Got This Job: Casting Assistant 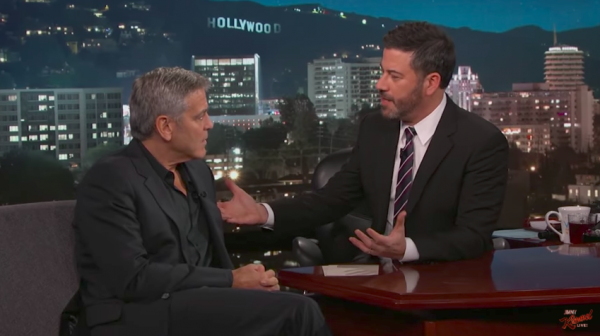 I never expected to work in late night TV or move to Los Angeles. I studied broadcast journalism at Northwestern University and dreamed of being an on-air reporter. After graduation, I interviewed for countless on-air reporting jobs in small towns across the country, everywhere from Charleston, West Virginia to Fargo, North Dakota. I almost took a hybrid reporting/producing job at a news station in West Virginia, but something in my gut told me no. I just couldn’t picture spending three years in a small town chasing news stories. It just wasn’t in me.

So there I was, three months after graduation… unemployed and living at my parent’s house. I took a couple internships but still felt lost. I decided to go back and visit Northwestern and relive my college days for a weekend. I met up with my friend Mollie who gave me a copy of the alumni magazine and said, “You should read the cover story.” I immediately found a quiet place on campus and started reading a profile on alum Jill Leiderman, Executive Producer at Jimmy Kimmel Live! Her job sounded so amazing, and suddenly I had a new dream: being a late night producer.

I went home the next day and tracked down her email address. I wrote a passionate email and hit send before I could chicken out. To my surprise, Jill emailed back almost immediately. We talked on the phone later that week. She talked to me about her career path and what her job is like on a day-to-day level. She then encouraged me to come to LA to visit the show. I knew I had to take her up on that offer, so I asked my parents for a loan and bought a ticket to LA. I crashed on the floor in my brother’s college dorm room and made the three-hour drive to Hollywood.

Jill took me around the studio and even let me sit in the control room during the show. It was surreal, and even though she was being bombarded with questions and putting out fires, I still thought, “I want to be sitting in her seat someday.” After the show ended, I joined her in an editing room where she and an editor edited the show in under an hour so it would be ready before it went live on the east coast. I was on this adrenaline high. The energy in that building was similar to that of a newsroom, and I wanted to be a part of it so badly.

Jill encouraged me to move to LA, saying it would be easier to break into the business if I actually lived there. I spent the next four months saving up, and my friend from college was kind enough to offer me a place to stay with her parents. One day in April, I packed my bags and drove my Honda CR-V from Wisconsin to LA. I almost turned around a couple times. I had never taken a risk like this, and I had no job lined up. I started applying for entertainment jobs the minute I arrived. A few weeks later, I received a call from a producer at Jimmy Kimmel Live! He said Jill had passed along my resume, and asked if I would be interested in being a casting assistant for a few weeks. He said it would be a lot of paperwork and escorting actors to set. I immediately said yes.

I started the job the following Monday. The casting department at Jimmy Kimmel casts actors for sketches, voice-overs and live segments. Most bits are cast same-day, so we receive our casting assignments at around 10 a.m. and start shooting the fully-cast segments by 2 p.m. The days were extraordinarily busy, but I loved it and didn’t want the job to end. I was lucky enough to be hired full-time and stayed in the position for over two years. I had amazing experiences that I had never dreamed of—meeting my celebrity idols, attending free concerts, traveling to Brooklyn for a week of shows and playing dodgeball on live TV. I really wanted to move into the production department as an associate producer, but since there are so few late night shows, these positions are extremely hard to get, so I took an assistant job at a small production company.

My career goals have changed since then. I rediscovered my passion for writing and plan to take a break from the entertainment industry in a few months when my current job as a TV producer’s assistant ends. Until then, I’m going to enjoy this roller coaster and soak up every minute.

Allyson Byers is a producer’s assistant and freelance writer living in LA. She spends most of her free time seeing comedy shows or sitting on the couch with her dog, Petey.

1. We Did Good, Billfold
2. Question Wednesday
3. What I Learned From Five Years of Writing and Editing for The Billfold
4. How a Program Assistant Dealing With a New Paycheck System Does Money
5. Classic Billfold: What I Wanted From My Move to Portland and What I Got
careerscasting assistanthow I got this jobjimmy-kimmel-livelate night TVtelevision