The Billfold
Pay Your Taxes 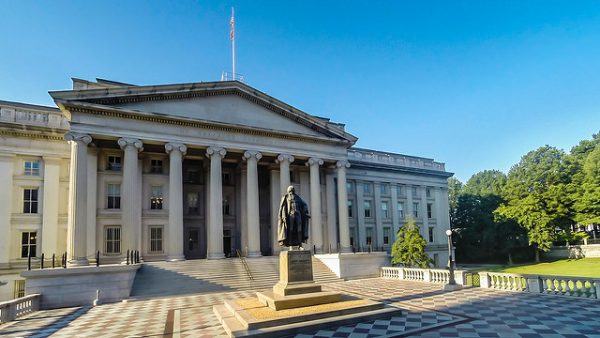 Remember that story from last month, about how a county in Oregon had to close all its libraries because people kept voting to lower taxes?

It turns out the same thing is going on at the other end of the economic spectrum, too. As the Washington Post explains, in an article titled “Americans are taking their sweet time paying taxes, and the government is running out of cash:”

Wealthy Americans and business owners are putting off paying taxes in the hopes that Republicans will deliver big cuts, leaving the government increasingly short on cash and accelerating its crash into the debt ceiling.

Federal data and anecdotes from tax advisers reveal that a significant number of taxpayers are postponing cashing out on investments and other financial decisions, hoping to pay less later if the White House and congressional Republicans pass a huge reduction in tax rates.

On the one hand, you’ve got people in rural Oregon voting against a $6 increase in property tax, which means not enough money for libraries.

On the other hand, you’ve got wealthy people “voting with their dollar,” which sometimes counts more than a regular vote, and since they’re avoiding financial decisions that would require them to pay additional taxes now because they’re assuming they’ll get tax cuts in the near future, we get… not enough money for the government.

A failure by Treasury to make major payments would call into question whether the U.S. government can meet its obligations. Because federal debts serve as a global reserve currency, relied on by banks and businesses around the world, a default could cause a severe crisis. The precise consequences are difficult to predict, but they could include frozen international credit markets, a spike in interest rates, and a worldwide collapse in stocks.

But it’s fascinating to think about how much of our society—and our country—does in fact run on taxes. And yes, many of us actively try to reduce our tax burden, but it’s the same as any other financial equation: if we pay less money in taxes, then our local/state/national governments have less money to spend.

Which, as we’re learning, has its own consequences.

1. We Did Good, Billfold
2. Question Wednesday
3. What I Learned From Five Years of Writing and Editing for The Billfold
4. How a Program Assistant Dealing With a New Paycheck System Does Money
5. Classic Billfold: What I Wanted From My Move to Portland and What I Got
economicsgovernmentpoliticstaxeswealth