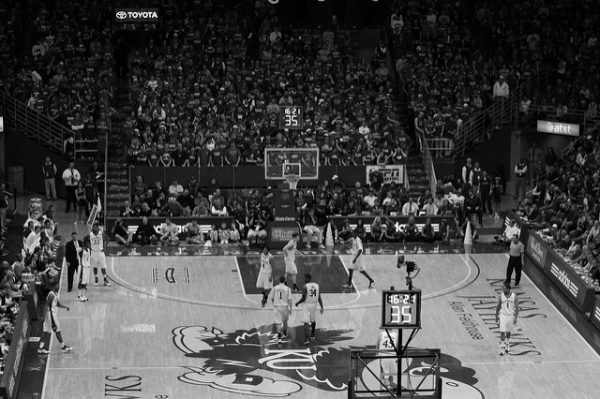 To be in love is a wonderful thing. It can be SO wonderful, in fact, that it may cause you to spend over $1,000 on a piece of unusable sports equipment that could otherwise be bought at Dick’s Sporting Goods for $24.99.

I had just recently graduated from the University of Kansas with my Bachelor’s degree in Organismal Biology. The end of college meant the lease on my studio apartment was days away from being up. This led me to contemplate two options: move back home with my mom, or move myself in with my (then) boyfriend of nine months. Oh boyfriend, I’m home!

I’ll spare you the boring details and fast-forward the months of May–August with a few brief bullet points:

It was now fall, and I was completely jobless. I could sense my bank account slowly dwindling even though it was during the pre-YNAB time of my life. Responsible people would probably reign their spending in, but me? I was about to go full on YOLO.

My boyfriend, who will now be referred to as R, was passionate about few things — one of them being KU basketball. He was in love with the Kansas Jayhawks and I was in love with him, so you can just imagine my excitement when I was scouring the internet at 3 a.m. on a sleepless night and found the perfect gift.

A 2008 Championship ball signed by the entire KU basketball team.

I sat there looking at the Ebay screen in semi-disbelief; I HAD to have this item. If I didn’t buy it, someone else was going to snatch it up. 4 a.m. rolled around and soon became 5 a.m. My finger still hovered on the touchpad, debating on whether or not to click BUY NOW. R was in college when this game was played, and I was never going to find anything more perfect.

Screw it. I had spent enough time internally debating; I bought it. What could be the problem? For starters, it was $1,305.29 and my bank account was going to take a pretty large hit. How the hell was I going to keep on top of my portion of rent!? Cue Amazon Mechanical Turk.

For those of you not familiar with MTurk, let me give you a summary: Requesters crowdsource micro tasks (e.g. surveys) to be completed by workers for very little money. It was not uncommon to earn 50 cents for filling out a six-minute survey, though many tasks paid much less. I desperately needed the money to replenish my bank account, so here is some of the hell I had to endure…

I had alarms set on my laptop for certain requesters that paid more money or were known for releasing mass amounts of HITs (Human Intelligence Tasks) all at once. Sure, the HITs were only 2 cents apiece, but if you could bang out a couple hundred of them then it wasn’t too bad. A few bucks for an hour’s worth of work tapping on a laptop may seem horrible (and it is); however, when you don’t have a job it is better than nothing. There were handfuls of nights I’d be up completing tasks well past midnight. I was even part of an active Mturk forum where a bunch of turkers gathered to discuss and post information on the latest batch of HITs to drop.

I’ll admit it was a little fun, especially considering the social aspect of the “job.” Getting paid via Amazon Payments whenever you wanted to cash out was handy too, but boy was I glad when I could finally hang my Mturk hat up once and for all.

Total made over the course of four months of turking: approximately $3,646.80. This included just shy of 19,000 HITs averaging at about $.20 each. It was my daily goal to complete around $40–$45 worth of work, and that could lead me to working a wide range of hours depending on how the day went.

Back to the gift…

Weeks came and went and I kept the ball stashed carefully in the closet with other unpacked items of mine. I checked on it periodically to make sure it was in fact still in the box and didn’t magically deflate or anything. Finally it came time to wrap the box and put it under the tree. No way would R guess what was nestled inside on a pedestal. When Christmas morning arrived, I’m pretty sure I cried from the sheer joy of him being able to open it.

That was almost six years ago and the autographed ball was, and still is, greatly cherished by both of us. It sits alone in a fancy display case on our office shelf. Forever reminding me of the love I have for my husband, and the multitude of hours I spent making up what I paid for it.

What has changed since spending the most I ever have on a single gift?  Fortunately, I have been fully employed for over five years, and haven’t completed a HIT since then.  I’m an avid user of YNAB, but I am stagnant in my ways and don’t want to upgrade to the new version. My husband and I no longer exchange extravagant gifts. If there are presents we keep them small and meaningful, but honestly we’d rather go out for a simple date night instead.

Alexandra Elzein lives in Kansas City with her fur-child and husband who still doesn’t know how much she paid for the basketball. She too is a KU fanatic and has a tattoo of the 1912 Jayhawk on her ankle. #RockChalk

1. We Did Good, Billfold
2. Question Wednesday
3. What I Learned From Five Years of Writing and Editing for The Billfold
4. How a Program Assistant Dealing With a New Paycheck System Does Money
5. Classic Billfold: What I Wanted From My Move to Portland and What I Got
amazon mechanical turkgiftsholidaysthe things we do for the people we loveyolo