“A Sumptuous Feast Frozen Solid”: What Lisa Brennan-Jobs’s Memoir Tells Us About Money 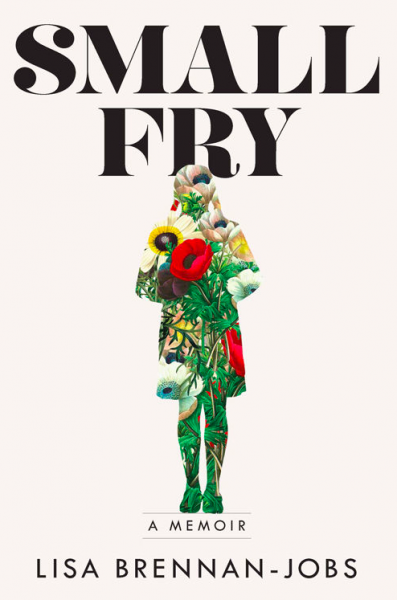 I recently read Small Fry, the new memoir by Steve Jobs’s daughter Lisa Brennan-Jobs, and was struck by how much of the tale was about how it feels to live poor — or at least struggling — in proximity to great wealth. Although initial media coverage has focused either on the emotional relationship between Apple founder Jobs and his daughter or on her growth as a writer, Small Fry is actually much more reminiscent of nineteenth-century novels about the Gilded Age, like The House of Mirth. It’s one of the few well-observed stories we have about Big Money and how it affects the lives of people close to it.

One of the reasons I was moved to pick up Small Fry is that it isn’t a tale of inherited Old Money, but New Gilded Age money; a man whose wealth hit in his 20s and was enough to transform not only his life, but also the valley where he lived and, arguably, the world. It tells a story of two middle-class children of the 1950s California suburbs turned child-of-the-1960s (mother) and titan of the 1980s and beyond (father).

Lisa Brennan-Jobs was, before her memoir, perhaps most famous for being the daughter Steve Jobs rejected. Her mother, Chrisann Brennan, was Jobs’s high-school girlfriend; she went to an Oregon commune to have her baby. Jobs denied paternity for many years, and was absent through Lisa’s early childhood.

Lisa’s mother lived variously as hippie, artist, and on public assistance even as Lisa’s father become a multi-millionaire. In fact, when Brennan-Jobs is in high school (and living with Steve Jobs and his new wife in a multi-million-dollar house), Chrisann goes through bankruptcy brought on, in part, by buying living room furniture. In other words, she wasn’t living large.

These familial extremes bring to mind elements of a fairy tale. Through that prism, we see a distant, cruel king being gazed at by a farm-maid mother and an abandoned child, both of whom could be transformed in the twinkling of an eye if the king were to change his mind. Indeed, Lisa’s life is changed when she becomes a teenager and Jobs invites her to move in.

It’s one of the pleasures of the book to see threads of suburban California history layered against the story’s more fairy-tale elements. Take the title. Jobs called Lisa “Small Fry.” In one of his few dad-like moves, he would say things like “Hey, Small Fry, let’s blast. We’re livin’ on borrowed time” when he came to take her out to roller-skate or for a drive. On the same page, she tells us that at some point she learned that fry was “an old word for young fishes.”

Yet “fry” is used in another place, too. In the epigraph, Brennan-Jobs quotes Shakespeare’s Pericles:

THIRD FISHERMAN: Master, I marvel how the fishes live in the sea.

FIRST FISHERMAN: Why, as men do a-land; the great ones eat up the little ones: I can compare our rich misers to nothing so fitly as to a whale; a’ plays and tumbles, driving the poor fry before him, and at last devours them all at a mouthful. Such whales have I heard on o’ th’ land, who never leave gaping till they’ve swallowed the whole parish, church, steeple, bells, and all.

So, despite the memoir’s careful attempts to provide a nuanced and complicated picture of Jobs, mentioning his charm and (later) dadhood, we also see him subtly figured as a miser from the very beginning.

One of the things Small Fry tells us about money is that having it bestows the capacity to both deny and give — and the choice is highly structured by power relationships to which the pull of emotional ties is secondary. Jobs continually denies Lisa and her mother the basic care money can bring, not to mention its pleasures or solace. It’s hard to avoid the idea that a lot of the denial occurs because he has the power in the relationship and they don’t. The more they ask, the more they need, the more he denies.

How is this shown? Let me count the ways. When Lisa is young, her mother, lacking furniture, persuades Jobs to give them one of his old sofas. He tells her she can swing by his house and pick it up. But when they drop by the house — a mansion in an upper-middle-class Silicon Valley suburb — he is out and the door is locked. Denial 1. Chrisann manages to get in through a window, and she and a friend load the sofa in a van. In some ways, this counts as Denial 2, as delivery probably could have been arranged.

On their way back, police cars with sirens blaring race by. They joke about the police coming after them, but assume the incident is unrelated. But in fact, Jobs tells them later that a silent alarm, connected to local police, is activated when someone is in proximity to the house. So, Denial 3. The police actually were on their tail — and for taking something they’d been promised. Did he set them up to be caught by not being home?

This house, actually, is part of an entire larger pattern of denial. It’s large and seemingly luxurious, with amazing grounds that Brennan-Jobs later takes boyfriends to see. But when she visits at an early age, her father negates the house, telling her he’s going to tear it down. It’s almost as if he shows Lisa and her mother the house, only to tell them it’s not really for them. She’s afraid she’ll never see the inside.

When she does finally get to go inside — he doesn’t tear it down after all — it’s drafty and unfinished, with rickety balconies, no lights on the stairs, and no furniture in many of the rooms. She refers to it as “a sumptuous feast frozen solid.” It’s an uncomfortable and even frightening house, especially for a child.

It has to be said that Jobs seemed to practice a kind of asceticism that’s interesting in a man who could have had anything. After all, he lived with rickety balconies and little furniture as well. But he also had a life counter to the asceticism, in which he possessed anything material he wanted. His closets, for example, were full of suits that even the child Lisa recognizes as extremely expensive. When she is a teenager, he takes her to an I.M. Pei-designed penthouse, and it takes her a while to realize that it’s his New York home. It’s his wife Laurene Powell — who doesn’t need money, who runs her own business — who sees and shares this life.

But Lisa and her mother never get to share in a life where material wants are no problem. In fact, Lisa’s early life is largely defined by not having, in ways large and small. They view buying one mango as a treat, because it’s expensive. His kitchen counters, on the other hand, overflow with “bing cherries from a farm nearby that were allegedly also sent to kings, shahs, and sheikhs, the stems tucked under the fruits arranged in perfect rows.”

Over and over, Jobs has something, he seems to promise it, and then doesn’t deliver, often in ways subtly or overtly cruel. He seems open to buying Chrisann a house, for example, but when she chooses one, he buys it for himself — and leaves her where she is. When he invites Lisa to live with him, she ends up washing the family’s dishes by hand night after night. (One of the many fairy tale-like incidents — Cinderella, anyone?) Why is she washing dishes? Because he refuses to repair a broken dishwasher. When she ultimately calls a repairperson who charges $40 to get it running again, he then buys an expensive Miele dishwasher. Pattern? When she asks, it’s denied. Once she’s no longer asking, the wanted thing is bestowed.

He initially pays for her college education, but suddenly withdraws support. She finds out he’s refused to pay her Harvard tuition when the financial aid office sends a letter. Neighbors end up footing the bill.

As I was reading this book, the lyrics “When there’s too much of nothing/it just makes a fella mean” kept going through my head. I remembered them as being as from an old folk song. But, no, they’re from Bob Dylan. Well, one of the morals of Small Fry is that it might actually be the juxtaposition of too much of nothing alongside too much of something that really makes a fellow mean. It’s not a pretty picture, but it is a skillful one.

1. We Did Good, Billfold
2. Question Wednesday
3. What I Learned From Five Years of Writing and Editing for The Billfold
4. How a Program Assistant Dealing With a New Paycheck System Does Money
5. Classic Billfold: What I Wanted From My Move to Portland and What I Got
bookswealth