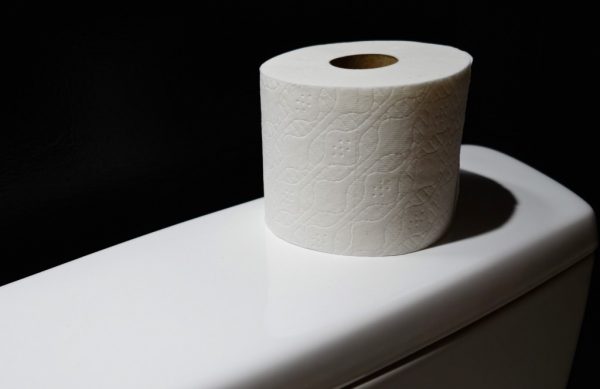 This piece was originally published on October 3, 2016.

Maybe you’ve seen it, the meme about toilet paper. If you’re unacquainted, let me do the honors:

There’s no name calling or in-crowd Internet slang. The tone is measured, cool. (The caption, less so.) But from its throne on high  —  oh lord, wash me clean for all the terrible bathroom puns I’m ’bout to drop in the next few minutes  —  it delivers an unflinching verdict: If you use any brand of toilet paper that’s below my standards, your true nature as a subhuman, shit-swilling germ is surer than the sun’s arc across the sky.

Never mind the opinions of the caption writer, who seems like he would be about as kind to your plumbing as Donald Trump is to America’s minority groups  —  what about the reception to the meme itself?

As of September 26, the post had garnered more than 223,000 likes. That’s 223,000 highly opinionated butt wipers. I had to wonder: Did that number include one of my friends or acquaintances? Someone who had been in my bathroom, recoiled at my choice of non-name-brand toilet tissue, and walked out trailed by their air of superiority, confident that their shit didn’t stink half as much as my putrid consumer choices?

I get the humor, I do. But I’m grossed out at the underlying sentiment. Name-brand toilet paper is pricey. Why ridicule someone who’s being frugal over a product that’ll literally get flushed down the toilet?

It’s time someone came out not only in support of the little guys  —  the 1-ply supporters, those who greet a roll of Charmin in a friend’s bathroom with chagrin, shoppers who quietly navigate away from Quilted Northern  —  but also against the tyranny of Big TP. Because the spectrum of opinions on toilet paper is far more varied and diverse than the stuff itself: rolled up, made of pulped paper, and shockingly white, like a suburban Olive Garden.

The texture (seriously, it’s not that bad)

Sure, cheap toilet paper isn’t soft, but even Scott isn’t as rough as bath-tissue prima donnas would have you believe. The cheapest of cheap toilet papers admittedly trail behind in the absorbency department, but their texture is more akin to a well-loved wool blanket: It doesn’t employ a fancy fabric to misdirect attention from its essential function, which is to keep you warm.

The delicate flowers out there should know that our ancestors basically used bodily weapons when they wiped: according to Mental Floss, “coconuts, shells, snow, moss, hay, leaves, grass, corncobs, sheep’s wool  —  and, later, thanks to the printing press  —  newspapers, magazines, and pages of books.”

If you’re not thankful for every type of toilet paper in that drugstore aisle  —  each one having been specifically designed not to serrate your ass  —  then you need to check your historical privilege. Here’s a fun exercise, now that it’s fall: Next time you walk past a streetlight encircled with hay, just imagine pulling out a chunk of those dried-up nature needles and sliding them between your legs.

In reality, we could argue all day long about the softness or lack thereof of cheap toilet paper, because it’s an opinion-based proposition. But what no one can deny is that the softer, lotion-infused stuff can be problematic. My sister made a good point when we talked about Big TP over the weekend: “It falls apart in your ass!” she crowed. Thanks, elder sib, for that vivid picture. But it really does. A consistent criticism of name-brand toilet paper on online retailers’ sites  —  besides the fact that it stops up your toilet  —  is that it’s “linty.” I’ll take a lint-free bum any day.

Also, the cheaper stuff is found literally everywhere in public  —  the workplace, restaurants, bars on a Saturday night if you’re lucky. Shouldn’t we all have built up a tolerance to it by now? I can see Big TP apologists saying, “When I go home, I want better.” That’s fair. This is America, and if you want to clean yourself with something a couple thickness notches away from a down comforter, that’s your prerogative. But when someone else doesn’t, leave the judgment out of it.

My earnings these days clock in only slightly above the average annual salary for an American worker. With that biweekly direct deposit comes the freedom to buy my own toiletries, including TP. (Full disclosure: I usually spring for the 2-ply store-brand versions, most often Target’s Up & Up products.)

But when I was growing up, my exposure to multi-ply toilet paper was limited. My dad, being the militantly frugal person he is, would make me go to Walgreens with him when Big Roll toilet paper was on sale. (With an uninspired name like “Big Roll,” you know it has to be good!)

I now look back on these trips and lovingly identify them as “Toilet Paper Torture Runs.” Before we entered the drugstore, he’d slip me a coupon  —  marked with “limit one per customer”  —  and some cash. We’d march in, ransack the shelves, and make our purchases. The outings instilled in me not just teenage mortification, but also the realization that these innocent white rolls were an expensive commodity.

No one can argue that high-end toilet paper costs more per square foot. But what one can debate is the worth of the item in the eyes of each consumer. It will never be valuable to me to put even a few dollars more toward name-brand TP. I would rather buy the cheaper stuff every month and spend the money I saved on provisions and spirits, which I will then expel from my body, biding them adieu with the very toilet paper that enabled me to purchase the now-transmogrified items. That, my friends, is the circle of life.

I have an unscientific hunch that other purchasers of cheap toilet paper also wouldn’t spend more on high-end brands even if they could, if their incomes grew significantly. Perhaps they see the more expensive stuff as a luxurious mirage, a wolf in the sheep’s clothing. This product isn’t something you can hold on to and cherish and extract limitless joy from. You wipe your ass with it, and it’s sucked into the sewer system. Why spend more on it than you have to?

Some might say I have Stockholm Syndrome. That if I only let myself wander over the track’s into Charmin’s hood, I’d realize there was a whole new world open to me, one of cottony softness and cartoon bears that force you to ogle their rumps.

But I’m happy with my cost-saving choice. The quality of toilet paper in my bathroom says nothing about my character, just like my furniture and clothes and shoes and car reflect no part of my inner self. Somehow our collective urge to feel superior to our peers has trickled all the way down to our choice of TP. It’s not quilted? You’re not good enough. Only one ply? The cult of comfort finds it lacking, which means it’s instantly anathema.

Let’s reverse this line of thinking. Let’s flush out the bad vibes and dump the name brands from their domineering perches. Because no matter what type of toilet paper you prefer — cheap, expensive, or anything in between  —  you should be allowed to stock your bathroom with it, sans judgment from others.

K. N. Wilson lives in Chicago. She wishes she were half as cool as Larry David.

1. We Did Good, Billfold
2. Question Wednesday
3. What I Learned From Five Years of Writing and Editing for The Billfold
4. How a Program Assistant Dealing With a New Paycheck System Does Money
5. Classic Billfold: What I Wanted From My Move to Portland and What I Got
grocerieshumorshoppingthrowback thursdaytoilets