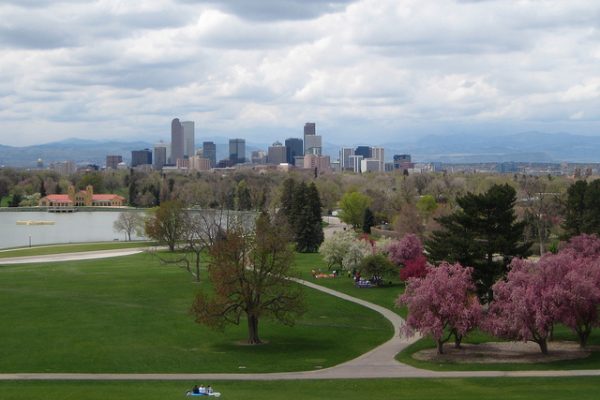 Anthony (not his real name) is a 38-year-old data scientist in the Denver area.

So, Anthony, how much are you making?

Yeah I remember I was just so happy to get a job after being unemployed for a year during the Great Recession, I was happy to have anything. But after a while, budgeting carefully, I can’t remember the author but she said “not drinking lattes isn’t going to save you, you have to earn more.”

Yeah, that sounds about right. 😉

I really connected with your piece on saying goodbye to a career. I used to be an economist.

What did you do?

I looked for something I could pivot to, and honestly got lucky. As an economist I knew math, and I read an NYT piece on a guy that had gotten a computer to offer notes on screenplays. I thought I better learn how the robots think before they take over, haha.

I moved from DC to SF when I found a good role, but man was I insecure when I got to training. Everyone was right out of college. I had jumped then from $63K to $90K and felt like I was in a rap video… for a few weeks till I signed a Bay Area lease. I was actually taking home less than I did in DC.

Haha, I bet that wasn’t cheap.

Also, having roommates 10 years younger than you can be enriching, but has its challenges.

So how’d you get from the Bay Area to the Denver area?

I grew up, and I was tired of the Bay Area. I quit a job at a startup I’d had for only a couple of months ’cause they were being unethical. I quit without a Plan B and $7K in my savings. Told my mom and dad the situation and said I might need to stay with them for a few weeks. (I grew up in Denver, I should clarify.)

Makes sense. So you stayed with your folks and then, I’m assuming, got another job?

I was very, very lucky to have a job lined up before I even left San Francisco. Data Science is hot right now, but I am still amazed when recruiters call me back. I don’t know if I’ll ever fully get over the psychological scars of the Great Recession.

Yeah, I’ve heard a lot of people talking about that now that we’re at the 10-year anniversary.

It’s been on my mind a lot this fall. While I was unemployed, for example, I got sick and did a week in the hospital with no insurance.

Oh wow. How much did that cost you?

$10K. I let it go to collections, having read a bit about how medical collections work. When the collectors called, I said we should make a deal. By then I had a job, and I got a personal loan from a bank for the $5K I agreed to pay. THIS IS NOT MEANT TO ADVISE OTHER PEOPLE TO DO THE SAME THING. CHECK YOUR STATE LAWS.

We don’t talk enough about personal loans. They often come with much lower interest rates than credit cards.

Way, way better. And they self-amortize.

So what was your recession story, aside from getting sick?

I was in DC during 2010, six months no work, had six months of contract work, another six months of no work, hospital, then a job. I went from DC to SF from 2013–2018. In March of this year I quit and moved to Denver. It was scary because I was probably TOO aggressive about paying down debt. I got a signing bonus and the full thing went to finish off my student loan.

Congratulations! How big were those loans?

At the max they were $33K, smaller than a lot of people’s loans. But the last check I wrote was for $19K. Thanks for the congrats. It didn’t feel the way I expected.

I thought I would feel free like a bird, but it sorta felt like nothing. I was glad, but it wasn’t like winning the Super Bowl. My only goal for the past several years was getting debt-free, and I made WAY less progress on my debt than I had hoped in SF.

Because of the cost of living, I’m assuming.

Yeah. In SF I drank a lot of PBR. Not because I am “hip” or “like the taste” but everything else was more than $7 AT HAPPY HOUR.

What’s your current libation of choice?

There’s a lot of different beers here in Colorado, and I don’t feel like I’m blowing my money if I have something that actually tastes good. I can have whatever I want and not feel guilty ’cause they’re all $4.

So what are your major expenses right now, and how much of your income do they consume?

My highest variable expense is probably dining out, which I do more than I think I should, but I don’t have to think about it too hard anymore, and my tastes aren’t fancy.

The rest I’m saving. All in all, I’d say I’m able to comfortably save $4K–$5K/month, depending on the month.

Where do those savings go?

Right now, savings account. I know, facepalm, but the stock market looks over valued to me, and I want cash. It’s also that sorta recession PTSD. I know how investing works, I’m a trained economist. Even still, like I how I know planes are safe and I still get nervous, I don’t want to risk being back at $0.

No, not exactly $0. With the grand $35 I had left when I finally got employed again, haha. “Started from $35 now we’re here” would not be a club banger.

I’d dance to that!

Where do you see yourself financially five years from now?

Hopefully able to know I could go a really long time without work. I’d like to have $500K in combined assets. I am also scared to buy a house, but maybe I could do that by then as well.

What’s your current net worth?

January of 2012 to today. A little less than six years.

Not bad. And since wealth tends to grow exponentially, I could definitely see you hitting $500K in the next five years.

Yeah, if I do something with my money other than functionally burying it in a jar. I remember thinking my grandma, who grew up during the Great Depression, was weird for driving 10 miles out of the way to save a nickel on a pound of melon, but I get it now. There should be therapists that focus on money issues.

Well, there are financial advisers, but they don’t always act in your best interests.

Yeah, and they can help some people but I know all that stuff (not to sound too snooty).

Right. Once you have the basics of saving and spending down, and if you opt out of investing, there isn’t much left in terms of advice.

Yeah, balance your portfolio, leasing a boat is not a retirement investment.

With that in mind, what advice do you have for Billfold readers? Especially if we do end up with another recession?

I like Warren Buffet’s “be fearful when others are greedy, and greedy when others are fearful” A recession, even a major, world altering one can’t be precisely predicted but it will happen. Like the “Big One” in Cali.

Prepare for the worst if you can. If you can’t, I know how you feel and I hope with all my heart it gets better.

If you would like to be part of a future Doing Money column, email nicole@thebillfold.com.