What It’s Like to Break Up With a Career 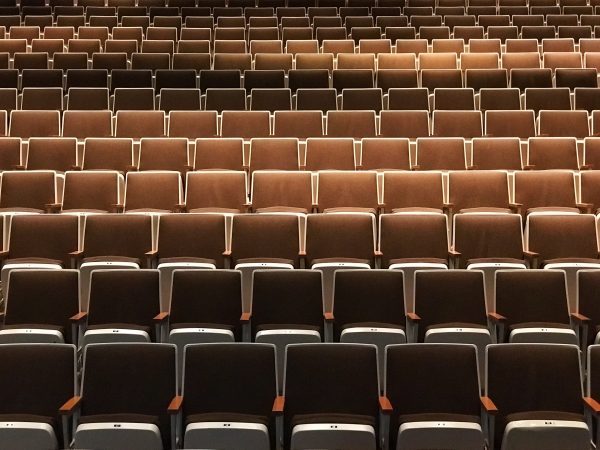 Photo by Tyler Callahan on Unsplash.

In yesterday’s advice column (the new PhD looking for advice on how to stay in the field without becoming a permatemp), I wrote “I could do a whole post on what it’s like to break up with a field, because I’ve done it, and it’s hurt just as badly as breaking up with a person.”

It’s more than a bit presumptuous to tell a freshly-minted PhD that they may have to consider changing their career goals, which is why I focused the majority of my advice on “do whatever you can to get ready for those MLA conference interviews” and “ask your temp job for some unpaid days off so you can GET READY FOR THOSE MLA CONFERENCE INTERVIEWS.”

But I remember the devastating feeling of coming to the end of my MFA in theater and understanding that I would be very unlikely to ever get an academic job in a theater department — which, before y’all are “MFAs are practical degrees, not academic ones,” I’ll jump in and say that this particular program was designed to train us as both artists and teachers. I chose it deliberately; my parents both work in academia and I knew the advantages of being able to build a dual career as a professor and a professional artist. (Tenure is one advantage, as is is the ability to use flexible schedules and summer breaks to blend two typically low-paying jobs into a more reasonable income.)

My professorial ambitions officially ended on the day when our newly-hired department chair changed the graduate school grading system. Going forward, Cs would represent “competent but average work,” Bs were for “excellent work,” and As would only be given to “outstanding work, the kind that you might find from some of the greatest directors out there.” I had gotten all As previously, because grad school generally works on a pass/fail where you either get As or you get asked to leave, but suddenly I had a transcript full of Cs.

I’d been on faculty hiring committees, because I was the kind of responsible, can-read-60-CVs-in-an-hour person who gets asked to represent the student body on hiring committees, and I knew that a a C student didn’t have a chance in the academic hiring market.

So that was that.

Some of my MFA classmates did end up becoming artistic directors at professional theaters, or putting together gigs as directors-for-hire, so that path might still have been open to me. But I got the strong sense that I was being pushed out. When I enrolled in the program, grad students were supposed to have the opportunity to direct their thesis show as part of the department’s Mainstage Season; by the time it was my turn, they’d changed the rules and I was the first and only person in my cohort to be told that my thesis would be part of the Secondstage Season.

I was competent, perhaps, but average.

I was also angry, which was a good thing in my case because it made it easier to leave. If there had been some string of hope connecting me to a future career in the theater, I probably would have tied myself up in it; but I’d had the conversations and done the informational interviews. I’d even asked whether I should pursue high school teaching, only to be told that I’d need to start all over and get a whole different degree.

This was during the food stamp years, since our department included “get on food stamps” as part of the unofficial New Student Advice, which made me both angry and hungry. I was not about to embark on yet another graduate degree. I was going to figure out how to earn money and I was going to start right away.

I hauled all of the theater books I had collected over the past who-knows-how-many years to the student lounge, spread them out over a table, and sold them to undergrads and new MFA candidates. (I was still theatrical enough to compare myself to Prospero.) I asked one of the faculty whom I trusted how I could get a job that paid at least $50K per year, and he said “with your skills, you should become an executive assistant.” I went to the campus career center, the only grad student in a sea of seniors, and practiced interviewing.

Then I moved to Washington D.C. because I could sleep on my sister’s floor while I looked for work, and eventually got a temp-to-hire position as an executive assistant at a think tank.

So. I’ve told you what I did, but I haven’t told you how it felt. (One of the oddest moments in my grad student career came when I was placed on “emotional probation;” they couldn’t put me on academic probation since I wasn’t doing anything wrong academically, but they could tell me that I lacked the necessary emotional core and that I’d have to find/fake it by the end of the semester.) It was like the worst breakup I’ve ever had, even though I wouldn’t have that breakup for another seven years. It was the understanding that I had to throw out all of my plans for the future; that everything I’d been working towards had come to nothing; that the same people who had once encouraged me were now telling me they were no longer interested. That I wouldn’t get to spend time with those people, or any people, doing this thing that I loved so much that, as a child, I’d written “theatre and musical theatre are my passions in the world” on the first page of my journal.

Grad school taught me a lot of things: how to teach, for example, and how to work within a hierarchy. (This is a lesson many people don’t get until their first entry-level job, and I am grateful to have gotten that particular talking-to early.) But one of the biggest lessons I learned was how to move on. To know when something is over; to sell your books; to start again.

And, when the time comes, to fall back in love.

I’m still working in the theater, off-and-on, even though I was sure I’d never set foot on another stage. I’ve done cabaret shows, I was part of an original musical, I was in the chorus for Ragtime this spring, and I’ve already signed on for another show this fall. The parts of life that you love can still be part of your life even if they aren’t your full-time job.

Also, finding a career path where they want you just as much as you want them is one of the best feelings in the world, and it makes me wonder why I wasted so much time pursuing a professional career in an industry that kept telling me no, over and over.

But that’s what you always wonder, after you get to the end of a bad relationship.

1. We Did Good, Billfold
2. Question Wednesday
3. What I Learned From Five Years of Writing and Editing for The Billfold
4. How a Program Assistant Dealing With a New Paycheck System Does Money
5. Classic Billfold: What I Wanted From My Move to Portland and What I Got
careerssorry this one is late it had a lot of words and feelings