Has “Financial Independence” Been Downgraded to “Work-Life Balance?” 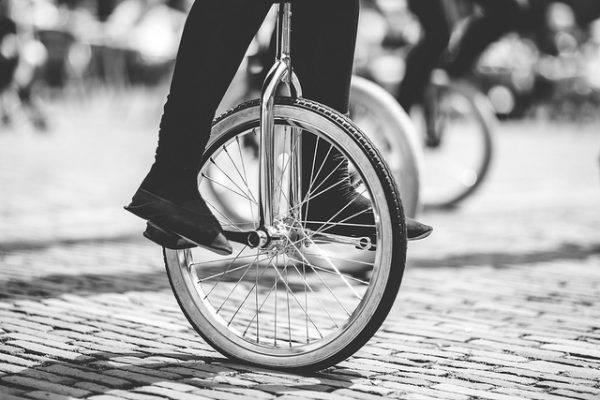 Like some of y’all, I occasionally do the math on whether I might be able to retire early. The math never says yes, but that doesn’t stop me from reading financial independence blogs and books (and subreddits) like it might someday happen, as long as I continue living a frugal lifestyle and saving as much money as possible.

Except… I’m sensing this shift in the way we talk about financial independence. Mr. Money Mustache’s recent post, “What Everyone Gets Wrong About FIRE,” sums it up:

Everybody uses the FIRE acronym because it is catchy and “Early Retirement” sounds desirable. But for most people who get there, Financial Independence does not mean the end of your working career.

Instead it means, “Complete freedom to be the best, most powerful, energetic, happiest and most generous version of You that you can possibly be.”

This freedom includes finding/creating a job that is important to you while having enough time left over to live the kind of balanced life that now seems aspirational: work, play, sleep, family, friends, community, purpose.

And sure, Mr. Money Mustache’s post still emphasizes that some people will be able to retire early or be truly financially independent — but the rest of us might only be able to set aside enough money to be a little more choosy about our employment.

Which, all in all, isn’t a bad thing. By those standards, I’m financially independent; I have a high level of control over the kind of work I do and the amount of money I earn, and my work-life balance is better than it’s ever been, thanks in part to moving to a lower cost-of-living area with a stronger sense of community.

When I interviewed Your Money or Your Life co-author Vicki Robin this spring, she also commented on the changing definition of financial independence. The first edition of Your Money or Your Life, published in 1992, advised people to put money in Treasury Bonds and live off the returns; the newest edition has slightly different advice. As we discussed in the interview:

“I think that there are levels of financial independence,” Robin said. “The first level is liberating your mind. Once your mind is liberated from consumer culture, you can start saving more money, like you’re doing. The second level is getting out of debt, which you’ve done. The third level is having three to six months of expenses. Level four is the DIY financial floor, which I’d say is around $100,000 [in savings/investments]. At 4 percent interest, or a 4 percent withdrawal rate, that’s a little puny but you’re not going to fall through the bottom.”

Which, again, this is all good. If some of us won’t ever be able to save enough money to live off investment returns for the rest of our lives, but will be able to save enough to craft the kinds of lives we want for ourselves, great. But I get hung up on two things: first, this type of work-life balance shouldn’t only be available to people who have enough money to say no to certain types of jobs, and second, it’s going to be hard to achieve even that definition of financial independence without having what you might call a winning combination of skills/abilities/privileges/luck. To be able to choose your own work implies that your skills are valuable in the marketplace. To achieve work-life balance implies that you have access to a particular set of jobs that are not designed to squeeze the maximum value out of every employee.

But inequality has always been baked into the system, as it were — which makes me think that we won’t have true financial independence until we make a more financially independent world for everybody. Vicki Robin spoke to that, too:

“I call it the ABCs of Wealth. A is for your abilities: the more you can do to build wealth for yourself and others, the better. B is for belonging: building your personal relationships with friends and family. The more you invest in that, the less you need money to buy your way through things. Building friendships is one of the most important things in life, and we ignore that because we’re monetizing everything. C is for community: understanding that where you live makes a difference in what life costs.”

I am disappointed at the tacit admission that not everyone will be able to FIRE (though I already knew that not everybody would; the math doesn’t hold up), and that for many of us, the best-case scenario is having a job that gives us enough extra time to have a life, but I feel a little better about it if I keep thinking about the community thing.

1. We Did Good, Billfold
2. Question Wednesday
3. What I Learned From Five Years of Writing and Editing for The Billfold
4. How a Program Assistant Dealing With a New Paycheck System Does Money
5. Classic Billfold: What I Wanted From My Move to Portland and What I Got
financial-independencefireretirementsavingwork-life-balance