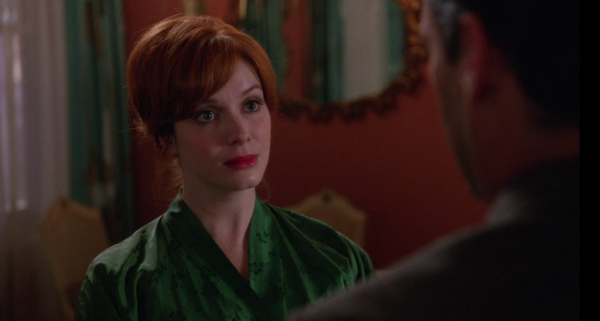 To celebrate The Billfold, we’re sharing some of our favorite posts. This piece originally published on January 20, 2016.

You’re telling your own story: You graduated college and you’re a grown-ass woman now. Tina Fey is your hero; Beyoncé, your preacher.

You know how to take care of you. You’ve learned self-defense. If any man ever hit you, you’d rip his eyes out. You’ve seen Mad Men, and if anyone ever sexually harassed you at work, you’d tell him to fuck right off, throw your coffee in his face, and wave two middle fingers as you marched out the door.

Your car? It’s the car of a college student. You get a lease, graduate from the rusted Civic to last year’s Accord.

You get your first student loan bill, and look at all those numbers.

Your life turns into a stock photo tagged “young professionals”: you and your new work friends, hanging out at the bar across the street from the office. The cocktails cost twice as much as you paid when you still measured time by semesters and nights by cans of PBR.

The college boyfriend gets serious. You move into his place, spruce it up by buying your first coffee table together. Ikea lets you put half on your newest credit card.

Your internship ends before you find a permanent job. You pay minimum payments, then max out your cards again buying two days’ worth of groceries and filling your gas tank half way.

Your bank app upgrades to a new feature that combines all your balances — the shiny Nordstrom card with the Visa and the Chase Freedom you were only supposed to use for emergencies — and tells you that somehow you owe people seven thousand dollars.

Your boyfriend offers to cover the rent for a while. You get a job a few months later, but you’re that many loan payments behind. Your first paycheck feels like a breath of air that gets sucked right out of your lungs.

Your new boss, who seems nice, calls you in his office, shows you a picture of his kids. He jokes about his son, then as you’re laughing, he puts his hand on your arm, gives you a little squeeze. You smile it off.

You wait to pay the electric bill while you’re gathering up the half you owe, and the lights go out. On your phone you see the email about the $50 late fee. Your boyfriend asks how you could be so stupid. “I am not stupid,” you say. You would never be with someone who called you names, but you would never be able to make first, last, and deposit right now, either.

You say yes to payday P.F. Chang’s with your new co-workers, because you want to make friends, your turkey sandwich sounds boring, and what’s one more charge? You buy a halter dress you know you can’t afford, because it makes you look like the successful young woman you want everyone to think you are.

Your boss tells you that you look nice in that dress, asks you to do a spin. Just to get the moment over with, you do.

Your boyfriend asks you how much you paid for it, says it makes you look chubby. You lock yourself in the bathroom until he bangs on the door so hard you think he must have hurt himself. After he falls asleep, you search Craigslist for places, and can’t believe how expensive rent’s gotten around town. You erase your Internet history and go to sleep.

A few weeks later, your boss calls a one-on-one in his office, walks up behind you, and stands too close. His breath fogs your neck. His hand crawls up your new dress. You squirm away. He says, “Sorry, I thought…”

You know what to do. You’re just shocked to find you’re not doing it. You are not telling him to fuck off. You are not storming out. All you’re doing is math. You have $159 in the bank and your car payment and your maxed out credit cards and you’ll die before you ask your dad for a loan again and it all equals one thought: I need this job.

“It’s ok,” you hear your voice saying. “Just forget it.” You scurry out of the room, survey the office half full of women, and wonder how many of them have secrets like the one you’re about to keep.

At the apartment, your best guy friend calls. After you hang up, your boyfriend says you laugh too much with him, that you’re flirting with him, probably sleeping with him. You say it’s not like that. You yell, he yells. You try to leave, he blocks your way. When you struggle to get by, he grabs your wrist in the exact way they pretended to in self-defense class, and you know to go for the eyes, but you don’t know how to go for his eyes. He yanks you back until you fall and crack the coffee table.

He seems so sorry, cries, even, so that night you lie down in the same bed. You stare up at the dark and try to calculate how long it would take you to save up the cash to move out. Telling yourself that he’s sorry, convincing yourself it was an accident, discounting this one time because he didn’t hit you, exactly, seems much more feasible than finding the money, with what you owe every month. The next time you go out as a couple, his arm around your shoulders, you look at all the other girlfriends and imagine finger-sized bruises under their long sleeves.

Wait. This story sucks. If it were one of those Choose Your Own Adventures, here’s where you’d want to flip back, start over, rewrite what happens to you.

You graduated college and you’re a grown-ass woman now. Tina Fey is your hero. Beyoncé, your preacher.

If any man ever hit you, if anyone ever sexually harassed you, you’d tell him to fuck right off. You want to be, no, you will be the kind of woman who can tell anyone to fuck off if a fuck off is deserved, so naturally you start a Fuck Off Fund.

To build this account, you keep living like you lived as a broke student. Drive the decade-old Civic even after the fender falls off. Buy the thrift store clothes. You waitress on Saturdays, even though you work Monday through Friday. You make do with the garage sale coffee table. It’s hard, your loan payments suck, but you make girl’s night an at-home thing and do tacos potluck.

You save up a Fuck Off Fund of $1,000, $2,000, $3,000, then enough to live half a year without anyone else’s help. So when your boss tells you that you look nice, asks you to do a spin, you say, “Is there some way you need my assistance in the professional capacity or can I go back to my desk now?”

When your boyfriend calls you stupid, you say if he ever says that again, you’re out of there, and it’s not hard to imagine how you’ll accomplish your getaway.

When your boss attempts to grope you, you say, “Fuck off, you creep!” You wave two middle fingers in the air, and march over to HR. Whether the system protects you or fails you, you will be able to take care of yourself.

When your boyfriend pounds the door, grabs your wrist, you see it as the red flag it is, leave a post-it in the night that says, “Fuck off, lunatic douche!” You stay up in a fancy hotel drinking room service champagne, shopping for apartments, and swiping around on Tinder.

Once your Fuck Off Fund is built back up, with your new, better job, you pay cash for the most bad ass black leather skirt you can find, upgrade to the used but nicer convertible you’ve always wanted, and start saving to go to Thailand with your best friend the next summer.

It’s a story no one ever told me.

It’s the kind I’d hope for you.

Paulette Perhach has been published at Salon.com, The Journal, and various other newspapers and magazines. She collaborated with the Hugo House writing center to produce The Writer’s Welcome Kit, an online course that helps new writers figure out where to start. Follow her on Twitter or Facebook if you’d like.

1. We Did Good, Billfold
2. Question Wednesday
3. What I Learned From Five Years of Writing and Editing for The Billfold
4. How a Program Assistant Dealing With a New Paycheck System Does Money
5. Classic Billfold: What I Wanted From My Move to Portland and What I Got
classic billfoldlife-lessonssaving