Ask Nicole: How Do I Get a Raise and Time Off While Still Working in My Field? 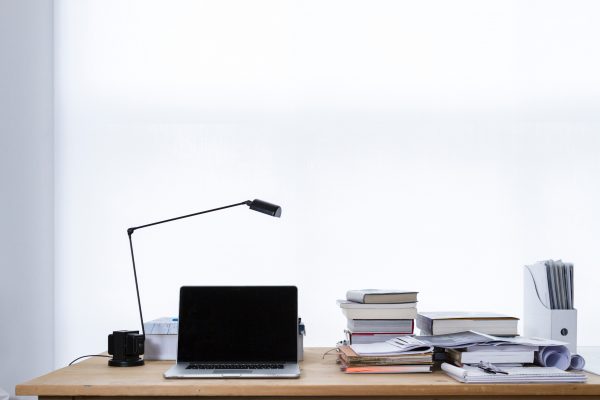 Photo by freddie marriage on Unsplash.

I’m a recent humanities PhD with lots of student loan debt struggling to get my life together. A few months before I finished my degree I started an internship at a pretty awesome nonprofit. When one of my coworkers departed (right around the time I defended my dissertation), I took on her duties as a temp. My temp contract has been extended twice, and at this point I’ve been working here for just over a year. My job is directly related to my research field, and unless I manage to get a tenure-track position, I’m not likely to find something else where that’s the case. But there are some problems:

I’m not sure exactly what my question is. I guess I’m looking for the magic answer that gets me a raise, some time off, and a way to keep working in my field, but I don’t expect you to be able to find it. Maybe I just wanted to complain about money to someone who knows about money things.

Probably-not-relevant postscript, just because I want to prove that I’m not a total failure or something: by all accounts I’m good at research in my area. I was long-listed for a couple of positions during last year’s job cycle, and my mentors want me to apply again this year. (Tenure-track jobs are posted in a cluster in a fall, and there are typically 15-20 TT jobs worldwide in my field per year.) I had four peer-reviewed articles published before finishing my PhD, and several more are in the works, theoretically. But I haven’t done anything with any of them for months, because burnout.

I remember temping. All of the stress of a full-time job, none of the benefits, and about 60 percent of the pay. This isn’t to say that I didn’t appreciate my various temp gigs — they kept rent and food on the table — but I remember the dreariness of standing at the bus stop every morning, going to an office where I wasn’t part of the team, and coming home too tired to do any of the creative work that I had promised myself I would get done. The internet was still a few years short of being our default staring option, so I got really invested in Without a Trace and Judging Amy.

I had gone into temping specifically because I thought I’d be able to dip in and out of temp gigs while doing the work that would get me to the next stage of the career I really wanted. That was how it had been pitched to me, as an artsy college student. Temping was like waitressing for people who could type. You’d have enough time to do your “real work” between shifts, and nobody would care if you quit on a moment’s notice.

Well. That may have been the way it worked in, like, the 1970s — but by the early 2000s, neither temp agencies nor restaurants wanted people who were picky about jobs, had periods of unavailability, or quit on a moment’s notice. The Onion ran its joke article “Temp Hides Fun, Fulfilling Life From Rest of Office” in 2002, but the idea that a person could use a temp gig as a way to get paid while “translat[ing] 41 pages of Alexander Pushkin’s unfinished novel Dubrovsky for a new English version he dreams of one day publishing” was already outdated.

And that was before the whole “permatemp” thing.

This is all to say that, although I can’t ever know exactly how you feel, I do know how dismal it is to temp for an extended period of time. You’ve been temping for a year at this point, with no end in sight — and although I get that there’s been restructuring and etc., the real reason you’re not a permanent employee is because they can’t afford to pay you what you’re worth.

They can afford to give you some time off, though; certainly a long weekend, maybe even a full week if you ask for it. The non-profit you’re working for wants to keep you around because you have already proven yourself capable of doing the work, and since they won’t have to pay you for your time off, it’ll be a win-win. If you’re working through an agency, they may pressure you to forego the time off request because they won’t get paid, but they also know the value of having a reliable worker in a long-term position with a client, so they’ll probably be cool with you taking a few days of vacation.

Yes, that means taking unpaid time off, so I get why it might not be feasible right now. But if it is, I encourage you to ask for it — first because you’ll benefit from the break and second because the non-profit might realize just how essential you are to their operations. (The more days you take, the more time they have to miss you.)

The non-profit might also be happy with the arrangement as it stands. (See above re: they can’t afford to pay you what you’re worth.) I used to be an executive assistant at a non-profit that hired temps — in fact, I started working for them in a temp position — and when we found a temp we loved, we started doing that permanent-job paperwork pretty much immediately. That was ten years and one economic crisis ago, so things might be different now. But I’m a little confused about what “we’ve done some of the paperwork to make it real” means, in your case. Have they offered you a job? Have they asked you to create a job listing that they’re going to post on Indeed? Have they asked you to input your resume into some online system so they can look at it in the future?

I’m also a little confused because what you really want isn’t this job. You want a tenure-track position. You have one more good shot at the TT hiring market before the recent-graduate smell wears off (maybe two, if you spend this upcoming year publishing and building up your experience), and the MLA conference is a little over a month away. I’m assuming you’ll be doing academic job interviews at MLA because you’re in the humanities, and if that is the case I would advise you to do what you need to do to clear out your burnout now. Ask for your long weekend today. Reach out to your mentors tomorrow. Block whatever lovely websites make your brain all mushy, if you have to. Update your CV and set up mock interviews and put new clothes on a credit card and accept that you might have another month or so of Doom Time, only this time it’s because you’re carrying a ring up a volcano and you will reach the summit.

And then you’ll either have a tenure-track job or you won’t, and your non-profit will either have offered you a permanent job or they won’t, and if both results turn up nil you can start looking for a new gig while temping. It may or may not be in your field, but ideally it’ll come with a raise and paid vacation days.

I could do a whole post on what it’s like to break up with a field, because I’ve done it, and it’s hurt just as badly as breaking up with a person. Instead, I’ll give you one more piece of advice: listen to the episode of Oh My Dollar! where Lillian Karabaic talks about how working in non-profits gave her a skewed view of her own value. Some non-profits — not all, of course — believe that the cause is more important than the paycheck or the work-life balance, and it takes leaving the non-profit world to realize that there are more opportunities (and more income) than you’d previously thought were available to you.

Something where your employers can afford to pay you what you’re worth.

Want to submit a question for this still-kinda-new advice column? Email nicole@thebillfold.com.

1. We Did Good, Billfold
2. Question Wednesday
3. What I Learned From Five Years of Writing and Editing for The Billfold
4. How a Program Assistant Dealing With a New Paycheck System Does Money
5. Classic Billfold: What I Wanted From My Move to Portland and What I Got
academiaadviceask nicolecareer changescareersI have neither seen nor read Lord of the Ringsjobsnon-profitsthe academic world can be a lot like the non-profit world in terms of the cause being more important than the paycheck