Throwback Thursday: What It Cost Me to Make Each Minute of My Six-Minute Film 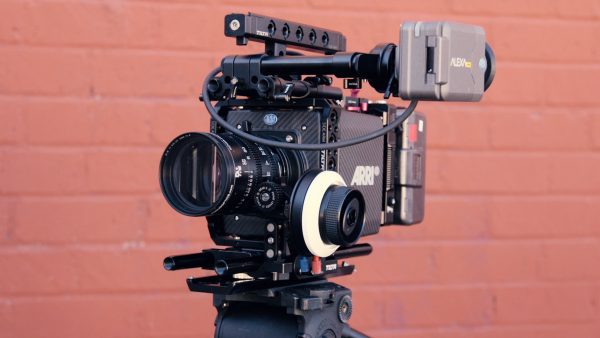 Photo by ShareGrid on Unsplash.

I was sitting on a short script that felt like the best writing I’d ever done  —  a five-page prelude to a feature I’d been developing for several years  —  and it had been too long since I’d directed anything.

So I called a meeting with Melia, my writing partner, who would also star in the film, and Jon, our producer, who would double as the cinematographer, and told them, “Hey, let’s make a movie! I’ve got $3,500.”

I laughed. Producers always want more money. It’s their job to ask for more money. So we pretended the budget was $3,500, and I hoped we could do it for $4,000, and Jon of course was right all along.

Here’s what we spent:

The Screen Actors Guild minimum for a short film is $100/day. Technically, three actors for two days should have cost $600, but Melia waived her $200 fee.

$50/day for our incredibly capable 2nd AD, who agreed to work for a pittance because he wanted film experience. Ricky stepped in as our 1st AD, at the husband rate of $0/day.

This covered food for our cast and crew of 12. Quite tasty, mostly vegan/gluten-free food, because Jon and I believe in pampering people when you’re paying them shit. Also included: a case of Red Bull, which was a big splurge at $22.29, two camp chairs at $16.49 each (a courtesy when you’re asking people to hang out on the street), and $11.98 for the two comfiest robes I could find at Goodwill (a necessity when you’re asking talent to run around naked).

$17.44 for “greeked” vintage cigarette packs from this amazing place. Ricky brought me two choices, a spot-on faux Marlboro called “Montana” and a more old-timey one called “Lord Dennis.” I went with Lord Dennis. Not included: four or five packs of herbal cigarettes Melia picked up, and a vintage Zippo J.J. bought that ran out of flint just before we started shooting. He wound up using an orange plastic lighter that fortunately doesn’t show up on camera.

We had budgeted $50/day for our kick-ass, fresh-out-of-film-school gaffer and assistant camera person. At the last minute Jon upped the rate to $100, which, for a 12-hour day, was just barely minimum wage in California. Jon did not get paid.

We had budgeted $100/day, which was completely unrealistic, especially for an experienced hair/makeup person who shows up with her own kit. I found someone great and I talked her down to $200/day.

We had budgeted $100/day, which, again, no way in hell, especially for a sound person who comes with his own gear. Following a recommend of a recommend of a recommend, I finally found someone willing to work for $200/day. He did his job well, rarely spoke (I love that in a sound guy), and rolled around with a little stereo strapped to himself, playing 90s hip hop between takes.

One of my mechanics drives a 1960something Volvo sedan, and not only did he agree lend it to us, he came downtown with his wife and her Chihuahua and served as our stunt driver. Ricky slipped him $50.

We ran into eight or ten different sets of cops over the course of the two-day shoot. All of them were friendly and not one asked to see our permit. (One did offer some solid real estate advice: buy in the Arts District.) But… Jon insisted that if we were going to have naked actors on the street, in the middle of the night, we had to have permits.

I hate that permits/insurance ate up so much of our budget, but the lighting equipment was donated, as was the camera. We couldn’t afford not to buy insurance.

I didn’t budget a single dollar for post-production.

My editor and my sound designer both worked for free, as did Ricky, who designed the titles and served as post-production supervisor. Melia’s ex-boyfriend wrote and recorded an original piece of music for us, for free, while they were in the middle of breaking up. That was very cool of him.

Thus far I’ve spent $632.67 in festival submission fees, and that number will more than double by the end of next summer.

I consider this a bargain. I really do.

Laramie Dennis is a theater-director-turned-filmmaker, based in Los Angeles. You can check out the trailer for Greasy Heart over here, and follow her here or here for updates about screenings and whatnot.

1. We Did Good, Billfold
2. Question Wednesday
3. What I Learned From Five Years of Writing and Editing for The Billfold
4. How a Program Assistant Dealing With a New Paycheck System Does Money
5. Classic Billfold: What I Wanted From My Move to Portland and What I Got
moviesthe-cost-of-thingsthrowback thursday