How Not to Save Money by Making Your Own Clothes 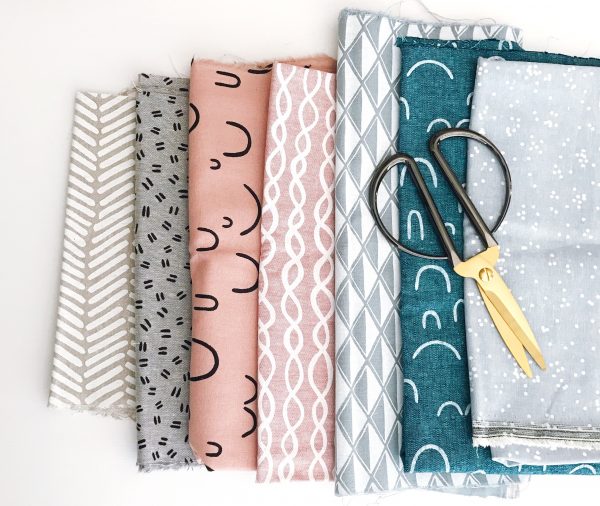 There are two major pitfalls of being a serious vintage fashion lover. The first is that polyester truly does not breathe. The second, less immediately apparent but waiting to sucker-punch your spirit and then lurk around the edges of your mind forever, is that the supply of kicky, Op Art Sixties minis and flowing, psychedelic Seventies maxis is finite.

Early-ish in my twenties I examined my wardrobe and clocked a slow-moving catastrophe: a growing number of dresses that I couldn’t bear to part with because of their excellent design, even though the material itself was getting baggy, pilly, and stained. The solution seemed obvious: if I learned how to sew my own clothes, I would have an endless supply of perfectly fitting garments, for basically free. Right?

I found a place in the Garment District that offered sewing classes and promised I would emerge out the other end with a solid set of skills. This was months before the debut of Project Runway, and despite the skepticism of a friend who sniffed, “Sewing isn’t a very feminist hobby,” I felt like I was onto something huge — if not the NYC-based fashion student trendsetting creative class, then at least the unexpected creative hobby that reaps benefits year after year.

The instructor had been sewing for thirty years, she informed us, and she made her own clothes. She had the kind of New York accent that is practically an endangered species these days, and she used it to tell us not to be scared of horizontal stripes. “No one wants to make a skirt with horizontal stripes, but let me tell you: men don’t give a shit about what way your stripes are going. Sexual attraction is all about smell!” For some reason, I took this as an opening argument, and cracked, “But don’t women really dress for other women?” She stared at me coolly for just a moment. “I don’t care if you’re straight, gay, lesbian, whatever. It’s all about pheromones.” She had a ready supply of dicta like this, combining gimlet-eyed New York-style observations with a splash of tunnel vision, but she knew her stuff, and walked us through all the essentials of garment construction.

I learned about seam allowances: the little bit of extra fabric at the seam that allows you to let out a too-small garment (good luck finding those on industrially produced clothing these days). I learned that “notions” is what you call sewing supplies, that the iron is your friend, that you must always thread a sewing machine front to back, and that sometimes the only way out is to literally rip your work apart and start over. At the end of the class, I had made a small bag and a simple skirt with an elastic waistband. At about $400 (class + materials + notions), plus whatever I spent on a sewing machine, it was the most expensive skirt I’d ever owned, but once I amortized the cost over all the kicky, handmade garments in my future, it’d be a steal.

The instructor’s recommendation was to make another skirt as soon as possible after the class ended, using the same simple pattern. According to my calculations, instead of having one $400 skirt, I’d have two $200 skirts! My plan was working already. Flush with triumph, I finished the second skirt and then didn’t sew for a few years, for reasons including (but not limited to) a seven-month stint in Argentina and the theft of my sewing machine.

Eventually I got a new sewing machine and decided to have back at it. I pulled out an old dress that had been hanging out in my sewing box for years, optimistically stuck with pins marking where I wanted to take it in. When I was done, it looked just a bit asymmetrical, as if my waist had a natural curve on one side… and an entirely unnatural curve a good six inches lower on the other. I consoled myself: altering a dress was surely an entirely different skill set from working with a pattern, and for all I knew, it was much more difficult than making a garment from scratch.

I considered making a third skirt, but I prefer dresses, so why not just skip to that? I bought a pattern that seemed relatively simple, picked up some fabric at Mood, and got started. I cut out all the pattern pieces and then sat down with my new copy of Sewing for Dummies, in which I learned that trying to make a garment without having washed the fabric first was “a little like eating an unbaked apple pie” — theoretically possible, but not recommended. The only way out is through, I thought, and forged on, creating a dress that could generously be described as the sartorial equivalent of the terrifying clown crib Homer Simpson makes for Bart in “Lisa’s First Word.” (That’s the episode that gave us “Can’t sleep. Clown will eat me.”)

Despite the care I had taken to pin everything in place and notch the seams just so, I had created… a schmatta. And now I had to wear it. “You’re on boob patrol,” I told my then-boyfriend (now-husband) as we headed to a picnic. “You have to tell me when my bra is showing.” He eyed me skeptically. “It might be easier,” he replied, “to tell you when it isn’t showing?”

That was the last garment I tried to make — once I figure in the replacement sewing machine, fabric, books, and supplies, each one cost me about $200, not to mention the dozens of hours I put into the task. I have had to accept that, aside from undeferrable mending and hemming, sewing is not my game. I lack the requisite patience, focus, and stick-to-itiveness. Just last week, I had to pull a pin out of my buttock when I tried to wear a dress I had forgotten I was in the middle of hemming. Now I focus on baking: it’s impossible to abandon projects midway, and I get to eat my mistakes in private. If the world is running out of vintage dresses, it seems to be happening very slowly, as I still indulge my habit by buying, not making, one polyester frock at a time.

Elise Nussbaum keeps track of her desserts on Instagram and once blogged her entire closet.

1. We Did Good, Billfold
2. Question Wednesday
3. What I Learned From Five Years of Writing and Editing for The Billfold
4. How a Program Assistant Dealing With a New Paycheck System Does Money
5. Classic Billfold: What I Wanted From My Move to Portland and What I Got
clothingclothing seriesdiyhobbieslife-lessonssewing