The Billfold
The American Dream

House Dream Is It? 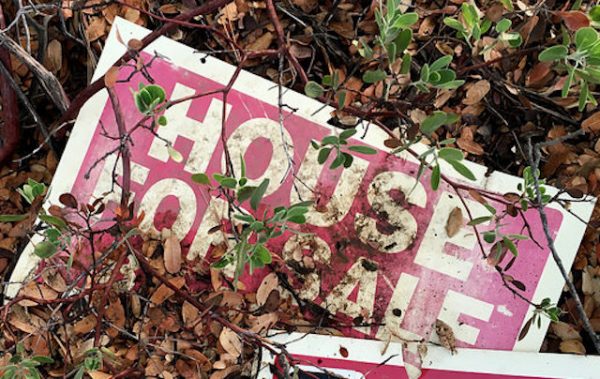 Recently, I participated in a group discussion concerning housing availability and other housing challenges in the Sacramento area. When we split into smaller groups to share housing stories, several people talked about their homebuying experiences. One man lost his home during the economic downturn and then purchased another home. One woman rented for seventeen years until her family finally got a deal on a house. After hearing their narratives, I reviewed my own thoughts about home ownership. From the time that I sold my family home in 1984 to the present, I have never wanted to buy a home.

After my father’s death in December 1975 and until August 1984, I was a homeowner. I remember sitting in my backyard, secure in my paid-off home, knowing that as long as I paid the taxes, this would be my home forever.

But taxes weren’t the only expenses in my house. I had to pay for a new hot water heater. When I smelled a gas leak in my yard, I had to pay for new gas lines to be installed, leaving me without heat in the middle of a Pennsylvania winter. Unless I wanted to spend the day mowing the lawn and trimming the hedges, I had to pay someone to do it. There weren’t landscaping companies in rural western Pennsylvania in those days. Help came in the form of a teenager or unemployed neighbor wanting to earn a little cash.

Then there was the neighbor’s grandson who tried to burn down my garage. The stings that I received from the wasps that chased me into the house when I knocked down the nest tucked away in a corner of my back porch. I tried not to think about the other creatures that probably resided in the walls of a geriatric wood frame house.

When I received the $22,000 personal check for the house, all I could think of was freedom. By the time I left Pennsylvania a few years later, all of my former single friends where getting married and buying houses with their new spouses. Why? The perk of tax exemptions and write-offs did not entice me to take the plunge. As a teenager and young adult, I had experienced enough yard work to last me a lifetime. When I settled down into a long-term job in Northern California, I met more people who were obsessed with homeownership. Even single women with no dependents seemed to be bitten with this bug, which was more overwhelming than a swarm of angry wasps.

Before the economic downturn, friends who should have never been given a housing loan were hosting housewarming parties. When I asked them why they had bought houses, they gave the usual answers of “great investment” or “it’s time that I become a grownup” or “it’s something that can’t be taken away from me.” Several of them lost their new dwellings in a couple of years.  Others went to back to live with their parents, no longer feeling like grownups.

So, is homeownership still the “American Dream?” Before this land was stolen, roped off and parceled, many people lived nomadic lifestyles. Were they less fulfilled because their possessions were mobile? Even though I enjoy looking at books on bungalows and interior decorating, none of them inspire any desire to put down a large sum of money to be tethered to one place for several decades or face the financial consequences.

According to Trulia, my hometown is “a Pittsburgh suburb located in northern Washington County near the Allegheny County line.” Trulia also states that “home prices noticeably dropped 9.7 percent last year to reach $290,016 from a previous $321,044. During the same period, the number of homes on the market significantly grew 50 percent to 6 listings, allowing buyers a much larger scope of options during their searches. Plenty of homes […] feature a walk-in closet; a feature you will truly appreciate once you see how good all your things look organized inside it. Enjoy a cozy night by the fire, as many residences here come equipped with authentic fireplaces. Every kid’s dream is to have a swimming pool in their back yard, and as quite a few properties here come with one, this is the perfect area to make your kids happy and have fun summer after summer.”

My hometown was built around 1900 by the Pittsburgh Coal Company for the workers of the Montour Four Coal Mine. It had four streets and no sidewalks. My parents bought their home from the company in the 1940s. The eight-room wood frame duplex had tiny closets and the one remaining fireplace was not usable. No one on my street had a swimming pool. The houses listed on Trulia are on streets that either didn’t exist when I lived there or were renamed after I left. The freeway exit that makes my hometown a Pittsburgh suburb didn’t exist then either. The only listed home that looked similar to mine was selling for a lowly $79,000.

When I looked up my current area near Sacramento on Trulia, only vacant lots could be had for less than $138,000. Even townhouses were around $189,000. A June 2018 report in the Huffington Post said that many Millennials don’t consider homeownership part of the American Dream. These days, many older Americans are giving up home ownership for a different lifestyle. I have several Baby Boomer friends who sold their homes for a profit to live in Europe.

Should homeownership still be the American Dream? In the 27 years that I have lived in the Sacramento area, I have seen large parcels of farmland and nature habitats become “new homes in the low $400,000s.” The $300,000 homes in my hometown have replaced the areas where we held community picnics in the summer and the places I used to explore with my mother in search of wild greens and berries. Is altering the American landscape worth it, financially or environmentally?

In August, there is a conference at USC on “Homeownership and the American Dream: Examining the Past and Plotting a Future.” I am curious about the findings in a city where homeownership is financially impossible for most people. As the cities and towns that used to be familiar to me evolve over the years, I too wonder about the viability of that Dream — as I happily pay my apartment rent.

1. We Did Good, Billfold
2. Question Wednesday
3. What I Learned From Five Years of Writing and Editing for The Billfold
4. How a Program Assistant Dealing With a New Paycheck System Does Money
5. Classic Billfold: What I Wanted From My Move to Portland and What I Got
homeownershiphomesthe-american-dream