An Update on My Vanguard Personal Advice 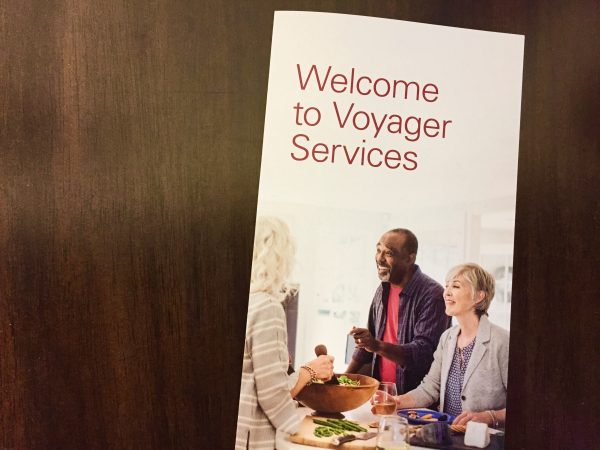 Earlier this month, I became a Vanguard Voyager Client — and since then I’ve had two conversations with a Vanguard Personal Advisor, so I wanted to give you an update.

First, well… I knew that part of the deal was that I’d talk to the advisor, and they’d give me a customized investment plan, and then I could decide whether or not I wanted Vanguard to implement that plan (in exchange for 0.30 percent of my assets under management, each year).

So I went in knowing that I’d get all this information without actually having to pay for long-term investment management, and I know that Vanguard wanted me to have that information as part of the sales process — but I still felt like a jerk for reviewing the customized plan and then declining the service.

The plan itself is pretty much what I’m doing already, with a slightly different asset distribution (a little more in stocks, a little less in bonds). The plan adjusts my asset distribution over time, slowly reducing risk, which was also what I was planning to do on my own.

There are a couple of additional perks that come with Vanguard Personal Advisor Services, the most interesting one being “if your portfolio isn’t hitting its goals, we’ll automatically switch to better-performing investments.” (I understood that correctly, right?) My buy-and-hold-index-funds strategy is pretty much exactly that, and maybe I’d be better off with an advisor who knows when to pull me out of one investment and place me in another. On the other hand, I’ve read the research comparing active and passive management, and it’s kind of a wash.

But back to those goals. My advisor told me that I’d need a little over a million dollars in retirement, and I might hit that goal at my current savings rate, but it would be a smart move to open a SEP IRA and save a little more money every year. (I don’t want to be specific about any of the numbers the advisor suggested, just in case they’re proprietary.)

I am going to talk to my new CPA team about the SEP IRA, but more as a way to decrease my tax burden than increase my retirement savings (I mean, luckily, I’ll get both). If I might hit my retirement goal at my current savings rate, and if that goal is somewhat arbitrarily based on how much money my advisor thinks I’ll need after I retire — which was factored as a percentage of my current gross income, even though as a freelancer/small business owner it would make much more sense to base it off my net — it seems like a bad idea to increase my retirement savings unless I have a really good reason to do so.

Which, by the way, I can’t believe I’m writing. I know that the common wisdom is you aren’t saving enough for retirement, but part of me thinks that trying to estimate how much retirement will cost 30 years from now is kind of like guessing how much a child born in 2030 might pay in college tuition — like, it might be so ridiculously expensive that we can’t even imagine it, or we might also have some kind of social or policy change that makes the whole thing more affordable. Or it might look totally different from what we were expecting.

So that’s where I’m at, after two conversations with a Vanguard personal advisor. I’m probably doing okay, I could do a little more, and I could pay them to manage my portfolio for me. Which… I don’t think I’m going to do, even though I feel kinda bad for taking the plan and then turning them down.

1. We Did Good, Billfold
2. Question Wednesday
3. What I Learned From Five Years of Writing and Editing for The Billfold
4. How a Program Assistant Dealing With a New Paycheck System Does Money
5. Classic Billfold: What I Wanted From My Move to Portland and What I Got
investingVanguard