The Billfold
marketing with my wardrobe

When Your Clothing Has to Represent the Brand 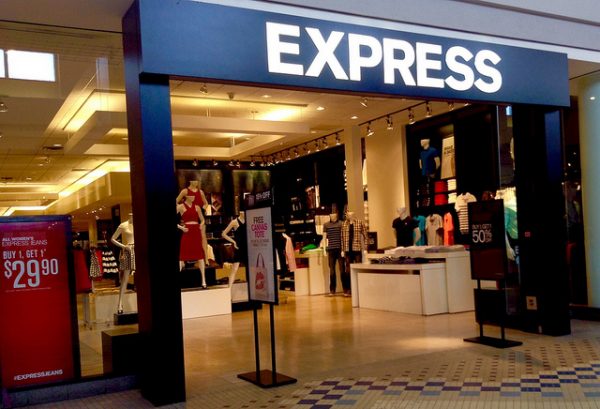 I worked at the clothing store Express for the summers of 2007, 2008, and 2009. During those years, Express split off from The Limited to become an independent brand and launched an online shopping website. Meanwhile, I learned that I wasn’t great at direct sales, but I was amazing at folding.

My interview for Express was brief, and my primary qualifications were an interest in fashion and previous retail experience. The job requirements were similar to my first job at JoAnn Fabric: arrive on time, know how to ring up sales and process returns, and keep an eye out for shoplifters. While the JoAnn Fabric dress code was relatively basic — a branded polo shirt and khakis or black pants — at Express I had to wear the store’s clothing for every shift. The staff were a critical component of the marketing plan. We were live models for the merchandise.

At first, this seemed ideal. I could get cute clothes to take with me to college that fall. I got a 30 percent staff discount on everything, and my first purchase was 50 percent off up to $150. On that first shopping trip, I walked out with enough blouses, jeans, and going-out tops to put together a few different outfits, but not as many as I expected to get for $150.

I quickly learned that “wear Express” didn’t mean jeans and a T-shirt. I got a better response from my managers when I arrived in fitted jeans and a high-end top. I looked to my coworkers, many who had been full-time for a while, for inspiration. They mixed last year’s jeans with this year’s going-out tops and pulled everything together with statement necklaces.

I was earning $8 per hour, $0.50 more than the Massachusetts minimum wage at the time. I typically worked about 30 hours a week, so my biweekly paycheck came to $480 before tax. At the time, Express was the party-loving sister to The Limited’s modest workwear. Though I spent a lot of time refolding the piles of Editor pants and internally screaming when someone pulled a size from the bottom, much of the summer line focused on silky tops in the $40-$60 range.

Even with a 30 percent discount, a $45 blouse was a big purchase that I calculated in hours worked. I didn’t want to spend a half-shift on one shirt, but I didn’t have much choice. If I waited for the summer sales, my outfits would be dated.

By the end of the summer, my favorite manager had realized that I’d never gotten anyone to sign up for an Express credit card and assigned me to refold the wall of jeans for every shift. That wall had never looked better, and I only had to talk to customers when they wanted to find a size. It seemed like a win-win, though I’m still not entirely sure why they hired me back the next year.

In 2008, I returned to Express for July and August at $8.50 per hour. I wore my Express jeans and the tops I’d purchased the previous summer. One morning, while sweeping up before we opened, I overheard two managers loudly discussing the problem of sales girls who weren’t “fashion-forward.” Were they passive-aggressively making a point to me? Maybe, maybe not, but I listened. When I got my paycheck, I bought blouses from the newest line of workwear. They both pointedly complimented me when I showed up to my next shift in a bright pink button-down with French cuffs.

Later that month, I finally realized the point of the pressure to stay on-trend. I hadn’t done laundry before my shift, so I was wearing a white-and-gold tank top from the previous summer. As I refolded sweaters, a woman came over to me.

“Excuse me, I love your tank top. Is it from here?” she asked.

I tried to find her something similar, but none of our tops were quite the same. If I’d been wearing something current, she could have seen how it looked on a real person and wondered if it might look good on her. I could have pointed her to the rack I was standing next to and found her size. Maybe I could have convinced her to buy pants and a cardigan to go with it, while signing her up for a credit card for 20 percent off her purchase. Instead, she browsed through other tops that weren’t quite what she wanted and left.

I returned for one final summer in 2009, rehired by an old manager and disliked by a new one. (I was still last place in credit card sign-ups, so he wasn’t wrong. At the end of the summer, I was the only employee who didn’t receive a paper plate award and it still stings a little.) After we closed for the night, my coworkers and I browsed for ourselves as we straightened hangers and refolded the T-shirts dropped in the dressing rooms. We tried on the newest soft pullover sweatshirts coming in for the fall and recommended items for each other, knowing that we still needed to choose things that we could wear on shift the next day. We had to be current. We had to represent the brand. We had to sell the customers on what they could look like in their own lives.

Laura Chanoux still wears some of her Express work clothes to her current office job. She is an expert in two different methods of folding jeans.

1. We Did Good, Billfold
2. Question Wednesday
3. What I Learned From Five Years of Writing and Editing for The Billfold
4. How a Program Assistant Dealing With a New Paycheck System Does Money
5. Classic Billfold: What I Wanted From My Move to Portland and What I Got
brandsclothingclothing seriesjobsretail