What Is Self-Efficacy and What Does It Have to Do With Money? 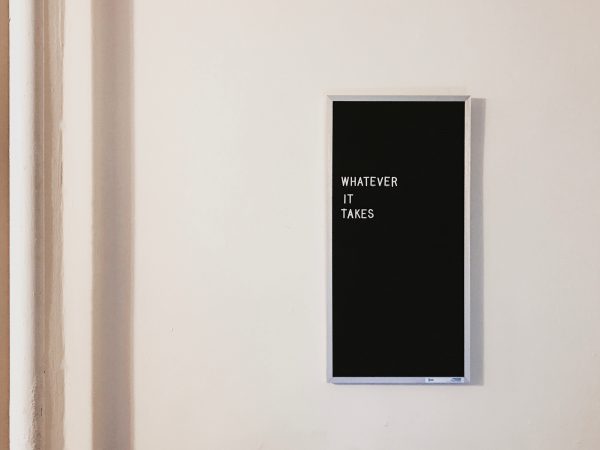 Photo by Jon Tyson on Unsplash.

Yesterday Billfolder L. Luna shared a link to an article at The Cut titled The Trait That Determines Whether You’re Good With Money.

I thanked L. Luna for the tip, noting that I hadn’t seen that article yet… and in the past 24 hours I’ve now seen it, as well as numerous other posts discussing the concept of “self-efficacy,” everywhere.

So let’s add ours to the pile!

Here’s how Charlotte Cowles explains the new self-efficacy study, at The Cut:

The concept of “self-efficacy” is easy to love, partly because it just makes sense. Coined in the 1960s by psychologist Albert Bandura, it’s defined as “one’s belief in one’s ability to succeed in specific situations or accomplish a task,” and generally correlates with higher performance in said task.

Self-efficacy sounds like it’s dangerously close to the Dunning-Kruger Effect, but I shouldn’t interrupt. What else do we need to know?

Newly published research from a ten-year study of more than 2,000 students at the University of Arizona found that financial self-efficacy correlated more strongly with subjects’ financial well-being than almost any other factor, including gender, race, and socioeconomic background. The conclusion: being “good with money” isn’t just a matter of spending less than you earn — it’s a mind-set.

And then you’ll succeed. Because why wouldn’t you?

When you go to the source, an APLUS study titled Approaching 30: Adult Financial Capability, Stability and Well-Being, you learn that they don’t view self-efficacy as the only factor required to be good with money:

Within APLUS, we define personal financial agency as measures of three beliefs:

I like that they defined it as “personal financial agency,” which implies that your ability to manage your finances largely depends on your ability to manage your finances. If your income and expenses are so variable that you can’t stick to a financial plan, or if you can’t guarantee that you’ll be able to pay your bills on time, or if your life is at a point where it is difficult to make long-term plans, it makes sense that you would have less capacity to plan or control where your money goes.

So. It seems to me — and I fully admit that I’ve spent, like, 30 minutes with this study, so there’s a lot of Dunning-Kruger going on here — that the APLUS research proves three points:

I don’t think any of this is particularly new information, but since it’s packaged as “people who decide they’re going to be good with money are better with money,” it feels a little fresher than “um… there’s still a lot of race/gender/socio-economic inequality going on.”

1. We Did Good, Billfold
2. Question Wednesday
3. What I Learned From Five Years of Writing and Editing for The Billfold
4. How a Program Assistant Dealing With a New Paycheck System Does Money
5. Classic Billfold: What I Wanted From My Move to Portland and What I Got
budgetingdeciding to decideI can spell self-efficacy nowself-efficacystudies-show