The Billfold
Finding the Right Support

Construction Is Not Cheap 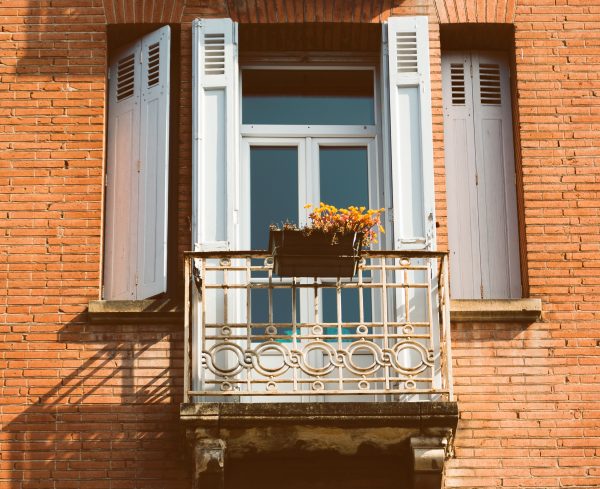 Photo by mvp (cropped) on Unsplash.

At my age, any discomfort in the chest region is a reason to see a doctor. After all, paying almost $200 a month in premiums should entitle me to an occasional exam by a medical professional. But after doing all of the usual tests, her diagnosis was an unusual one — my bra was the wrong size.

What? It wasn’t the answer that I expected, and it was several months before I could start on her recommended course of treatment. For the “full-figured female,” buying a bra is serious business. It requires going to a lingerie department that specializes in top-of-the-line brassiere construction garments. In the late ’60s, my first pre-teen “training bra” came from the five-and-dime store in Canonsburg, Pennsylvania and cost no more than five or six dollars. Now, the price of a new bra will run me more than four times the per-visit co-pay of my health care provider. Nicole’s written about buying bras at JC Penney and Target, but I could no more buy a bra at Target than I could buy hair products at the Dollar Store. I needed a bra that was constructed like an expensive house — stylishly keeping everything in, looking good inside and out, and holding up over time. The Commodores did not sing a song called “Brick House” for nothing.

I had to wait until I had the funds to spend on my new brassiere domicile. If I was going to have a strange lady with a tape measure in a dressing room with me and my sexagenarian ta-tas, I had better be ready to spend some money. So, one payday afternoon, I left work early and headed to my local mall. I headed for the lingerie department at Nordstrom. Ideally, I would have liked to visit Bloomingdale’s or Neiman Marcus, but I wasn’t going all the way to San Francisco for a bra. When I asked the saleslady at the counter if there was a fitter on duty, she indicated that she could do the honors. When she told me to go into the dressing room and strip to the waist, I felt like I was at the doctor’s office again.

In a few minutes, she knocked on the door and entered with the dreaded tape measure. One measurement was unchanged, but the other measurement was different, and presumably the source of my discomfort. She announced that I was wearing the wrong cup size and needed to go “up” four sizes. Four sizes? How much was that going to cost me? I was glad that I had made my car payment in the morning. When she left to get some possible candidates from the sales racks, I pondered my reflection. Would plastic surgery be cheaper? Of course not. I definitely needed to go to the gym more. Maybe I should look into getting a personal trainer for a few months. How much would that cost? I really wanted a Jack and Coke. Maybe I needed to cut out the Cokes, but I tried that for Lent and I didn’t lose any weight.

The saleslady came back with four bras. One was the same model that I had been wearing… only bigger. She said that the brand ran small compared to other brands, so the size that she gave me was higher in both number and letter. It was the biggest bra that I had ever worn, but thankfully, it was the same price as my old one. As she helped me with the hooks, I thought of how Victorian ladies had to be helped into their corsets. How much did those things cost? After trying on the first one, she strapped me into two other brands. One of the bras cost $88. I couldn’t imagine spending that much money on something that no one would ever see. But I didn’t like the straps. They seemed rather flimsy for such an expensive bra. I guess the price was for the delicate pleating and contrasting stitching. But I wasn’t looking for delicate, I was looking for high-end construction.

After the saleslady brought in three more bras and I assured her that I could get into them unassisted, I weighed my financial choices. Would I buy one bra or two? I really wanted a sports bra, but I also wanted to nice bra to wear to work occasionally. Even though I now knew that my old bras were the wrong size, I wasn’t about to throw away $600 worth of lace, elastic, and underwire. Both of the bras that I selected cost the same price, a few dollars cheaper than the flimsy-strapped one. Their combined price was as much as my car insurance monthly premium. But if I could afford to protect my car and its passengers from future damage and/or medical costs, I could afford to protect myself, too — even if these premium undergarments felt more like a splurge.

I dressed and took my selections to the counter. Maybe I would go to the gym more with a new bra. My “work” bra was my favorite color, hot pink. Matching pink briefs would have been a nice touch, but I would have to save that for another day. I still had groceries to buy. I hoped that my new purchases would alleviate my discomfort and save me money on doctors’ visits. Building a Brick House wasn’t easy.

1. We Did Good, Billfold
2. Question Wednesday
3. What I Learned From Five Years of Writing and Editing for The Billfold
4. How a Program Assistant Dealing With a New Paycheck System Does Money
5. Classic Billfold: What I Wanted From My Move to Portland and What I Got
brasclothingclothing seriesshopping