When Food Becomes Part of Your Medical Treatment 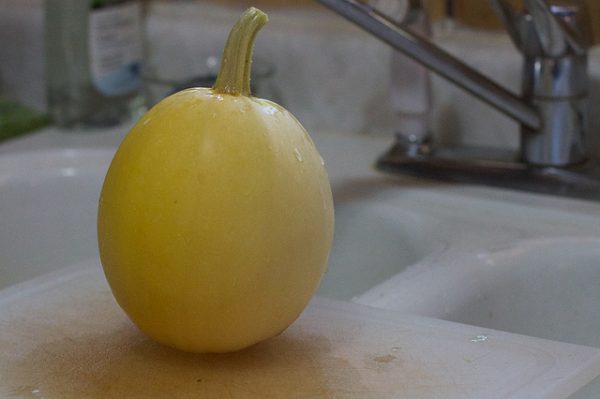 Before I got sick, I could definitely have been called the Queen of Not Cooking. Hamburger Helper was a staple in my house. Bagged salads were the quintessential side dish. My baking skills consisted of dumping some Duncan Hines in a bowl and throwing it in the oven. I made an emergency call to one of my girlfriends once when I was trying to parboil some ribs, ended up smoking the entire house, and had dry, tasteless ribs as a result.

So when I got sick and decided that I would incorporate a specific strict dietary regime to see if it would help my disease, I was thrown into the world of cooking. But this time it was cooking for survival — and what a crash course it was. Not only would I have to learn how to make everything from scratch, but there were VERY few prepackaged items that I could buy in the grocery store. The diet consists of no processed foods, grains, sugars, starches, dairy, (except aged cheeses and homemade yogurt), gums, or preservatives. I had to learn how to cook fresh food without all the typical ingredients of the Standard American Diet.

I remember my first grocery shopping trip after my diagnosis. I had a meltdown in the store because I didn’t know what to buy, I didn’t feel good, and I certainly didn’t want to change my lifestyle. I have always been a bread and milk girl. All kinds of bread, cereal every morning, and now all of that was gone. Vegetables that I had never heard of were going to be staples in my household. But I knew if I wanted a chance at remission, I had to try this new diet.

After receiving my diagnosis, I did a lot of research to see if there were any ways I could help myself feel better. There were two camps regarding my illness. One said diet had nothing to do with it. The other said diet had everything to do with it. The second camp made the most sense to me, so I did my research. One diet in particular kept coming across my Google searches. At first, I dismissed it because it seemed way too hardcore. People were fermenting their own yogurt in a yogurt maker? I would have to use honey as a sweetener for literally everything, or I could use dates, whatever those were. But as I continued reading, I realized that the majority of these people had the same diagnosis as me, or its close cousin. I found forums and studies that looked promising, had a lot of great testimonials, and the best part was (as my husband pointed out), I had nothing to lose. If it didn’t work, I would be no worse off than I was already. After all, what could possibly be the negative side effects of eating natural, unprocessed food?

Also, the budget wouldn’t be too affected. I budget $100 to $120 a week for groceries. Since I’d be getting rid of a lot of items such as cereals, milk, bread, frozen food, and anything with refined sugar in it, plus my husband agreed to eat whatever I eat so as to not have to make two meals, the budget stayed roughly the same. So I got to work.

I started very easy with simple, no-fuss recipes. When you already feel like garbage, the last thing you want to do is make things complicated in the kitchen. My first dinner was dijon turkey burgers wrapped in lettuce. I took my first bite, and I knew it was going to work. No, of course my disease didn’t disappear overnight or anything like that. But there WAS a difference. Up until that point, I didn’t have a clue as to what to eat or what could be aggravating me. Everything seemed to be wrong, and I just kept getting worse. But when I made this meal, my stomach didn’t seize up on me. I could feel my body accepting it, holding/digesting for much longer than anything else I had eaten up until then. Yes, this was going to work. So I dove right in.

I started making lists, and I started cooking and baking with things I never heard of before. I was buying things like almond flour ($7.99 for 1 lb!), coconut flour, zucchini, fresh fruit, meats, and honey. Tons and tons of honey. The first month I struggled like there was no tomorrow. So. Much. Cooking. But after a while, I found my rhythm. I remember I asked a nice lady at the grocery store if she knew what a spaghetti squash was. She showed me, and I’m so grateful she did. Game changer.

Then I was able to start transitioning from simple meals to fancier dishes. One of them was a spaghetti squash bake that rivals baked ziti. I started making homemade bbq sauce with ingredients like dates and tomatoes, adding spices and pouring them over the ribs in the slow cooker. My husband came home and said he wasn’t going to eat a lot so I served him a little bit. When I went back into the kitchen, he was eating ribs out of the Crock-Pot. No lie. It was working. Whole foods and delicious meals were possible.

I started gaining real confidence. Meal planning and prep were becoming part of my everyday existence. I bookmarked sites like Against All Grain and Elana’s Pantry as my lifelines — and yes, I also began fermenting my own yogurt in a yogurt maker. I started making meal plans, including one or two casserole-type dishes that would yield leftovers so I wouldn’t have to cook every day. I still kept things simple when I could. Tacos are a regular weeknight staple. Chicken salad is easy to throw together. Grilled cheese with tomato and avocado on almond flour bread for me, regular bread for him. By rotating some of our simplest favorite dishes and then adding in a new recipe once or twice a week, we have found a great balance of constantly experimenting and expanding our recipe selection.

Of course, the real purpose behind all of this change was my health — and I’m happy to say that I kept getting better. In the beginning between the diagnosis and then me rapidly jumping into my new diet and cutting out all the sugars, I lost 25 pounds in three months. I weighed less than my teenage son at that time. But I kept at it, kept cooking, kept eating, and I quickly returned to a healthy weight and reached the always-coveted remission stage. I was in remission for over a year, during which time I was able to lower my meds and live my full life again. Even though I am still on the regime and always will be, I have expanded my diet to include a few additional food items that my body tolerates well.

I am now just recently coming out of a flare. But, once again, food as medicine has proven to work for me. I did not lose much weight this time around, and when I did it was because I also had the flu in February, which made me sicker than the flare itself. I’ve been getting steadily stronger and can now say I am in the beginning phase of remission again. This time, I hope it will last even longer. But no matter what, I know that when it comes to my health, food, online recipes, meal prep, and support are the biggest keys to my success.

MarLeigh is a 40-year-old living with her husband in a small Southern town and dealing with a chronic illness. When she’s not cooking, which is never, she and her husband are planning the adventures they’re going to take in their little travel trailer.

1. We Did Good, Billfold
2. Question Wednesday
3. What I Learned From Five Years of Writing and Editing for The Billfold
4. How a Program Assistant Dealing With a New Paycheck System Does Money
5. Classic Billfold: What I Wanted From My Move to Portland and What I Got
cookingdietfoodfood serieshealthlife-lessons