The Cost of Having a Wheat Allergy 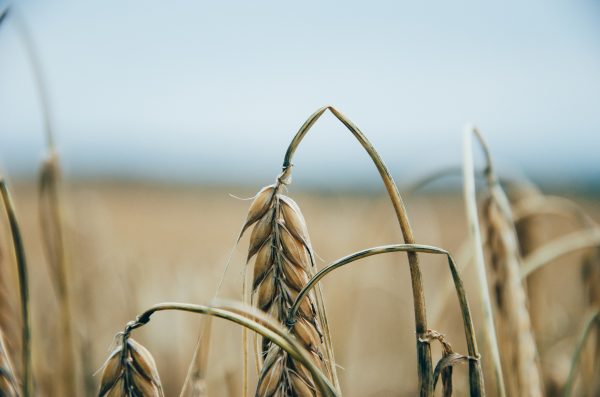 Photo by Dominik Martin on Unsplash.

I’m allergic to wheat and it’s in everything. And I mean everything. It’s in soy sauce, teriyaki sauce, many boxed rices, chips, some french fries, and even some makeup products. So many things I didn’t expect.

The first six months after finding out were really tough. I had no idea what I could eat. I was a junior in college and I learned really quickly that on-campus food was not healthy, let alone allergy friendly. (This was before the ubiquity of gluten-free as a diet trend and before any restaurants labeled their foods on their menu.)

My first step was cleaning out my kitchen. I gave away my half-finished bag of flour, frozen pizza (unopened), and cake mix to a friend. I threw out the teriyaki sauce and ketchup in the fridge. I read all the labels and was overwhelmed by how much wheat is in everything.

Then I googled what I could eat. The answer is either “a lot” or “not much,” depending on how you look at it. I’m a very picky eater who loves to eat the same meals over and over, so I went straight to the “not much” option. I really struggled with being forced to try new foods and recipes. If I’m being honest, I skipped A LOT of meals because I preferred not eating over trying something unfamiliar.

Finding new foods I wanted to eat was very expensive. In 2011, gluten-free was not a hip term and the only store that sold gluten-free food near me was Whole Foods. My first trip to the store set me back $250. I bought gluten-free pastas, cookies, crackers, breakfast bars, bread. It all tasted terrible and I ended up throwing out most of it.

That first year of allergies, my grocery bill went from $150 to $300 per month as I tried to figure out how to shop. I wasn’t buying any more food than usual, but it all cost twice as much. You can buy a box of regular pasta for $0.99 but the smaller box of gluten-free pasta is $3, if not more. A loaf of bread went from $2 to $5 — and the gluten-free loaf was half the size.

As I learned what I liked, I ate more whole foods and less food out of a box. In general, I eat a lot of herb chicken and rice. With the chicken, I can eat it plain, I can make a taco using corn tortillas, or I can add it to a salad. I also make a lot of fruit smoothies using orange juice or soy milk. I don’t eat a variety of foods — I still prefer eating the same meals over and over — but the foods I do eat work for me. As people become more informed about food allergies, it’s becoming easier and easier for me eat out and shop at any grocery store.

Yes, my grocery bill went up — but the thing that no one could see was how much my health improved. Leading up to the diagnosis, I was a wreck. I had constant migraines and was covered in hives for months on end. My stomach was always upset. No matter how much I slept, I was exhausted and my brain was foggy. Within in a few weeks of switching my diet, everything improved. It was like I had been standing in early morning fog for over a year. Suddenly the fog lifts, and it’s a gorgeous sunny day. I could focus and think clearly. The headaches subsided. Eventually the hives went away. I had energy again.

How did I find out it was food allergies and not something else? A bunch of doctor’s visits over a few months. Fortunately, I was still on my parents’ medical insurance at the time, and only paid a $15 copay for each visit. In total I spent about $75 on doctors’ visits. That included seeing my GP, a few sessions with an allergist, and taking the skin prick allergy test. My tests were inconclusive, so I did the elimination diet to confirm what I was allergic to. During the elimination diet, you take a food out of your diet for a few weeks. Then you re-introduce the food and see if you have a reaction. When I tried to reintroduce wheat back into my diet, I got the brain fog and broke out in hives within a few hours. For me, it was a very clear result.

Aside from medical costs, I also lost a lot of money due to leaving work early or calling in sick because of my food allergies. I had two part-time jobs on campus, working 20 hours a week.  That first year after diagnosis, I missed at least two days of work each month, along with more than a few classes. Because it was so long ago, I don’t know how much money I missed out on. Currently, I take two or three sick days a year specifically due to food allergies. That number increases a little bit if I’m doing more traveling, because I have less control over the food I’m eating.

My wheat allergy taught me to be conscientious of the food I’m putting in my body and more aware of where my food comes from. You might remember my Billfold post about the summer I started a garden and grew half of my food. That summer I had no allergic reactions and it was the best I’d ever felt. Even though it was frustrating at the time, I’m really glad I listened to my body and changed my diet.

Ariana Burrell is a writer/poet living in SoCal.  When she isn’t writing, you can find her directing plays and spending time in her garden.

1. We Did Good, Billfold
2. Question Wednesday
3. What I Learned From Five Years of Writing and Editing for The Billfold
4. How a Program Assistant Dealing With a New Paycheck System Does Money
5. Classic Billfold: What I Wanted From My Move to Portland and What I Got
allergiesfoodfood series