The Cost of Cutting Weight 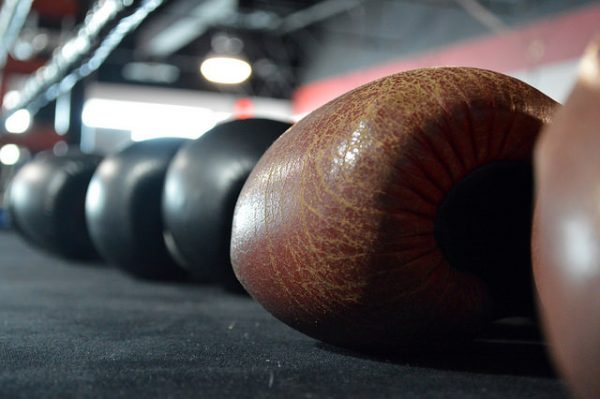 When people think about “the hard part” of boxing or martial arts, they usually think about the part where you’re getting punched in the face. As an amateur boxer and muay thai fighter myself, and especially speaking as a woman, I’m here to tell you that getting hit in the face is significantly preferable to the process of cutting weight. Cutting weight can also get a little bit pricey, whereas getting hit in the face is usually free.

I started muay thai kickboxing about six years ago, and rapidly got sucked into the strange world of amateur fighting. I’m 5’10” and walk around 175 pounds. For a female fighter, I am a giant. This means I usually need to cut weight to get matched up in a muay thai fight, generally between ten and twenty pounds.

To be clear, cutting weight in fighting isn’t the same as losing weight to be healthy. It’s a weird process that manipulates your water intake before your weigh-in, and then drastically dehydrates you right before you step on the scale, so you’re just losing water weight. You can lose over ten pounds in twenty-four hours, but by the time the fight happens you’ve gained most of that weight back. It’s not particularly healthy, but it’s the way the sport works.

So how much does this process cost? For two weeks before the weigh-in, it’s mostly a matter of spending money to eat healthy. I’m eating a lot of tilapia (about $6 a pound), unseasoned baked chicken without hormones (about $11 for three breasts), eggs ($2.50) and veggies like broccoli and kale. Every morning I secretly crave pancakes and every evening I wish I could eat a taco.

Because I’m eating less, I usually save money on groceries. There’s a “no restaurants, no takeout, no alcohol” rule which helps offset the other costs of weight cutting that pop up about five days before the fight.

Five days out, I’m supposed to be drinking about two gallons of spring or distilled water a day. At $1.22 a gallon, that’s $12.20 for the five days.

Twenty-four hours before I step on the scale I am no longer allowed to eat or drink water. So I cram my meager last supper of wilted kale and chicken into my mouth and go grocery shopping for what I’m going to eat after weigh-in.

If I’m feeling fancy I go to Whole Foods and get all the expensive yuppie snacks, like overpriced trail mix for like $12 a pound, iced coffee for when I can once again drink liquids ($2.80), and a box of protein bars ($7.99). I also always get one of those ridiculously giant, overpriced cookies that’s like 8,000 calories, not because I really want it but just because it feels indulgent. I pack these snacks away and dream about the moment I can eat them.

The other weird stuff I get for the weight cut includes:

I buy a lot of this stuff out of ritual. Do I need a copy of Vogue or those lemons or the gum or the enormous cookie? No, but it makes me feel better to have them with me. Will having three different sources of electrolytes be better than just drinking a bunch of gatorade? I’m not sure about that either, but at least I’m covered.

Cutting weight is the hardest part of fighting for me, and if I have a bad weight cut it could ruin my mentality for my fight too. It’s bizarre that on a Friday night I feel weaker, hungrier, and thirstier than I ever have, and then Saturday night I’m expected to be ready to physically beat down another human. So spending almost $170 to ensure it goes right and I’m as mentally and physically strong as possible for my fight is worth it — although I sometimes sigh when I think about all the money I’m putting on my debit card just to ultimately get hit in the face.

1. We Did Good, Billfold
2. Question Wednesday
3. What I Learned From Five Years of Writing and Editing for The Billfold
4. How a Program Assistant Dealing With a New Paycheck System Does Money
5. Classic Billfold: What I Wanted From My Move to Portland and What I Got
boxingcutting weightfoodfood seriesmuay thaithe-cost-of-things