The Cost of a New Life: Part One 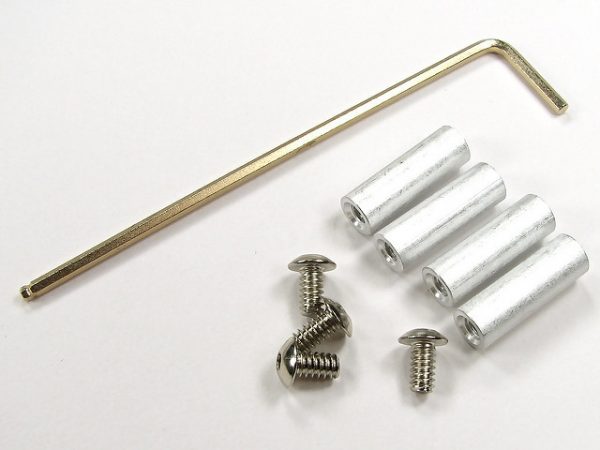 It finally happened. Today, I was defeated by a piece of furniture.

When you’re buying flat-pack furniture, the instructions often say that assembly is a two-person job. But, as anyone who has ever been to an IKEA knows, pretty much the only thing worse than trying to assemble furniture is trying to assemble it with someone else.

Over the past few months, I have assembled a kitchen island, kitchen shelves, an enclosed litter box/nightstand combo, three floor lamps (one with shelves!), and a queen-sized bed and headboard. It wasn’t always easy, but I did it all without assistance.

Then I got to the corner cabinet. The perfect size for the dining nook in my new apartment. It would have storage for napkins and knickknacks, space for a lamp on top — and maybe, eventually, some end chairs on either side. I got to work unboxing it, laid out the parts and pieces in order, read the instructions, and got started.

Two hours later, I found myself crying on the phone with an Overstock.com customer service representative. “I just wanted to request a replacement part on the website, and it said I should return it! I have no way of repacking a 45-pound thing and somehow fitting it back in the box and lugging it out of my apartment!”

At the other end of the line, the CSR clarified which piece of furniture I was referring to, and asked which part I needed. “It’s these little wooden dowels! They all broke, and there weren’t even any extras, and I can’t put the cabinet together without them!”

The first four steps for putting together the cabinet were: attach the handles and axletrees to the doors; attach two of the five walls to the base; attach the doors to the base; lower the top onto the walls (attaching to the dowels) and doors (attaching to the axletrees). The dowels broke after my third attempt to put the top piece on. The doors and the walls were both at the front of the base, making the half-built cabinet top-heavy and unstable. To make matters worse, neither the side walls nor the doors — although all connected to the base of the cabinet — were actually stable themselves. Having someone to hold them steady would have made this process significantly easier. (That said, the dowels appeared to be made from the same material as disposable takeout chopsticks, and I am confident that if they had been made out of something sturdier, I would’ve managed it eventually.)

Whether I had been looking in the wrong place on the website or whether the CSR took pity on me, I don’t know, but it didn’t take long before she had found the dowels and put in a replacement order. “How many do you need?”

“Well, it came with four, and they all broke, so… eight?”

The thing is, up until December, I would have had someone there to help me assemble the cabinet. But, of course, the whole reason I needed to assemble the cabinet in the first place was because in December I got my own apartment, left my husband, and filed for divorce.

We had a large house, but I took a minimum amount of furniture when I moved out: the IKEA couch and dining room set that we’d bought for our first apartment (all of which had since been replaced by nicer, more expensive equivalents, and which had spent the last five years in my home office, the dining room table serving as my desk); the coffee table and bookshelves that were mine before we married; the plush storage bench that I kept my shoes in; and my two favorite end tables.

My hope was that by taking less in furniture and possessions, I could recoup more in financial compensation — unfortunately, I found out too late that this is not how things work, at least in my state. “You could still go back to the house and get anything else you want,” my attorney told me, but I declined. (Although it would have been nice to have the recliner.)

I moved on a Saturday, unpacked dishes and towels on Sunday, and went back to work on Monday. I was living out of suitcases until I trash-picked a dresser on New Year’s Eve. That’s the benefit of choosing an apartment close to the trash room; you get first dibs when people are throwing away furniture. After a few months of using the dresser, I can tell why it was getting thrown away — but even a broken dresser is better than none.

It took until a snow day in March for me to put away my books; sure, the shelves had been up for months, but who has the energy to unpack and alphabetize twelve boxes of books when you’re working full-time? (“Me!” I can hear you saying. “The books are the first thing I put away!” Great. You can come help me the next time I move.)

Despite moving in December, I still haven’t fully unpacked. What’s the point, when there’s no place to put things? Every piece of furniture I’ve bought or acquired has been because I needed storage space. Well, except for the bed — sleeping on the floor was becoming depressing. I’m still sleeping on an air mattress, but now that it’s on a bed frame at least I feel more settled.

That’s the main reason this unfinished cabinet stings so badly. I was hoping that it might finally be the thing that would allow me to fully unpack, or at least unpack enough that any remaining boxes could get shoved in closets and out of the way. The end that I thought was in sight was taken away — and worse, it was my own lack of ability that caused it.

I keep trying to remind myself that I’m not actually terrible at setting up house. I put together all that other furniture, after all — and before I started putting together the cabinet, I’d already hung up three paintings that same afternoon. But it’s always our failures that we remember.

Dresser: $0, but will need to be replaced

Annie Morgan has always been a city girl at heart, and is excited to be back downtown. She lives in Philadelphia with her cat, Parker.

1. We Did Good, Billfold
2. Question Wednesday
3. What I Learned From Five Years of Writing and Editing for The Billfold
4. How a Program Assistant Dealing With a New Paycheck System Does Money
5. Classic Billfold: What I Wanted From My Move to Portland and What I Got
divorcefurniturehomeslife-lessonslittle wooden dowelsrelationships