The Billfold
Dining Out

On Being a “Regular” 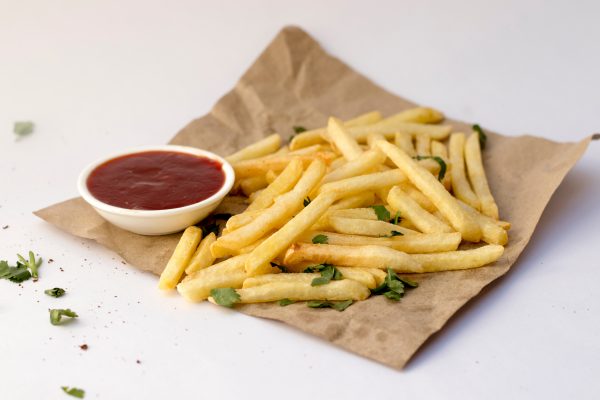 Photo by Deepak Srivastava on Unsplash.

A few years ago, I rolled up to a McDonald’s Drive-Thru prepared to order, only to have the employee smile and recite my usual meal back to me. I was stunned — I truly hadn’t realized how often I was going there. This began a fascination with the places we eat and what they say about us and how we live.

When I look back on favorite restaurants, I see different versions of myself frozen in time. Certain eating establishments are, in my mind, irrevocably tied to certain periods of my life, and carry with them all the baggage of those former selves. When I think about why I chose to frequent those places, it’s impossible not to notice how money influenced those decisions.

3rd and U Café, Davis, California

The first place I ever visited on a regular basis was a sweet little café in my college town. I was fortunate enough that my parents took care of my major expenses — tuition and rent — which meant that the meager paychecks I earned from my part-time job went directly into my pocket. In college I was already a diligent saver, so most of what I earned stayed in my bank account, but I did spend a fair amount of money on food and eating out.

3rd and U Café was two blocks away from my house, and my best friend and I would meet there at least once a week to lounge on the patio with Italian sodas and a few items from their happy hour menu. We would spend an hour or more enjoying the sun and chatting about classes, friends, and the future. Although I often felt a twinge of guilt when I handed over my cash for some onion rings and sugar water, something about the experience always felt indulgent in the best way. It’s the most secure I’ve ever felt when it comes to money, a security built on the fact that mommy and daddy were paying all of my real bills.

When I think of being a “regular” at an establishment, my mind always goes to Cheers and the seductive image of going to a place where everybody knows your name. For two years, the Starbucks I worked at served this purpose more thoroughly than any dining establishment I’ve frequented before or since. It might seem like cheating to include a place of employment on this list, but I logged just as many hours as a guest as I did behind the counter.

The days of my parents bankrolling my life were over, and I was putting myself through grad school. I was on a tight budget, so even when I wasn’t working, I would show up at Starbucks to study. I’d spend hours at a table with textbooks strewn around me, and my co-workers would give me free drinks so I rarely had to spend a dime.

On nights when I worked the closing shift, I would fill a garbage bag with expired food — pastries, sandwiches, parfaits — anything that would otherwise have gone in the trash. I would throw it over my shoulder like a millennial Santa Claus and haul it onto the bus, distributing food to anyone who looked hungry. My roommates and I would eat the remainder over the next few days to save money on groceries. To this day, I can’t even look at a Starbucks Ham and Swiss Panini without gagging. This period of my life was a bizarre combination of comfort and deprivation. I felt like I truly had a place that belonged to me, but I also felt trapped and paranoid about every dollar I spent.

My first paid library job was a revelation. I felt like I was getting away with something every time I deposited my paycheck; I couldn’t believe that I was earning money to do something I loved and had previously done for free. However, the job involved late hours and weird breaks, making it difficult to figure out how and where to eat. The library was in an upscale neighborhood, so it was hard to find a meal on a budget. The only affordable place close enough that I could get there and back on my dinner break was Habit Burger.

Most days, I would just order fries and grab some of their free pickles, hoping that would satisfy me until I got home. If I was really hungry or stressed, I would splurge on a veggie burger (their cheapest meal option), and spend the next half hour berating myself for wasting money. Although the pickles were delicious, the primary feeling I associate with eating at Habit Burger is shame — shame that I couldn’t get my life together enough to pack dinner, shame that I didn’t have the self-control to wait until after work to eat, and shame that I had to agonize over whether to spend five dollars to get a burger while it seemed like everyone around me didn’t think twice about it.

About a year after making Habit Burger a habit, I added a second and then a third library to my job rotation. The jobs were spread out around Marin County, and often I only had half an hour to get from one to the other. This was a particularly frenetic period in my life, and I grew accustomed to living out of my car, stocking it with granola bars, candy, and even loaves of bread. When I needed something more substantial, I turned to the aforementioned McDonald’s Drive-Thru. Soon enough, some of the employees started recognizing me and knew my order as soon as I drove up.

This was the first time I started to think critically about how my relationship with money affected my relationship with food. I had been the type of teenager who had read Fast Food Nation and proudly expressed disgust at the mere mention of McDonald’s. Turns out it’s a lot easier to have principles when you have money and time. I was holier-than-thou in my convictions about the evils of McDonald’s because I knew my dear mother would indulge my brattiness and find me an alternative food option. As a harried and hungry adult, I realized the value of a quick and cheap meal that I could consume with one hand on the steering wheel. All of my morals went out the window when I rolled it down to grab my bag of greasy goodness.

At this point in my life, I’m a decade removed from the girl who chowed down on sliders and wings at her college café at two in the afternoon. I’ve gone through periods of unemployment, overemployment, and economic anxiety — and, while I’m still far from the financial future I would like for myself, I feel secure.

My boyfriend and I share a modest one-bedroom apartment in Oakland, a few blocks from an amazing Thai restaurant. We probably go there more than we should: when it’s been a long week and we don’t have the energy to cook, when we want to celebrate a success or have a date night, even when we’re cooking and just want some of their signature coconut rice and Thai iced teas to enhance our meal. It’s a luxury, and the version of myself who subsisted on fries and pickles still pops up now and then, chagrined at my blasé spending. I feel her in my hands when I pull my credit card out of my wallet to pay the bill, but it’s been getting easier to ignore her guilt.

I know that someday, maybe soon, I’ll move from my apartment into something larger. A house or a condo in a different neighborhood, maybe closer to work or in a more affordable area. I’ll find a new restaurant to frequent, and Saysetha and all its charms will be a pleasant memory. I wonder what version of myself I’ll be then.

Jenny Staller is a school librarian and Slytherin who lives in Oakland, California. As much as she wishes it were otherwise, she still thinks the best fries in the world are from McDonald’s.

1. We Did Good, Billfold
2. Question Wednesday
3. What I Learned From Five Years of Writing and Editing for The Billfold
4. How a Program Assistant Dealing With a New Paycheck System Does Money
5. Classic Billfold: What I Wanted From My Move to Portland and What I Got
being-a-regularfoodfood seriesrestaurantsyes mcdonalds capitalizes drive-thru