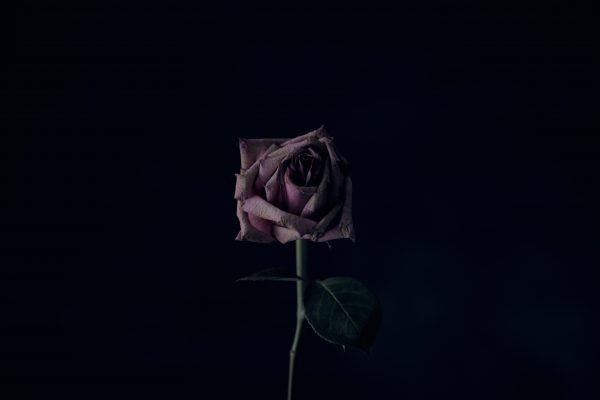 I don’t know exactly how I’m going to die, but I know how I want to die: either instantaneously in some type of catastrophic accident, or — and this would be the preferred option — by my own hand, at a time of my own choosing, to close out a progressive or terminal condition. The way Terry Pratchett did. [Update: as Billfolder jmoore notes below, Pratchett supported assisted suicide and spoke about it before his death, but he did not take his own life. I should have checked that fact first.]

And, although I know that it would be nobler to donate my body to science, I still have this fantasy of turning my body into a cremains diamond, getting it set into a piece of costume jewelry, and donating it to a community theater without informing them of its provenance. The necklace or crown or whatever would bounce around from production to production until it finally got tossed out, and I continue to hold to this fantasy even though I know it is both unlikely and unethical.

It’s hard to think about death without combining the realistic and the fantastical. We know we’re going to die, and it’s worth taking the time to create living wills, get our paperwork in order, and talk to our families about our wishes — but at some point all of this planning turns into an imagined scenario of the ideal death. Enough time to say goodbye to loved ones; enough faculties to be able to give informed consent but not enough to still want to be alive.

Which brings us to the Sarco.

The Sarco is an open-source, 3D-printable euthanasia pod. It is biodegradable and can serve as both your deathbed and your coffin. The website copy is baffling, the promotional version of whistling in the dark:

What if we had more than mere dignity to look forward to on our last day on this planet?

What if we dared to imagine that our last day might also be one of our most exciting?

When I read an article about the Sarco earlier this morning, I wondered if it was a joke — but although the open-source plans are not yet available to the public, the Sarco does appear to be real. Or, at least, something the designers and Exit International intend to make real very soon.

The FAQ notes that the Sarco plans will be released for free, but you’ll need to find a 3D print shop with a large-scale printer — and you’ll need to pay for roughly $7,500 in materials. Then you’ll need to purchase enough liquid nitrogen to induce hypoxic death.

You’ll also have to pass the Sarco’s online “AI (artificial intelligence) mental capacity test” to get the code that activates the pod, and I’m curious how Sarco will ensure that other people don’t pass the test on your behalf and then, like, force you inside. I’m also curious whether some print shops will refuse to print the Sarco, either because they are against euthanasia or because they don’t want any responsibility that might come with legal trouble.

But, despite my reservations, I like the concept. If we have biodegradable euthanasia pods when it’s my turn, and if I am of just-sound-enough body and mind to take advantage of them, there are worse ways to go.

1. We Did Good, Billfold
2. Question Wednesday
3. What I Learned From Five Years of Writing and Editing for The Billfold
4. How a Program Assistant Dealing With a New Paycheck System Does Money
5. Classic Billfold: What I Wanted From My Move to Portland and What I Got
deatheuthanasiapods