How the Wonka Kids Do Money: Mike Teavee 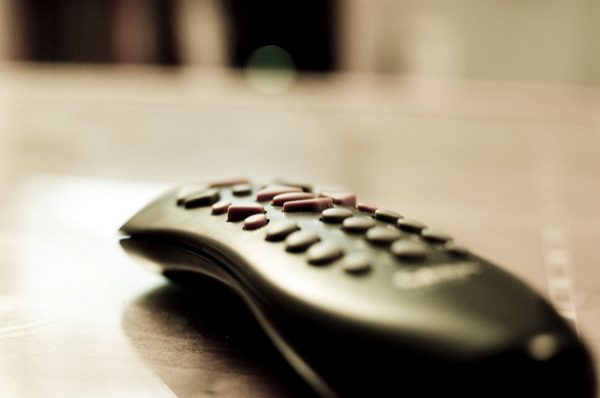 He got the basketball thing a lot, at first, until he started walking with a cane. All those vitamins and whatever that had been pumped inside of him at the factory (without his consent, though he’d decided not to sue, Wonka had disappeared and it was Charlie’s business now, and he didn’t want the media to get all excited about two Wonka kids in some legal battle, Charlie had it bad enough) had lengthened his limbs without strengthening them, and although he’d been able to walk out of the factory on what he now assumed was adrenaline mixed with painkillers, he’d eventually ended up in physical therapy and then in a combination of cane and wheelchair, depending on how good of a day it was.

“My joints,” he used to say, “are borked,” but his younger audience didn’t really get what borked meant anymore, or fubar, so he stopped bringing it up. He put his wheelchair in the shot, because people thanked him for doing that in the comments, and they could Google what had happened to his body if they wanted.

His father had not, after all, thrown the television out the window. They had gone home with their basketball-height son and their truck full of chocolate and — well, Mike didn’t really remember much beyond that, probably because the painkillers had worn off. But the television went back on almost immediately, though Mike’s basketball-length fingers were no longer able to grab at his toy pistols. He heard from Charlie, later, that Wonka had said he might become a pianist. That was when Charlie was trying to reconnect with everybody. Mike hadn’t spoken to Charlie since he told him to stop sending the chocolate, though he knew Charlie watched his videos because he retweeted every single one.

Mike didn’t start making the videos until he was out of college. He’d studied television and film with the dream of maybe becoming a director or a showrunner, even though nobody used that word back then, and he still hadn’t forgiven his alma mater for letting him get all the way to the end of his degree, and all the debt that came with it, before explaining that most people broke in to the television industry by working as PAs, and… well…

He’d always wondered if they assumed he didn’t need to be employable. The wheelchair kid who had to talk to his computer because he couldn’t type; surely he’d be able to live for the rest of his life on family support and his annual truck of chocolate? (The existence of the truck precluded any disability benefits, although that wasn’t why he’d told Charlie to stop sending it.) His parents didn’t push him to move out of his childhood bedroom, either; they left him alone, finally able to watch as much TV as he wanted.

“I think I know more about television than most people,” Mike had said in his first, now embarrassing, video. “So I want to talk to you about how it works.”

The video was about The West Wing, breaking down the pilot and discussing how Aaron Sorkin used dialogue and staging to tell readers everything they needed to know about each new character. “Sometimes you get to the end of a pilot and you can’t remember the characters that were introduced, or their names. But Sorkin’s specificity makes these characters unforgettable. Josh. Donna. Toby. Mandy — well, we all kinda agreed to forget about Mandy, but I’ll talk about how to write a character off a show in another episode.”

And he did. By then his channel had its first 5,000 subscribers. Mike started bringing in a little money from YouTube ads, and when he hit 10,000 subscribers he launched a Patreon and found himself, for the first time in his life, earning something like an income. He started thinking about what it might take to live on his own, or maybe with roommates. It might be fun to have roommates. He also started thinking about whether he should make T-shirts.

Mike’s mom went with him to the first few conventions, sitting in the front row as he spoke on panels or standing behind his signing table so she could hand out swag, but Mike had also started to make new friends who wanted to help — and he had enough cash coming in that he could hire a part-time assistant if he wanted to, or at least pay someone to work the table with him. But his mom seemed to enjoy the whole scene, and his fans liked her, so he didn’t tell her to stop coming along. He was close to his parents in a way that most of his peers weren’t. They’d shared the same trauma. Mike still ate dinner with his parents every weekend, and when his girlfriend said “like Gilmore Girls,” he watched the series and actually enjoyed it. (Not the reboot, though. He did a two-part episode about Arrested Development and Gilmore Girls, explaining why their respective reboots didn’t work.)

Mike sometimes wondered where he’d be in five years — if YouTube would get bought out, if Patreon would do something else to alienate its supporters, if his mobility would continue to degrade to the point where he would no longer be able to make videos. He knew that he hadn’t been guaranteed a lifetime supply of money, and even though he and his girlfriend had a budget (that she mostly managed) he still had to think about how long he’d be able to keep this up and when he might have to start doing something else.

He hoped it would involve television.

1. We Did Good, Billfold
2. Question Wednesday
3. What I Learned From Five Years of Writing and Editing for The Billfold
4. How a Program Assistant Dealing With a New Paycheck System Does Money
5. Classic Billfold: What I Wanted From My Move to Portland and What I Got
booksfictionwe're doing the book version of the wonka story not either of the moviesyes I've contemporized the characters deal with it