I’m a Lawyer Who Works Retail to Make Ends Meet 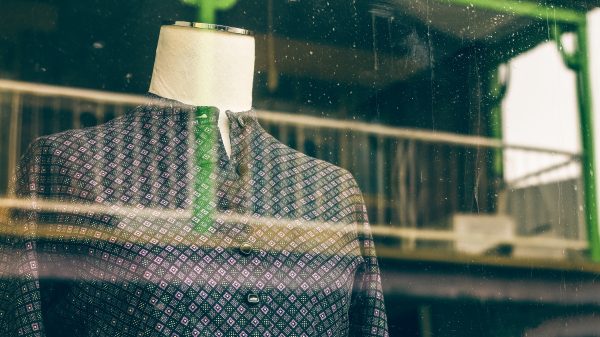 Photo by Mike Wilson on Unsplash.

I’m a lawyer in her third year of practicing, and I work retail most weekends. Processing and accepting these two facts sometimes takes up as much space in my brain as an additional side-hustle.

I went to law school in the worst possible year to go to law school. Applications hit a record high that year, and no one told the legal market that there were tens of thousands of young attorneys who had loans the size of mortgages. The recession hit the market pretty hard (lawyers don’t have clients when their clients are getting foreclosed on), and all of the competition drove lawyers’ salaries into the dirt. It took me a while to find a position, and like most other young attorneys, I’m not earning much. Picture The Firm. Now picture the exact opposite of that, in income, excitement, and mafia involvement — that’s me.

I was hired at my retail job in the fall of 2014 when stores were looking for holiday help — and even though I was desperately looking for a position that required bar passage, I needed money. I was hired permanently in early 2015 and worked as many hours as I could while interning for a small firm. I’ve held three legal positions since then, all of which were full-time, but I’ve continued to pick up shifts in between those jobs. My retail workplace offers a reliable small income (I’m paid weekly) and I adore my coworkers.

Clothing retailers are experiencing their own downturn at the moment, and while the rational part of me knows I’m not responsible for the collapse of two industries, it does make me feel like a bit of an economic Typhoid Mary. The move to online retailing has hurt brick-and-mortar stores significantly, and I’ve been told that my generation is also killing them. I’ve got my gig, though, and it’s about as secure a job as you can get in retail.

Both of my jobs are, at their core, service jobs. One job has customers; the other has clients. One job has a uniform shirt; the other has a uniform suit. For retail, the customer is (nearly) always right; in law, my job is frequently to tell the customer that he is wrong. It’s probably obvious which job commands more respect. To be fair, there are plenty of times when clients and opposing counsel are not respectful, as I’m a young woman in a field still dominated by older men, but on a day-to-day basis, it’s not even close. Even on my worst lawyering days, the client at least pretends to listen to what I have to say — and my family is happy to tell everyone that I’m an attorney, even if I lose a hearing or a case.

A few weeks back, a customer asked about the college class ring I wear on my right hand. She guessed that it was from a nearby Catholic high school, and I told her it was from my college. With her additional questioning, I ended up telling her my entire educational history, including my move to the area for law school.

“Oh, goodness. And you work here?”

“Yes! I have student loans, and bills, and I actually quite like it!”

I was relentlessly cheerful during the rest of her husband’s transaction, finished it up, and told them I hoped that they had a good day. She then decided to double down and say “well, I’m sorry to see you working here!” I believe I replied with something along the lines of “oh, well, um, thanks for stopping in!” but I truly can’t remember. I was ashamed, I was defensive, and I was upset on behalf of my coworkers, some of whom had been close enough to hear the interaction. Did this woman assume they deserved the low pay and struggles of a cashier position?

I shouldn’t have felt shameful or defensive — I was working, and my work, though low-paid, is not shameful. The only shame to be found should be in the hearts of those who created a system which requires multiple jobs and mountains of debt to stay afloat. As much as I know this, and as much as I repeat this to myself, I still can’t dust off the thought: She’s right. I’m a lawyer, and this is beneath me.

That’s the awful thought I have during every retail shift — shouldn’t I be done with this?  It’s frequently said that every person should have to work in retail or food service once in their lives, and the implication is that you’re supposed to move on from that job. It’s not supposed to be a career; it’s just supposed to be a stepping stone and a nice story to tell once you’ve Made It. But it’s not the truth yet, for me — and maybe it will never be. A lot of people work retail jobs for decades, if not their entire working lives. I am not better because I am an attorney, and I am not worse because I’m a cashier, and I’m going to keep repeating those things until I know them and everyone close to me knows them. It’s not that I shouldn’t need two jobs simply because one of them is “lawyer;” it’s that nobody should need to work multiple jobs just to survive.

Christina Cozzetto was born and raised in New York and currently lives in a Philadelphia suburb with her husband and dog.  You’ll frequently find her having intense emotions about fiction, talking about mental health and the legal profession, and putting her dog’s name into song lyrics.

1. We Did Good, Billfold
2. Question Wednesday
3. What I Learned From Five Years of Writing and Editing for The Billfold
4. How a Program Assistant Dealing With a New Paycheck System Does Money
5. Classic Billfold: What I Wanted From My Move to Portland and What I Got
careersjobslawlawyersmillennialsside hustles