Why I’m Ditching My Beloved Car 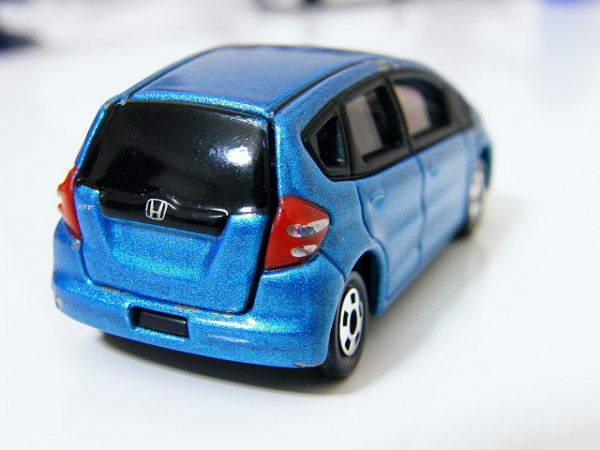 For almost a year, I’ve worked in a town 45 miles from my home. The position requires enough additional driving that I clock about 500 total miles per week. Later this month, though, I will begin a job that is two miles from my home and easily accessible by bus, bike, or my own two feet. For that reason, my husband and I are contemplating ditching my 2007 Honda Fit and becoming a one-car household.

Financially, moving down to one car will help the family budget. The loan has long since been paid off, but we do shell out about $375 per year for insurance. Then there are the oil changes, other maintenance, gas, registration, etc. When all’s said and done, I expect that we’ll save close to $200 per month in transportation costs compared to what we’re paying now.

At this point, the car’s value is only about $2,500, so I’m not expecting a big financial boost from selling it. Honestly, resale value has never really been a concern — with a Honda, driving it into the ground seemed like the right and proper thing to do. However, knowing that the day was coming when even modest repairs could exceed the car’s value, my husband and I had started saving for a replacement. We hit our target — the full cost of a decent late-model used car — two months before I got the job offer that will allow us to let go of the Honda without replacing it. Now we’re in the delightful position of figuring out how to reallocate those savings.

The savings windfall is significant. However, I’m most excited about the lifestyle benefits of moving toward a less-car-based existence. Earlier this year, Jennifer Sharrow published an excellent Billfold piece about the changes she made to get back some of the time she had been sinking into her daily commute. Like Jennifer, I am not a jolly commuter. Some of my friends and coworkers, particularly those in the mental health field, swear by their long commutes as a time to mentally transition between their work lives and their home lives. I’m glad this strategy works for them, but it’s never really worked that way for me. Commuting by car makes me grumpy, bored, and snacky. I am beyond excited to trade an hour-and-a-half behind the wheel each day for 20 minutes of reading a book on the bus or an hour of walking, much of it along a lake.

It didn’t occur to me until recently that getting rid of the car will literally mean no longer possessing 2,500 pounds of metal, plastic, and upholstery. In true minimalist bandwagon style, I’ve spent the last few years paring down what I own. While I can feel good about dropping some books in a Little Free Library or donating bed linens to a charity shop, those actions pale in comparison to jettisoning a whole automobile.

Part of preparing for this change is calculating its costs. A bus pass, subsidized by my new employer, is a negligible $36 per year. Tuning up our bikes, which have been moldering under my parents’ deck for the last few years, will cost at least $100, plus I’ll need to invest in a new helmet and bike lock. I’m also contemplating whether it would make sense to budget for a few cab or Lyft rides per month. While we’ll still have one car, my husband uses it each weekday for work and/or school commitments that often stretch into the evening. If we plan now to pay for a few rides per month on days when our transportation needs conflict, it won’t bust our budget later.

Of course, this change will come with some lifestyle costs. There are likely many people in urban (and not-so-urban) areas who will have a hard time fathoming why two childless adults would ever want or need their own vehicles. However, I grew up in a time and place where a driver license plus a set of wheels was the formula for freedom, not to mention social connection. Aside from two years of dorm living, I’ve had a car at my daily disposal since 2001. I would be lying if I said I’m not going to miss the convenience.

These days, my car shows most of its 172,000 miles, which is to say it’s pretty busted. The air conditioner blows only hot air, there’s something like weatherstripping dangling off one of the back windows, and the hatch has been purely decorative for years. But it’s mine, and it’s going to be hard to say goodbye. Over the last eight years, we’ve done road trips to New Orleans, the Great Smoky Mountains, and the Wisconsin northwoods, not to mention thousands of commutes. At age 25, going to the dealership by myself and negotiating for the car was probably the most grown-up thing I’d ever done.

At this point, though, the grown-up thing is to sell or donate the car and adjust to one-car living. I’ll have to be a little more judicious in trip planning and a little more comfortable with waiting to do or get what I want. In the end, I’ll be swapping a small amount of convenience for more flexibility in our budget, more opportunities to get outside and move every day, and more progress toward a lifestyle that better aligns with my values.

Lindsay Woodbridge is a mental health counselor in Madison, Wisconsin.

1. We Did Good, Billfold
2. Question Wednesday
3. What I Learned From Five Years of Writing and Editing for The Billfold
4. How a Program Assistant Dealing With a New Paycheck System Does Money
5. Classic Billfold: What I Wanted From My Move to Portland and What I Got
carsdownsizinggiving up a carone-car household