The Billfold
Getting Hours Back

On Moving for Time 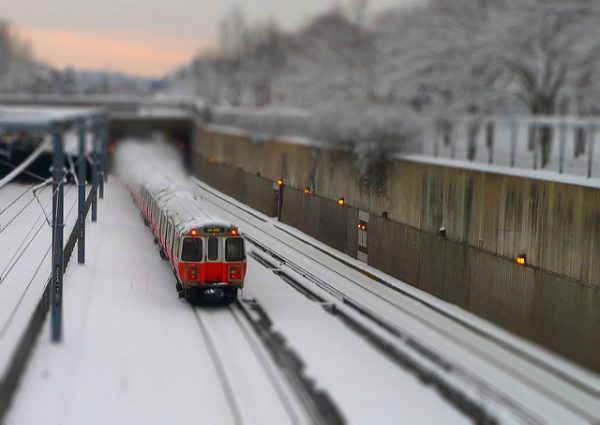 In June of 2015 my spouse and I and our two cats moved from coastal New Hampshire to Western Massachusetts. The move was a result of frustrations with my previous commute, the high cost of living in metro Boston, and an offer of employment for a new job. The move meant a lot of changes — I was getting a new agency, getting a new career focus, and I was getting back my time.

Since October of 2012, I had been commuting into Boston three days a week for work. I rode the Amtrak to North Station and walked from there to my office. Based on the train schedule, my total round-trip commute should have been three hours — but there were occasional delays that would lengthen the trip. Then, in January and February of 2015, New England was hit with multiple snow storms. The train ran late and ran slow for many weeks, extending my commute by over an hour. As I waited in my freezing car in the mornings, a thought came to me: what if I didn’t have to take this train anymore?

I weathered the weather, but then in the spring a “rail improvement” project was announced that would result in more delays through the summer. I couldn’t take it anymore. I talked it over with my spouse, and in March of 2015 a decision was made: either I was getting a new job, or we were moving closer to Boston. Either way, we were moving, and I was cutting my commute.

We looked at options for moving closer to Boston. The goal was to reduce my commute to one hour round trip. I was looking for apartments either on the North Shore commuter rail, or closer to the city on the T (Boston’s version of the subway or the metro). I would still have to worry about train delays and improvement projects, but I would also have the options of a bus or driving my own vehicle.

In 2015, Boston was the third most expensive city for renters in the United States, falling only behind New York City and San Francisco. My spouse would be working from home, so he would need a dedicated office — which meant we were looking at two-bedroom apartments. We also had two cats, and would need parking for at least one vehicle. Options on the North Shore commuter rail route would run about $1,000 more per month than what we were paying in New Hampshire. Moving closer to the city meant even higher rents: an estimated increase of $1,600 per month for a two bedroom.

We could cut costs by setting up an office in the living room, but even a one-bedroom unit within walking distance of the T station would result in an average increase of $1,300 per month — and we’d be living in an apartment half the size of our current one. Still, we would be closer to friends and family, and have all the amenities of living in a metro area. At its cheapest, the Boston option would cost us an additional $12,000 per year.

During this time I submitted applications to open positions and had a few interviews. One of those interviews resulted in an offer. The office was located in a rural location, but within driving distance to multiple amenities. The rental market in Western Massachusetts was similar to the one in our New Hampshire neighborhood. There were plenty of two-bedroom apartments that allowed cats and provided off-street parking, renting for the same or even less per month than our current apartment. Best of all, all of the options were within a thirty-minute drive of the office.

The job itself was in line with my career and my interests, and would give me the opportunity to learn new skills and grow professionally. However, because I didn’t have the direct experience for a lateral transfer, the starting pay would be significantly lower than my existing position. Taking the job would cost us an additional $10,000 per year.

I knew when I applied to the new position that I would likely have to take a pay cut, since I would be starting lower on the ladder at the new agency. From a number-based point of view, the new job was a better financial option than moving closer to the city. The hard part was being able to look at it from the financial lens only. I didn’t realize the emotional impact of being offered a lower salary, or how much my self-worth was tied to my income. Hadn’t I been working hard and advancing my career for the past few years? Wasn’t I worth more? I had plenty of time for all these thoughts on my long commute, and I knew what the decision would be.

The answer did come down to money, but in the long term instead of the immediate future. When my spouse and I thought about what we wanted in the next stage of our lives, we pictured a modest house with a yard big enough for a dog. Renting in Boston would be expensive, but buying near the city would be almost impossible even with my higher salary. The houses in the Boston metro are about three times as expensive as similar homes in Western Massachusetts, and the yards that come with those expensive homes are about three times smaller than what you can get in the rural parts of the state. The new job offer came with a lower salary, but with the benefit of more time — and more life in that time.

The value of time

Five months after our move we bought a house with a huge yard. Three months later we adopted a puppy who runs around the yard like it’s her favorite place in the world. I have a total commute of one hour and I’ve had more free time for walking the dog, volunteering, and joining a town board. In addition, I get a whole extra hour of sleep every morning, and that alone is worth every penny.

Jennifer Sharrow is an attorney and community development specialist living in Western Massachusetts. She likes budgets, zoning, and posting pictures of her pets.

1. We Did Good, Billfold
2. Question Wednesday
3. What I Learned From Five Years of Writing and Editing for The Billfold
4. How a Program Assistant Dealing With a New Paycheck System Does Money
5. Classic Billfold: What I Wanted From My Move to Portland and What I Got
commutemovingmoving seriestime