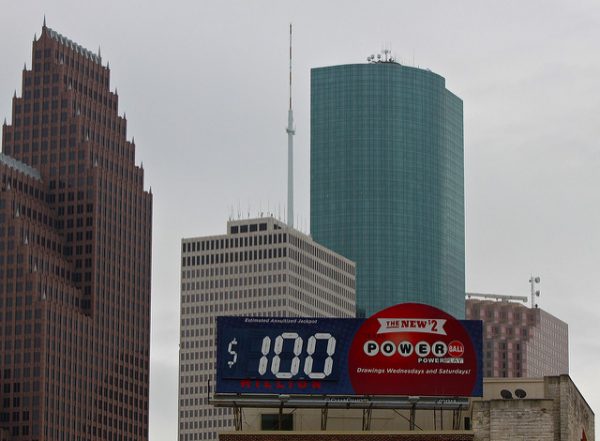 Yesterday you requested to discuss the story of the lottery winner who wants to remain anonymous, so here we go:

On January 6, a New Hampshire woman correctly matched all six Powerball numbers and won the $559.7 million grand prize. However, she has not yet claimed the money because she is worried about what will happen after her multimillionaire status becomes public information.

Like many states, New Hampshire requires lottery winners’ names and locations (city/town, not street address) to be made public. This woman is suing the New Hampshire Lottery Commission for the right to remain anonymous.

“She is a longtime resident of New Hampshire and is an engaged community member,” the woman’s attorney, Steven Gordon, wrote in the court documents. “She wishes to continue this work and the freedom to walk into a grocery store or attend public events without being known or targeted as the winner of a half-billion dollars.”

According to Gordon, the winner plans to remain in New Hampshire and distribute her winnings carefully.

“She intends to contribute a portion of her winnings to a charitable foundation so that they may do good in the world. She wishes to be a silent witness to these good works, far from the glare and misfortune that has often fallen upon other lottery winners,” he wrote in court records.

This woman’s concern about misfortune is legitimate; lottery winners are regularly besieged by requests from relatives and friends, targeted by con artists, and robbed — or in some cases murdered — by people who want access to their money.

The irony is that the woman could have had the anonymity she was seeking, if she hadn’t signed the back of her lottery ticket. NPR explains:

Maura McCann, a spokeswoman with the New Hampshire Lottery Commission, tells NPR that the state’s Right to Know law allows them to reveal the identity of the person whose name is written on the ticket. But a loophole would let the winner’s identity be shielded if the name of a trust is written on the back of the ticket instead. The trustee’s name would then be the one to be released, and that could be anybody, including a friend or a lawyer, McCann says.

However, the woman claims that both the state lottery website and the ticket itself included the instruction to sign her name on the back, and she was not informed about the trust option. By signing her name, she has revoked her right to have a trust receive the funds.

This is the type of lawsuit that could change the way states deal with lottery winners; at the least, it seems like the kind of thing that would require all lottery tickets to include language about the trust option along with the request to sign the back of the ticket. But — as the Washington Post explains — the lottery is less effective if potential entrants don’t see real people win. The state needs the big announcement; it needs the woman’s name and town and story to be made public to entice other people to play the lottery. Learning that the $559.7 million prize went to an anonymous trust just isn’t the same thing; it’s harder to imagine yourself as a winner, and easier to think about how you might also want to choose the anonymous option.

So that’s the story, as of today. It’ll be interesting to see what happens with the lawsuit. I could see this woman walking away from her prize if she doesn’t get the anonymity she desires — but that’s just speculation. What do you think will happen?

1. We Did Good, Billfold
2. Question Wednesday
3. What I Learned From Five Years of Writing and Editing for The Billfold
4. How a Program Assistant Dealing With a New Paycheck System Does Money
5. Classic Billfold: What I Wanted From My Move to Portland and What I Got
anonymityif you search "lottery winners murdered" there are a lot of really sad storieslotteryluckwealthwindfalls