When Your Big Move Sends You on a Four-Month Detour 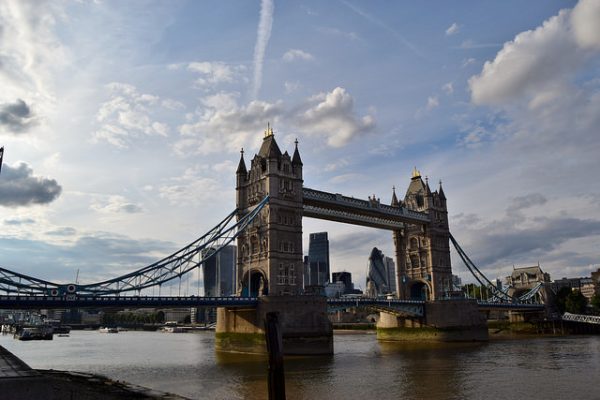 I had been waiting impatiently for months for either a rejection or acceptance letter. I was offered a trip to Europe instead. Rather than being given or denied admission to NYU as a junior transfer student, I was proposed an alternative: I could become an NYU student but I had to spend my first semester abroad.

(An online forum of other transfer students awaiting their decision letters told me that NYU over-accepts new students and often doesn’t have enough housing in the city, thus they ship some students off to foreign campuses until space can open up the following semester.)

The first thing I thought when I saw this proposal was that I didn’t have the money to study abroad. I had never planned to do it, not even at the University of Georgia, where I was currently enrolled (and even had a full-tuition scholarship). My mother had already drilled into me the dangers of debt and was trying to dissuade me from taking out thousands of dollars in loans to move to Manhattan. A four-month detour to Europe, at a time when the British pound almost doubled the American dollar, just seemed like taking a wad of money and setting it on fire.

Still, I dreamed of going to NYU — and this was not just some romantic dream of city-dwelling fueled by Candace Bushnell novels and episodes of Gossip Girl. I had spent the last two years furiously trying to find my purpose in life. In my first year of college, I took a graduate-level poetry class, enrolled in a career planning course, and struggled with how small a college campus felt for someone who wanted real-world experience. I desperately wanted to break into book publishing, and New York was where the big houses were located.

So I applied to transfer to two schools: the University of Washington and NYU. UW was an attempt to maintain the West Coast lifestyle I had been living for the last year. Many people who grew up in Hawaii went there, and, having spent my childhood in Honolulu, I was eager for something familiar in a city setting. That being said, I told myself that if I got into NYU, I would do everything in my power to go. It was so dramatically different from anything else I had experienced so far, and I was hungry for a change.

When NYU offered me the opportunity to study abroad, I decided that I had to take the leap. I chose to spend my fall semester in London, since it was the only campus they offered me where the primary language was English. Considering how quickly I would have to adjust to living abroad, I figured not having a language barrier to contend with was a safe choice. I also knew London was a great literary city, so studying there fit perfectly with my long-term career plans.

What followed was a summer of constant paperwork and preparation. I only had a window of two-and-a-half months to get everything in order. I spent part of a family vacation working out visa and passport procedures, paying extra money to have my passport application expedited so that I could apply for my visa in time. My passport photo is a picture taken after my mom and I ran through the Kapiolani Sam’s Club, trying to squeeze in one more errand. I am shiny with sweat in the photo, hair matted by the Oahu heat. But I am smiling.

A week before departing for England, I went up to New York for an orientation. I stayed with a high school classmate who was at NYU, and I watched the lights twinkle out the huge windows of her downtown dorm room. I thought about how much I wanted to be there, about how going to London seemed like a pesky pit stop on the way to the rest of my life.

I arrived at Heathrow without even a travel guide on my person. I was so harried over the summer between picking up shifts at the mall and making sure I had proper attire packed that I didn’t take any time to research the place I was going to. All I knew was that I had to find my school group once I got in, and from there I would be led to the rest.

I was lucky because NYU did a lot to help us all get situated. We were especially spoiled because my living quarters, though significantly more expensive than the cardboard-box-sized dorm rooms at the University of Georgia, were part of an adorable flat. Four roommates and I had a lovely small building to share; three roommates shared a bathroom and room on the top floor, my roommate and I shared a bathroom on the ground floor, and there was a comfy living room and kitchen downstairs. Two of my upstairs roommates were studying acting, so they were rarely home, leaving the downstairs vacant for the rest of us to watch The X Factor and British music videos over bags of gummies from Tesco all night long.

The living quarters were also conveniently located in Clerkenwell in London, which was about a half-hour walk to our NYU student headquarters and the university buildings where we took our classes. I walked to class to avoid paying the pounds it would cost to get to and from campus every day.

As I mentioned, the British pound was about twice the dollar, and calculating costs was a constant source of anxiety for me. To help keep costs down, I did a lot of grocery shopping at the Sainsbury on the way home from class. I ate A LOT of pasta during my time there, since it was cheap and stored well. I also ate a lot of curries from pouches — whatever was on sale, really. Once they had a discount on individual cups of rice pudding, and so I ate it for about a month straight, as regularly as I would eat yogurt back at home.

Loving food as much as I do, I couldn’t completely curb my urges to eat out. When we first arrived in London, Wagamama and Hummus Brothers offered us student discounts, so we ate there when we could. When those offers dried up, I joined a club through school that encouraged us to write restaurant reviews for affordable places around campus. Every week, they picked a winning review which was rewarded with a ten pound note. Through them, I ate a couple of free dinners and discovered a few restaurants where I could eat a fantastic meal for under £10, from sushi to Sunday roast. They even treated us to an end-of-the-semester dinner, complete with dessert.

In general, I found that leaning into the NYU sponsored activities was a source of free entertainment. Our courses offered a lot of opportunities to do things: we saw some of the biggest Shakespeare productions at the time (both King Lear with Ian McKellen and Macbeth with Patrick Stewart) with my Shakespeare class and went to a literary festival panel with Ian McEwan with my creative writing class. The program sponsored a lot of free tours and excursions, from a day in Bath to a whirlwind bus tour around the city.

I also went out of my way to find free things to do. I volunteered at a primary school where the children were adorable but also laughed hysterically at me when I referred to trousers as “pants.” I went to a taping of a British culture show, though the hours of shooting that it entailed were a little more than I bargained for. I also liked window shopping on Oxford Street and browsing all the different markets. As we got closer to December, I would drag friends to Christmas tree lightings, as I loved how festive they felt.

Of course, not everything I ended up doing was free. I traveled to Paris, Ireland, and Rome, where I stayed in very affordable hotels that I shared with classmates, rode cheap flights on Ryanair, and spent most of the trips just walking around and taking in the sights. I bought little souvenirs here and there, but nothing significant. In Paris, I especially felt priced out of the city, but I tried to counteract that by just enjoying walking around, wandering around the museums for hours, and just getting bread from the boulangerie and eating it in bed at the hotel.

My other big expense was theatre tickets, though I tried to be as reasonable about it as possible. I searched out deals and often ended up with standing room tickets, which meant the price for the show was less than £25. Sometimes it was hard to concentrate while standing through a long play, but I remember that, when I heard the orchestrations of the finale of Parade at the Donmar Warehouse, the music was so hauntingly beautiful that I completely forgot that my Mary Janes were starting to give me blisters. The thing I probably struggled with more was not buying ice cream at intermission.

When we left London, a lot of my classmates were more than ready for their returns home. They missed their families and they missed the conveniences of home.

I was just grateful. Growing up, I had never known if I would leave Oahu, much less travel to another country. And yet there I was, walking to Bedford Square in the mornings, putting in my time on my way to somewhere else. It was an experience I never thought I’d have, a detour I never expected to take. But I was happy that I did it — and it would be the first move that would give me the momentum to tackle my biggest move of all: moving to New York City.

Kimberly Lew is a writer whose articles have appeared on websites like Washington Post, Real Simple, HelloGiggles, and The Toast. www.kimberlylew.com

1. We Did Good, Billfold
2. Question Wednesday
3. What I Learned From Five Years of Writing and Editing for The Billfold
4. How a Program Assistant Dealing With a New Paycheck System Does Money
5. Classic Billfold: What I Wanted From My Move to Portland and What I Got
collegemovingmoving seriesstudy abroadtransfer student