The Success of the Craft Beer Industry 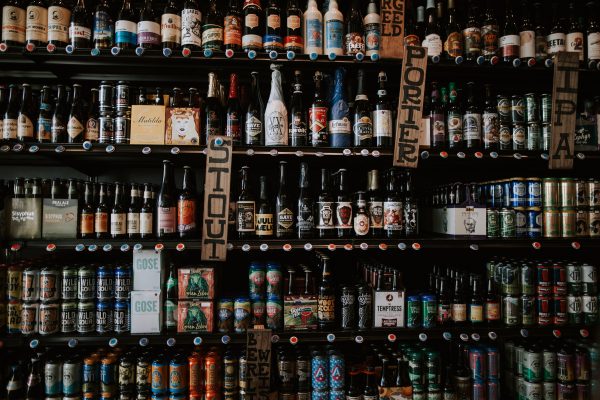 Photo by Christin Hume on Unsplash.

I’ve never been a fan of beer — I think it tastes like sour, wet cardboard — but I was still fascinated by The Atlantic’s look into the success of the craft beer industry:

Technology and globalization are supposed to make modern industries more efficient, but today’s breweries require more people to produce fewer barrels of beer. Moreover, consolidation is supposed to crush innovation and destroy entrepreneurs, but breweries are multiplying, even as sales shrink for each of the four most popular beers: Bud Light, Coors Light, Miller Lite, and Budweiser.

You might remember that last year there was this whole thing about how Millennials killed beer because they’re no longer drinking Natty Light (or, on a special occasion, Sam Adams). But even though overall beer sales are on the decline, small breweries are booming.

“At the end of the day, the craft-beer movement was driven by consumer demand,” said Bart Watson, the chief economist at the Brewers Association, a trade group. “We’ve seen three main markers in the rise of craft beer—fuller flavor, greater variety, and more intense support for local businesses.”

There’s also the whole experience factor; people don’t want the same beer every time, and they don’t want a mass-produced corporate beer that tastes the same every time.

Plus there’s a huge section on the history of beer in America, if you’re into that kind of thing.

But I was a little surprised that The Atlantic didn’t address the overall growth of microbusinesses beyond microbreweries. The piece opens with a statement about corporate behemoths, and I’m not sure if they’re including Amazon/Apple/Google among those behemoths, but if they are, then there needs to be at least something about all of the app creators, the third-party resellers, the YouTubers, the self-published authors and small presses. (As with anything else, only a handful of those microbusinesses are successful, but we’re part of the behemoths! Right?)

1. We Did Good, Billfold
2. Question Wednesday
3. What I Learned From Five Years of Writing and Editing for The Billfold
4. How a Program Assistant Dealing With a New Paycheck System Does Money
5. Classic Billfold: What I Wanted From My Move to Portland and What I Got
beerdrinkfood