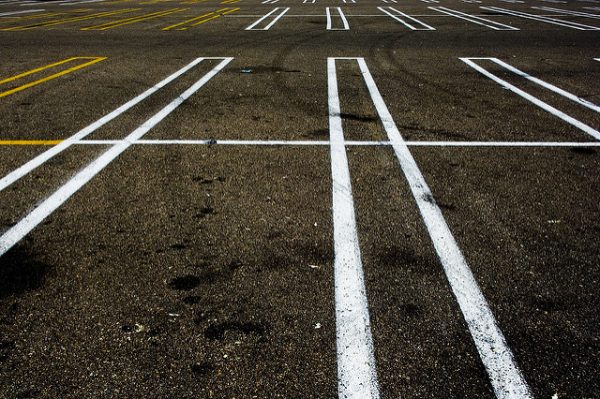 What should a city do when its residents can’t afford to live there? As Steve Lopez reports for the LA Times, Santa Barbara is creating “Safe Parking” lots so people who live in their cars can have a safe, monitored place to sleep.

In the 18 months since my colleague Gale Holland wrote about the Santa Barbara program, the number of parking lots has grown from 20 to 23. The spaces are all filled, with a waiting list of 40 people, and there’s been a slight increase in the number of people who work, but still can’t afford an apartment.

I got this story as a tip from a Billfolder who noted that it effectively addressed all of the common arguments:

Lopez interviews people who were doing fine until they hit one bad break — often an injury that prevented them from working. Once they lose their house or apartment, finding a new home is extremely difficult:

In Santa Barbara, the benefits go well beyond having a safe place to park for the night. The clients are linked to services, and 40 of them have moved out of vehicles and into apartments in the last year. But like elsewhere along California’s coast, there just isn’t enough affordable housing to meet the demand, said New Beginnings Executive Director Kristine Schwarz. Even for those with jobs essential to the local economy.

“I can barely afford to live here,” said Schwarz. “Rents have gone up significantly and wages haven’t … and I don’t see that changing any time soon.… I have staff paying more than two-thirds of their income on rent, and they’re gainfully, steadily employed. And they don’t even have their own places.”

1. We Did Good, Billfold
2. Question Wednesday
3. What I Learned From Five Years of Writing and Editing for The Billfold
4. How a Program Assistant Dealing With a New Paycheck System Does Money
5. Classic Billfold: What I Wanted From My Move to Portland and What I Got
affordable-housinghomelessnesshomesthe rent is too damn high