I Want to Put More Money in Cryptocurrency — But Which One Should I Choose? 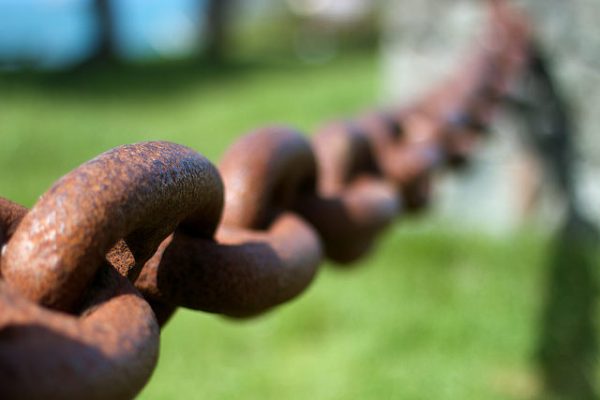 These days, talking about cryptocurrencies is like talking about the weather… if you’re friends with software developers. Beyond the developer bubble, the concept has permeated the mainstream to the point where even my parents are inquiring about “the blockchain.” In fact, we were chatting about it in a cab the other day, and our elderly driver turned around to ask if “this Bitcoin thing was really going to take off.”

Of course, at around $15,000 per coin, Bitcoin has “taken off,” but its future remains uncertain, as it does with all cryptocurrencies. On top of that, it can feel like new cryptocurrencies are popping up every day (including one that counts the Doge as its mascot), some more apparently trustworthy than others. With all the hype, and considering the arc of Bitcoin’s growth, I decided it was time to throw a small sum of money into an altcoin (aka, a non-Bitcoin cryptocurrency). Mainly because why not?

In September, I wrote about how my partner put money in Ethereum and a short-term boost in the currency’s value helped us with our moving costs. After that, I decided to turn some of my own US dollars into Ether — a relatively small sum, because I am neither big into gambling nor rich. The sum I put in in mid-September has nearly tripled, which at first made me want to keep throwing more money into that same, swelling pot.

But with Ether currently at $850 per coin (a number that has almost certainly changed since this writing), a newer and cheaper currency seemed like a potentially better — or at least more interesting — bet. Diversify, right? Thus began my research into the uncertain world of lesser-known cryptocurrencies.

Please note: I am by no means a cryptocurrency expert — far from it. Take what I write with an unpalatable amount of salt.

Litecoin is one of only four currencies available to trade on Coinbase, the biggest Western digital exchange for those new to the cryptocurrency game (i.e., me). Litecoin is also the cheapest coin you can purchase there. At around $252 per coin (again, this could change any second), it costs well under Ethereum at $850, Bitcoin Cash at around $2,600, and Bitcoin at nearly $15,000 (numbers from January 2, 2018). As I already use Coinbase for Ethereum, it would be easy for me to use the same exchange for another currency.

However, while Litecoin may rank towards the top in price per coin, in terms of market capitalization (aka its value based on the number of coins multiplied by the price of those coins), it falls under the other currencies I’d been looking at. Furthermore, its founder, Charlie Lee, sold the vast majority of his Litecoin in December 2017 because others felt his tweets about the currency were unfairly influencing its value.

With a single person being able to hold so much sway over a currency and its relatively high price per coin compared to other cryptocurrencies with higher market capitalization, I figured I’d pass on Litecoin. I wanted to buy more coins for fewer US dollars, anyway.

Home to cryptocurrency Ada, Cardano boasts an international team of “experts” including “academics and engineers” working on its platform, according to its website. This team has ambitious goals that aim to please both regulators and users, and so far, it looks to be most active in Japan. Cardano appears transparent — their website makes learning about the cryptocurrency easy — and it’s ranked fifth in market cap at close to $1 per coin.

“Cardano so far has big promise, but that’s all it has,” a developer friend of mine, who’s been deep into cryptocurrency for months now, recently told me. He believes it will get a boost around spring this year. Interesting…

“Ripple is definitely the accelerating bet,” said that same developer friend, who has become, for better or worse, my personal cryptoconsultant. “It touts itself as blockchain 3.0.” (In this analogy, Bitcoin is blockchain 1.0, and Ethereum is 2.0.)

In terms of market capitalization right now, Ripple is currently number two, nestled between Bitcoin (obviously at spot one) and Ethereum. Each coin is worth around $3 as of this writing.

Ripple’s origins lie in a global payments system, RipplePay, started in 2005 to allow secure payments across different countries. Big banks like Santander and USB use Ripple due to its high level of security and efficiency. All the Ripple coin (XRP) that ever will exist already exists — in other words, it cannot be mined (the same is true of Cardano). To an amateur cryptospender like myself, this all sounds like pretty good stuff.

CryptoKitties are “cryptocollectibes” that you can purchase on the Ethereum blockchain. So while this option is technically akin to putting money in Ethereum, it is exponentially cuter. Just look at these cats!

After the initial surge in CryptoKitties’ prices and transactions spanning early to mid-December, both dropped dramatically. Seems like I missed the boat, there…

I recently spoke to CryptoKitties co-founder Mack Flavelle, whose job title at Axiom Zen, the Vancouver studio that launched CryptoKitties, is “Instigator.” I asked him if he would put money in any other cryptocurrency right now. His short answer: “I wouldn’t.”

When pressed, he compared such a buy to purchasing a lottery ticket. Flavelle wouldn’t buy a lottery ticket, so why would he buy an altcoin that “doesn’t make any sense” to him?

Fair point. I don’t generally buy lottery tickets either. But after doing some research, putting around $200 in…drumroll, please… Ripple felt like a safer bet than throwing that much money into lotto tickets or Cardano, a company that doesn’t have the business ties that Ripple does.

Right now, XRP is not available for purchase on Coinbase, which I already use for Ethereum. I’m waiting for another exchange, Bitstamp, to verify my identity as I type this. It’s taking a while, so it’s likely I’m just one of many currently flocking to the exchange to get my hands on some Ripple. We’ll just have to wait and see what that means for its growth.

Jessica Klein is a freelance writer and amateur portrait artist based in New York. You can find her work here.

1. We Did Good, Billfold
2. Question Wednesday
3. What I Learned From Five Years of Writing and Editing for The Billfold
4. How a Program Assistant Dealing With a New Paycheck System Does Money
5. Classic Billfold: What I Wanted From My Move to Portland and What I Got
bitcoinblockchaincardanocryptocurrencyethereuminvestinglitecoinripple