How Investing in Ethereum Helped With My Moving Costs 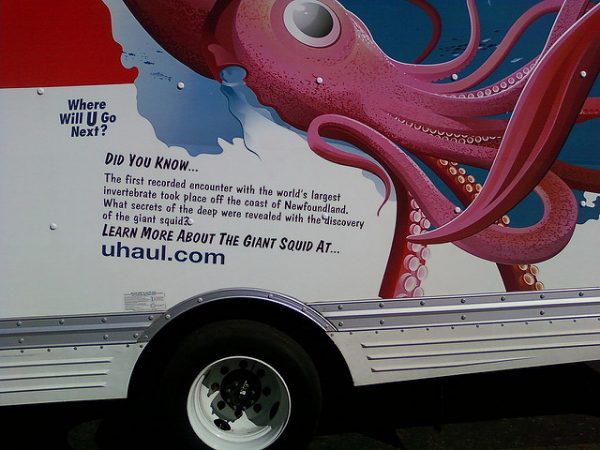 When my partner invested $900 in Ethereum in May, I didn’t expect it to help with our moving costs in August. Turns out, that modest investment in cryptocurrency was exactly what we needed to cover those sneaky, “hidden” moving expenses.

Not only is moving in the summer pricier “by roughly 20 or 30 percent,” but Katz also informed me that booking movers and moving vans between the 26th and the 3rd of the month—”when availability is lowest and rates are highest”—keeps those costs rising. Of course, my partner and I booked a U-Haul for the 26th, to move our own stuff and to bring a couch that once belonged to my grandmother back to her storage unit two states away.

On top of those costs, there was the realization that my roommate of four years owned all of our dishware (you kind of forget who owns what after all that time) which meant we needed to restock our new cupboards with plates and bowls. We also needed money for tipping the movers, aka “treating our friends who helped us move to dinner and lots of cold beer.”

So where did Ether—the digital cryptocurrency used in the Ethereum network—come in? It provided us an extra $600 to put towards those beers, dishes, and U-Haul.

When making his $900 investment in May, my partner purchased roughly four Ether at about $225 each. His plan was to see where this rollercoaster Ethereum ride would take him, as the cryptocurrency has been volatile as of late. At the same time, he wanted to play it safe. As a non-gambler, I strongly encouraged the playing it safe part.

Yes, that is the Ethereum logo riding a rollercoaster. The internet has everything.

This meant nailing down a price at which he would unquestionably pull out his money, which he decided would be $1,600. With all the ups and downs in Ether’s value, it seemed reasonable that if he “sold high,” he could take a small profit from his gains and then reinvest the same amount he had originally put in when the currency dipped again. That way, we could ensure he wouldn’t lose any additional money.

Then August 21 came, and along with a solar eclipse, we experienced a surge in the cost of Ether. Ethereum traded higher than it had since June 23, at a maximum of $347.05. My partner pulled out a bit before that peak and regretted it, but he still walked away with his $1,600, $700 more than he had started with three months ago.

Now we had our extra moving money (plus another $100 that may or may not have gone to more frivolous endeavors), but Ethereum had a grip on my partner—not to mention the original $900 he was waiting to reinvest. “It’s less about the money now,” he told me recently via Gchat. “It’s sort of become a game now that my first attempt of buy low and sell high worked out.”

Even though his plan remained unchanged—to see how much ETH he could acquire without spending additional U.S. dollars—I caught that hint of a gambler’s twinkle in his eye. It was time to really see what Ethereum was all about.

Having not given much thought to crytocurrency since college when I learned what Bitcoin could get me on The Silk Road, I began with the basics. The Ethereum system started up in July 2015, with the Ether’s price staying under $1 until January 2016. It wasn’t until this past March that the price really started going up, reaching a high of just over $50. From there, it increased dramatically, up to the $225 for which my partner purchased it in late May.

As of my partner’s investment, the price of Ether had increased by over 2,300 percent in 2017. Much of this increase is due to corporations’ interest in Ethereum technology, according to CNBC. Businesses like Microsoft, JPMorgan, and Thomson Reuters even came together to form the Enterprise Ethereum Alliance (EEA), “founded to connect large companies to technology vendors” so the former could more effectively use the Ethereum blockchain. The EEA now counts over 150 members. Big companies’ interest and Bitcoin’s split earlier this month both have inspired confidence in Ether.

But what are people saying about the currency’s future? Anything to give me confidence that my partner’s bet would be a safe one?

Bitcoin diehards, it seems, tend not to perceive Ether as a threat to the more established cryptocurrency. One 18-year-old Bitcoin millionaire even credited Ether’s growth to “speculators” who are creating a false sense of the currency’s value. He still thought, however, that short-term investments have the potential to significantly pay off. As much as I want to dismiss this with “he’s just a kid,” this kid has made over $1.7 million in Bitcoin. The fact remains that I have not.

As I write this, the price of one Ether is just above $320. Though I’m still not sure how ready I am to throw money into the ether (haha) during the currency’s next potential big dip, I do know that investigating the rises and falls in this cryptocurrency has primed me to think more about intelligent investing in general. The world of money, which previously felt very foreign to me, has become accessible through my partner’s small “buy low sell high” experiment—especially because that experiment provided us tangible aid in a time of financial need.

Jessica Klein is a freelance writer and amateur portrait artist based in New York. You can find her (writing) work here.

1. We Did Good, Billfold
2. Question Wednesday
3. What I Learned From Five Years of Writing and Editing for The Billfold
4. How a Program Assistant Dealing With a New Paycheck System Does Money
5. Classic Billfold: What I Wanted From My Move to Portland and What I Got
cryptocurrencyethereummoving