If You Haven’t Already Gotten Into CryptoKitties, You Might Be Too Late 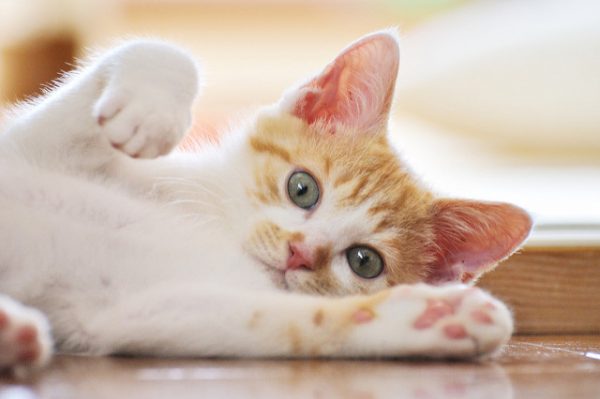 Today in “getting more people interested in cryptocurrency by putting a cat on it,” we go to Kotaku:

If Ethereum sounds familiar, it might be because a Billfolder used it to pay for moving expenses in August. Now people are using it to… breed virtual cats.

You can either have two of your kittens “sire” a third or pay another user to mate with theirs if you’re in the hunt for specific characteristics. The kittens then have a cooldown that restricts how fast they can make new ones helping to limit inflation. When the new kitten is born it comes with its own unique characteristics as well as a label designating which generation of kitten it is (starting back with the original set Axiom Zen made, gen 0).

If that sounds familiar, you probably played Final Fantasy VII in the ’90s. (I spent so many hours breeding Chocobos.)

The gist is that people are using Ethereum to buy, sell, and breed these cats, and—as Kotaku reports—they’ve spent $6.7 million doing so. (This number will very likely be higher by the time you read this; go to CryptoKitties Sales to see the latest figures.)

Also, this whole thing ONLY STARTED ON NOVEMBER 28.

And prices are still going up.

When you visit the official CryptoKitties site, which is so cute that it makes me immediately want to participate in the game, you get introduced to the term “cryptocollectible:”

Bitcoin and ether are cryptocurrencies but CryptoKitties are cryptocollectibles. You can buy, sell, or trade your CryptoKitty like it was a traditional collectible, secure in the knowledge that blockchain will track ownership securely.

You have to buy your initial CryptoKitty from the site—using Ethereum, naturally—and CryptoKitties also takes 3.75 percent of every transaction between two CryptoKitty users (buying, selling, breeding) that happens on their marketplace.

Even though I know that most of the easy money is gone and everything is likely to be more expensive than it was last week, I still have this tiny urge to go play CryptoKitties. I am going to ignore it and distract myself with whatever’s new on Tumblr, because I do not have any extra cash to put towards Ethereum to put towards this project, but… anyone else want to give it a go?

1. We Did Good, Billfold
2. Question Wednesday
3. What I Learned From Five Years of Writing and Editing for The Billfold
4. How a Program Assistant Dealing With a New Paycheck System Does Money
5. Classic Billfold: What I Wanted From My Move to Portland and What I Got
cryptocollectiblescryptocurrencycryptokittiesethereum