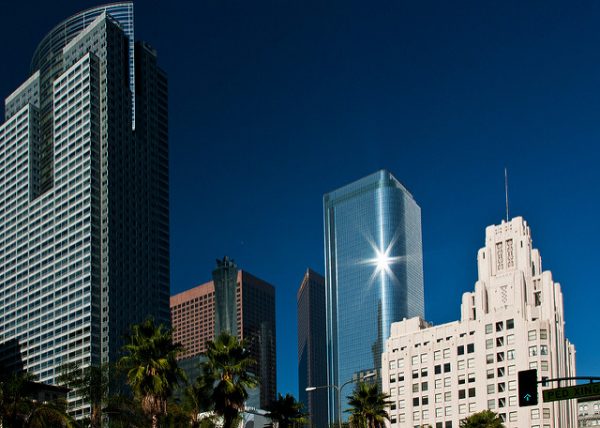 I’ve wanted to move to the States ever since I got addicted to American movies as a kid. As a teenager, I knew I wanted to live close to Hollywood. I’m a screenwriter, and that is what you do: You pack up, move to LA, get a job to support yourself while you try to sell your writing.

But there’s a problem I have to solve first: I am from Istanbul, Turkey. (No, the main obstacle isn’t political, even though the U.S. and Turkey spent last fall resolving a visa conflict.)

Most of the immigration talk concentrates on illegal vs. legal immigration, and whether the process is solid enough. The process itself makes immigration seem easy-peasy: Go through the official channels, speak the language, adapt and have some skills, and you should be fine.

What they don’t tell you about legal immigration is that it is insanely expensive. You can’t move abroad on a whim.

I should know. I’ve been trying to do it for over ten years. When I was about 16, I came to practice English at a summer camp in Santa Barbara for a month. I loved everything about it: the weather, people, architecture, low crime rate, lack of traffic, the beaches. Back then my dad had a really well-paying job, so the plan was for me to study at a Californian university and take it from there. But my dad had to quit his job, and even though he got employed later, our finances were never what they had been.

So I went to college in Istanbul. I figured it was way more logical to study business than film and television. For one, I didn’t like the film industry — or the films — in Turkey. For two, I wanted a degree I could fall back on in case the writing thing didn’t work out. Mind you, this was 2003. Blogging wasn’t so huge, and I had no idea writers could make a living from anywhere in the world.

I double-majored with advertising, thinking this would make me an even more attractive job candidate. But the screenwriting dream lingered. I checked out library books on craft and marketing and found a couple of useful online resources. But it wasn’t until my soul-sucking, first and only full-time job in 2008 that I realized I’d be a writer, no matter what.

Here’s the harsh reality of being a business major: the world is full of you, and you are either overqualified or underqualified for any job that interests you. In my job search (and office life), I discovered that the pay is crap, work-life balance doesn’t exist, and the commute will kill you. So after that job hurt my health, mentally and physically, I finally became a full-time freelance writer.

I should mention at this point that my clips were only in English. Writing in English gave me expressive freedom that I never felt with Turkish, and I had no contacts in the industry. So getting a job at a magazine here was highly unlikely. But by this time, blogging had become legitimate — and the internet provided more resources than ever.

My first months as a writer were a disaster. I was passionate about topics that didn’t pay well. The one thing I had going for me was my love for WordPress and all things blogging. I never became a sensational blogger that only made money from her websites, but I did make money freelancing. I lived at home, so I didn’t pay rent. (My parents own the apartment.)

To make more money, I started teaching ESL as a freelancer, putting my language skills to good use. My friend worked for a language school/education consultancy; I was hired by my friend’s boss after my first interview and started teaching adults. She also encouraged me to take CELTA, a Cambridge-based adult ESL teaching certificate that is valid around the world. With my freelance teaching bringing me semi-stable income, my writing career improved as well.

My research into U.S. immigration continued. I didn’t want to work for a company full-time, but if it meant taking me close to accomplishing my dreams, I’d bite the bullet. Unfortunately, most companies would rather hire someone who doesn’t need to be sponsored for a visa. It’s much less paperwork. (Visa sponsorship also means you are at the complete mercy of your boss. I’ve read horror stories.)

I didn’t win the green card lottery. I don’t work for an international company that can send me to an American branch. I could apply for an educational visa, but American university costs are astronomic, and I wouldn’t be legally allowed to work enough hours to support myself. I could get funding help, but most assistance is only offered after you finish your first year. Meanwhile, UCLA’s grad school — a dream school of mine — costs $31,920/year to non-California residents. This is without room and board.

I could open a business, but with what capital? According to immigration lawyer Henry G. Liebman’s book Getting into America, investing in a business, which would qualify me for the Treaty Investor E-2 visa, requires at least $200 grand.

I could buy property, but that isn’t cheaper than the educational or the business options. And it doesn’t automatically get you residency.

As a writer, my best bet is the O-1 visa. It’s granted to people with extraordinary talent. With bylines in dozens of blogs and a few international contest placements, surely I was a promising candidate? Nope. I talked to an immigration lawyer who specializes in this visa type, and she told me to get bylines in international glossies. If not in print, then online. Ever since then, I’ve been trying to get featured in the United States’s most prominent publications. I now have a byline on a Washington Post blog. I’m working on the rest.

I keep pitching to managers, agents and producers. I enter contests. I interact with people in the industry. I support my writer friends who suffer from location-related issues like me. We have a pact: Whoever gets to LA first and makes a name for themselves will get the others on their writing team.

Until then, I’m saving as much as I can without giving in to austerity. After all, a writer who doesn’t live life to the fullest can’t come up with story ideas to pitch to Vogue and Elle.

Pinar Tarhan is a freelance writer, blogger, and screenwriter. You can read about her musings on the writing life at writing.pinartarhan.com.

1. We Did Good, Billfold
2. Question Wednesday
3. What I Learned From Five Years of Writing and Editing for The Billfold
4. How a Program Assistant Dealing With a New Paycheck System Does Money
5. Classic Billfold: What I Wanted From My Move to Portland and What I Got
filmfilmmakingfreelancingimmigrationlos-angelesmovingmoving series