An Update From Talia Jane 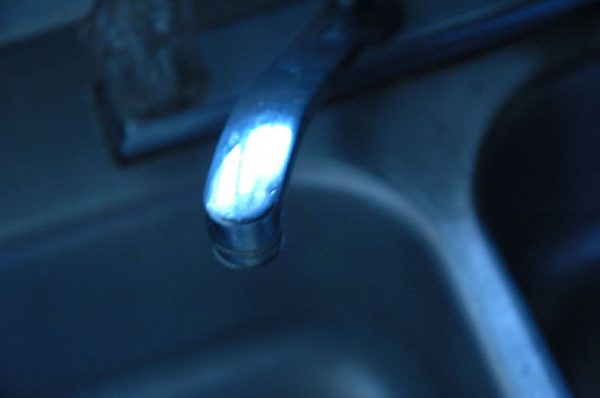 I got paid yesterday ($733.24, bi-weekly) but I have to save as much of that as possible to pay my rent ($1245) for my apartment that’s 30 miles away from work because it was the cheapest place I could find that had access to the train, which costs me $5.65 one way to get to work. That’s $11.30 a day, by the way. I make $8.15 an hour after taxes. I also have to pay my gas and electric bill. Last month it was $120. According to the infograph on PG&E’s website, that cost was because I used my heater. I’ve since stopped using my heater. Have you ever slept fully clothed under several blankets just so you don’t get a cold and have to miss work? Have you ever drank a liter of water before going to bed so you could fall asleep without waking up a few hours later with stomach pains because the last time you ate was at work? I woke up today with stomach pains. I made myself a bowl of rice.

She has an update at the New York Post, titled “Complaining about low pay online ‘destroyed my life.'” Her viral letter has since turned into a resume obstacle to overcome:

I breezed through the interview [at Starbucks]. The hiring manager seemed to love me. He was relaxed and smiled, and at first I was certain he would be calling me back. But then he noted my Yelp experience and asked: “You were terminated from Yelp?”

“Yes,” I replied. Then: “I wrote an open letter to the CEO calling out the need for higher wages and they fired me.” I gave him a quick smile, waiting.

Talia Jane is currently working as a dishwasher; her former Yelp peers, thanks to her letter, got raises and time off.

There’s also an interesting paragraph near the end of the piece where she references the fact that Stefanie Williams, after writing a viral response to Talia Jane’s open letter, sold a TV show; Williams, in 2017, described the process of selling the show in a way that suggests it had a lot more to do with years of hard work and rejection than the one piece of internet fame she got from her viral response — which was, in part, about the importance of doing that entry-level grunt work in order to get somewhere better — though Williams does acknowledge that the internet fame helped.

So… what are we supposed to take from this? If you write a public letter chastising your CEO, it might be hard to find a new job? If you spend ten years working in food service while trying to make it as a screenwriter, your public response to an open letter might put you on Hollywood’s radar?

I don’t know. It’s complicated. But Talia Jane’s update is worth reading, if you’d like to let us know what you think.

1. We Did Good, Billfold
2. Question Wednesday
3. What I Learned From Five Years of Writing and Editing for The Billfold
4. How a Program Assistant Dealing With a New Paycheck System Does Money
5. Classic Billfold: What I Wanted From My Move to Portland and What I Got
going viraljobslife-lessonsopen letterswhat if you do something you think is important and everyone benefits from it but you?