The Billfold
Becoming the Master Tenant

A Two-Bedroom Apartment of One’s Own 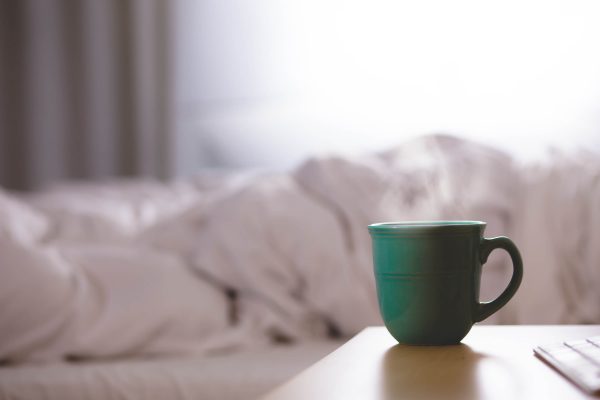 Photo by David Mao on Unsplash.

I just moved to the first apartment where I am the master tenant.

I may seem like a late bloomer. I’ve recently turned 34, but in the Bay Area, where I live, moving often means taking over someone else’s lease in a multi-person apartment… or moving in with a partner. People tend to lay down roots, not out of love for the space but out of fear that uprooting again may create instability from which you can never recover. When you find an apartment you can afford, you stay there, moving in and out new housemates and lovers and hoping the landlord doesn’t sell.

This is the first apartment where I’ve been the one who puts down roots. I’ve been living in apartments for over 16 years but this is the first time that I was able, with the help of a dear friend, to put down the deposit and be the master tenant. It’s been terrifying to live in what are essentially other people’s apartments, knowing that the master tenant on the lease could decide they wanted to move someone else into my bedroom, giving me and my two cats a limited amount of time to leave. A lack of stability and consistency has affected my bank balance as well as my mental health!

One of the reasons I chose to pay more and have fewer housemates is that I fantasize about one day living with a partner. I have discovered over the years that the most successful couples I know have their own bedrooms, an unheard-of luxury here in the Bay. When I found a two-bedroom apartment that my boyfriend and I could afford, I knew that I wanted to grab ahold of it for the future. While we aren’t ready to live together yet, I want to ensure that we can when the time is right.

There’s a couple of reasons that my partner and I would benefit from having our own rooms. One reason is that we’re non-monogamous, so having a private space to share with a date that doesn’t leave someone on the couch is useful for avoiding resentment. But that’s not actually the main reason I’ve become so insistent on two bedrooms — it’s actually because I tend to date people who like their rooms a bit more disorganized than I do! I didn’t realize how much that affected my emotional well-being until I had a space where socks always ended up in the hamper and the bed was always made. Having our own rooms that we can decorate and keep tidy in the way we prefer allows us to make a conscious choice to spend the night together, while giving us a comfortable den to nest in the rest of the time.

I understood that for me to ensure this sort of stability for myself, I had to get a housemate in the interim who would understand that my end goal was to live with a partner. I didn’t want to put someone else through the uncertainty and anxiety I had dealt with as a subtenant, so I needed to work out some sort of agreement where we would both have some sense of reassurance and security.

I decided that my method of doing this would be to set up a six-month contract that we would review every three months to determine whether we wanted to extend the arrangement or if it was time to part ways. This allows for a three-month window for a subtenant to find another place, which is a reasonable amount of time. It also allows the subtenant to break it off if things aren’t working out for them and gives me three months to find someone new. The person I encouraged to move in was also inclined to nest for a couple years, so that fit well with my intentions. Communicating all of these things in advance really helped me create a stable housing situation that also felt ethical and fair for both of us.

Setting up an apartment in this way may seem like a strange investment for many people, but it’s money well spent as far as I’m concerned. Having the relaxation that comes with an apartment that can be my forever home has been worth every saved penny.

Kitty Stryker is the editor of “Ask: Building Consent Culture”, as well as a writer with bylines at Rolling Stone, Vice, Buzzfeed and more. She is a mashup of a Rococo aristocrat and a Juggalo anthropologist, and lives with her her two cats in Oakland, California.

1. We Did Good, Billfold
2. Question Wednesday
3. What I Learned From Five Years of Writing and Editing for The Billfold
4. How a Program Assistant Dealing With a New Paycheck System Does Money
5. Classic Billfold: What I Wanted From My Move to Portland and What I Got
movingmoving seriesrelationshipsrentingroommates