The Billfold
moving for love 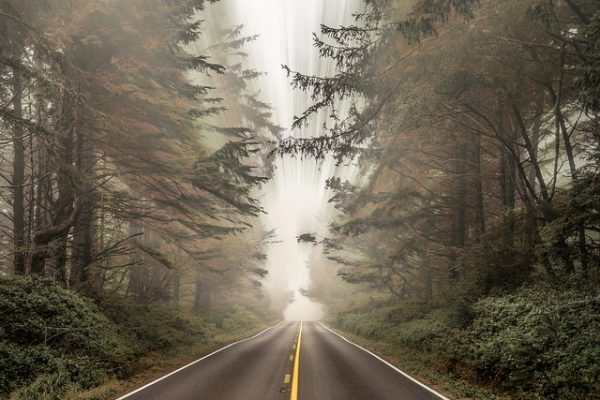 It was time to leave Northern Virginia, even though I had mixed feelings about moving. I’d been there for a year; had made friends, real friends whom I would miss if I left. I had toured the White House, spent the Fourth of July on the National Mall, gone for long runs along the Potomac River.

But God, it was expensive living right outside DC. I had a $40,000/year salary and a roommate, but with $60,000 in student loans and a high cost of living, I found myself working weekends to make ends meet. Honestly, even though I loved being in the Capitol, loved the energy and the parks and museums and the weather, it just never felt quite like home.

Back in Seattle, my parents were thinking about renovating my Grandmother’s house. It had been a rental since she died some 15 years ago, but the renters were moving in the fall, and it was “in need of some work,” as my parents put it. They had an idea: Would I want to move back and live there? I could live in the house rent-free, a glorified house-sitter. In return, my parents could come and go as they needed, renovating slowly and asking for my help on some projects, like painting.

“Hey, Beth. A friend is coming down from Connecticut to visit us this weekend. We’re going to take him to see the Washington Monument and the Smithsonian. You know, the usual DC stuff. Want to come?”

I agreed, and two days later found myself wandering through downtown DC with my friends. And a guy. Maybe The Guy. The Guy who lived six states away from Northern Virginia and 3,000 miles away from Seattle, where I had recently decided to move.

The next day, The Guy and I left our friends and went out alone. We kayaked on the Potomac. We ate ice cream. We laughed.

Oh, God, what should I do now?

I’ve never been one of the people who needs a relationship. I built my life on visions of a career, not a wedding. College, graduate school, a healthcare degree in an in-demand field that would allow me to live in any state I chose. I dated, sure, but when it came to making life choices, I was far more logical than emotional. If it came down to head or heart, I followed my head, without exception. I continued with my Seattle plan.

But I couldn’t quite give The Guy up, and when he invited me to come visit him, I said yes. Then he came to visit me. And suddenly, it was the end of September, and we were A Thing and I was leaving soon for a city 3,000 miles away.

The gritty financial details of this move are blurred, some crossing the line between moving and vacation. I was a year out of graduate school, so there wasn’t much to move. I think I gave away my Ikea bedframe and mattress and packed up my clothes, some pictures and my nightstand (yes, I definitely took my nightstand with me) into my red Honda Civic and headed across the country.

My roommate went with me and we took a few weeks to drive the southern route. A week or so into the trip, both The Guy and my roommate’s fiancé flew in for a weekend. We stayed with friends, in hostels, and in cheap hotels. We bought cereal from the grocery store and split meals when we ate out. The entire trip might have equaled the cost of one month’s rent, but I think it was actually less than that.

By November 1, I was starting my new job, one I had lined up while I was still in Virginia. I moved into a house I loved, in a neighborhood I loved. Financially, it was perfect. Not only would I be able to pay off my loans, but I could also pay them off comparatively quickly. I was near family again. I caught up with old friends, people I hadn’t seen enough of during my years on the East Coast.

By Thanksgiving, when The Guy came to visit, we were both sure something had to change. But what should we do? Both our families lived in the Seattle area. Jobs in Seattle in his field were plentiful; I could get a license and work anywhere. We could live in the renovation project house. Seattle made the most financial sense.

A month later, I moved to Connecticut. It was the the least responsible — and the best — decision I’ve ever made.

After a lifetime of carefully weighted, rational decision-making, I made the decision that made no financial sense at all. The Guy loved his job. I loved The Guy. We both loved the idea of starting our life together on our own. In two weeks, I quit my new job, sold my car, packed a few boxes, put them on a cross-country bus headed east and bought a one-way plane ticket. I moved into an early-1970s apartment, complete with a shag-carpeted loft and a spiral staircase.

The next round of job interviews was interesting, to say the least. I found a job after interviewing with someone who clearly loved a good romance, and somehow convinced him I would stick around longer than four weeks. (I did. I kept that job for four years, until the day we left the state.)

Financially, I was lucky to be able to make the choices I did. Working in a field where demand is much greater than supply is its own kind of safety net, and allowed me to make a decision that might not be possible in other fields. The cost of living in our area of Connecticut was much lower than DC, although I didn’t realize that until I’d settled in. The moves were cheap, because I had very little to move. I missed out on about a month of income while I found a new job, but I was sharing expenses with The Guy. Within six months of moving, I had to go back to working some weekends so I could put more money towards my student loans. I paid them off, but it took longer than it would have had I stayed in Seattle.

The only part I regret is leaving my parents in a tight spot. Good thing they really love their son-in-law.

Four years, one house, one kid (and expecting another), two dogs, and so many trips west to visit family, we sold our Connecticut house, packed a moving van and came back to the Seattle area, together. I still look back on our years in Connecticut as one of the best times in our lives, a time we got to decide what our married life looked like, what our family looked like, and who we wanted to be, both singularly and together. I’m still pragmatic in my decision-making, but I’ve also learned to listen to my heart.

Beth Swanson is a freelance writer from North Bend, WA. She writes about living an active life with a hidden disability. She is not quiet. Follow her blog, My Crazy Messy Amazing Life, or visit her on Twitter @crazymessyamaze.

1. We Did Good, Billfold
2. Question Wednesday
3. What I Learned From Five Years of Writing and Editing for The Billfold
4. How a Program Assistant Dealing With a New Paycheck System Does Money
5. Classic Billfold: What I Wanted From My Move to Portland and What I Got
datinglistening to your heartmovingmoving seriesrelationships