Why My Fiancé and I Set Gift Allowances for the Holidays 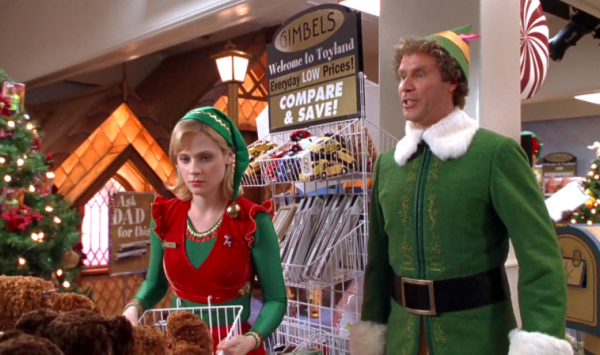 It’s not that I hate Christmas. It’s just that I’m one of the many people for whom the holiday season brings a surge of depression and anxiety rather than a rush of joy. I could go on forever about how much I hate the movies, the music, the cold, or even how much I despise the peppermint flavor that invades all of my desserts. But all of those things are secondary complaints I’ve leaned on to avoid talking about my primary issue with Christmas: money, and how there’s always been a lack of it.

For me, the holidays are a time of stress, debt, and panic as I struggle to pay for gifts, social engagements, travel expenses, and decorations on an income that doesn’t allow for many extra expenses.

The negative emotions Christmas brings are deep-rooted and go back to childhood. I watched my parents suffer the same panic and anxiety as they struggled to provide me with everything I wanted. It didn’t take long for me to start telling them I didn’t want anything at all—but they’re parents, and they refused to accept that.

I wish I could move past these anxieties, but they’ve persisted, as has the financial situation that causes them. I know what you’re thinking already: Stephanie, you literally just wrote about how much better you’re doing at saving money. You could use some of those savings on Christmas. To that, I say “no.” This year, unlike years in the past, I do have an extra savings cushion that I could use for Christmas gifts—but I don’t want to. That money is going towards moving expenses and building a more substantial savings account, and I’ve relied too heavily on my savings account to pay for extra expenses in the past. I’m trying my best to make it work with my cash on hand.

My fiancé, on the other hand, loves Christmas. Like, really loves it. The movies, music, shopping, decorations, and, somehow, even the flavor of peppermint. As you can imagine, the first time I broached the “I don’t like Christmas” conversation was an unpleasant moment, to say the least. If I’m not mistaken, I may have even mentioned that if it were up to me, I simply wouldn’t celebrate it at all.

This year will be our seventh Christmas together, and we’ve gone through some growing pains over the years. At first we both tried to ignore our differences. I feigned happiness as we watched Elf for the hundredth time and racked up credit card debt at the mall, and he pretended that it wasn’t killing him to know that I was miserable doing those things.

After a couple years of awkward avoidance, we started to understand each other’s feelings about the holidays and started working towards behavioral changes. Like all relationship problems, this one required some communication. We didn’t want to change each other, but we needed to figure out a way he could celebrate happily without sending me into a depressive spiral. One way we decided to accomplish this was with gift allowances.

We decided to limit the amount we would spend on each other, giving me one less point of anxiety. After all, it’s not the actual gift choosing that gives me anxiety—I happen to consider myself a Grade A gift-giver. The part I struggle with is having to choose between going way outside my budget to buy the perfect gifts or having to settle for less expensive, compromised versions.

The gift allowance has been as low as $30 and as high as $300, depending on our financial situation that year. Last year we were more comfortable, with no known upcoming expenses, so we made it a $300 year. This year we are bringing it back down to $50, as we pour money into deposits and moving expenses for our planned move in mid-January.

Some of my proudest work was in 2013 when I created an elaborate but affordable Stephen King-themed stocking that included a copy of Doctor Sleep, an Overlook Hotel shirt from 6dollarshirts.com, and Stand By Me on Blu-ray, which I found during a Black Friday sale. Another year, when I was especially broke, I went the thrift store route—managing to find an extremely old copy of A Tale of Two Cities, the Back to the Future soundtrack, and paper Disney World tickets from the 1970s!

His gifts for me have always been just as thoughtful. In past years he’s given me tickets to see one of my favorite bands, an assortment of new Christmas ornaments, and one of the most beautiful dresses I’ve ever seen.

To make up for the lack of fancy gifts, we have to pay attention. We have to listen when we mention things we need or want, and constantly be on the lookout for the perfect item. I’m equally excited to see what he came up with as I am to show him what I found.

The thing is, no matter what the allowance has been, neither of us has ever been disappointed by our gifts. If anything, it’s forced us to get more creative and come up with better gifts than if we’d been shopping without thinking about the cost. That forced creativity has made our Christmas Eve gift exchanges my favorite Christmas tradition. It even makes me look forward to Christmas, which is not something I ever thought I’d say.

1. We Did Good, Billfold
2. Question Wednesday
3. What I Learned From Five Years of Writing and Editing for The Billfold
4. How a Program Assistant Dealing With a New Paycheck System Does Money
5. Classic Billfold: What I Wanted From My Move to Portland and What I Got
budgetinggiftsholidaysholidays and money