The Year I Saved $5K 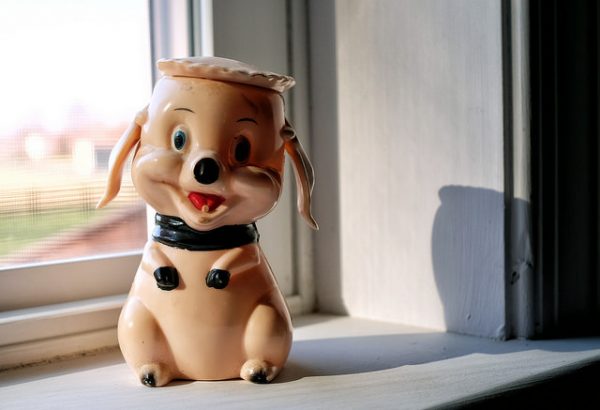 Right now, for the first time in my life, I have over $5,000 in my savings account. This isn’t money that’s pre-designated for new car tires or an upcoming medical procedure or a vacation. It’s just there. This is the most I’ve ever had available, and I can’t help fearing the rug being pulled out from under me. For now, I’ll share how I got here, which is technically a two-year story.

I started 2016 with $67 in my checking account, $753 in my savings account, and a credit card balance of $450. The end of 2015 was a tumultuous time with the death of my grandfather, an expensive move from Florida to South Carolina, the holiday season, and a two-month period of unemployment. I had saved just enough to cover the move and a couple months of rent, but by the time I found a job in February, that $753 was gone. When I got my tax refund that year, I poured it straight into a down payment for a new car, an alternative to the thousands of dollars needed to keep my 17-year-old Honda Civic on the road.

The first several paychecks from that job were spent playing catch-up. It took a few months to sort out a new budget, given my new income and new set of expenses. When I emerged from spreadsheet hell, I ended up with a budget that would have me saving $400 a month. Some months produced more or less than that goal, as unexpected expenses came up. But even with an expensive vacation to the West Coast, I ended 2016 with $1,777 in my savings and a $0 credit card balance. It wasn’t the progress I wanted to make, but at least I was set up for a better 2017.

For the most part, I did really well. It took a while to find recipes that were easy and quick, but I managed to cook more whole foods than processed ones. These meals cost less, could often last several days, and cut back on my restaurant spending. Using my credit card for the cash back garnered about $200 in 2017. As for the vacation… well, I compromised. Instead of a weeklong trip, I did a four-day weekend in Wilmington, North Carolina, just a few hours away.

I increased my monthly savings to at least $500, though I was often able to save more as I increased my freelance writing. I even booked my first client offering $200 per article. This was a huge move from the $25/article payments I’d been earning when I started freelancing.

If you’re doing the math you’ll realize that on the $500/month savings alone I should have been able to save $6,000 this year. Since there were additional freelance payments, a tax refund, and miscellaneous birthday and pet-sitting money, I should be well on my way to $10K—if not already past it. But life got in the way, in the form of:

Despite all of that, I’m proud of the progress I’ve made, especially given the past two dismal years. But these savings are also all I have. There’s no retirement fund, investments, or anything else to bail me out. This is my entire rainy day fund, so I just have to hope that the next storm isn’t too powerful. There’s no way I’ll have the suggested 1x my income in that account two years from now when I’m 30, but I’ve got my eye on that $10K goal. Even $20K doesn’t seem so far out of reach anymore.

1. We Did Good, Billfold
2. Question Wednesday
3. What I Learned From Five Years of Writing and Editing for The Billfold
4. How a Program Assistant Dealing With a New Paycheck System Does Money
5. Classic Billfold: What I Wanted From My Move to Portland and What I Got
goalssaving