Why My Plan to Move to Los Angeles Failed 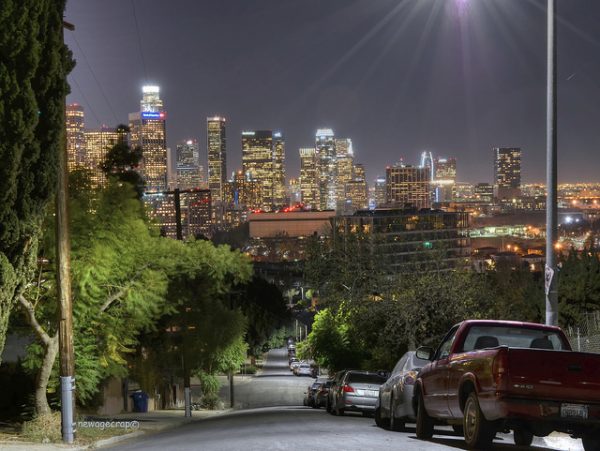 I wrote earlier this year about planning a move from South Carolina to California with my fiancé—a plan which has, as some of my best ones do, fallen apart in the months since. I’d set August 31 as the deadline for us to have job leads and housing sorted out, but that date came and went without any plans firmly in place. Now I’m back at square one, doing some soul searching to figure out what to do next.

So let’s talk first about what went wrong. The short answer is everything. The long answer is, well, long.

Ever faithful to the art of to-do lists, I gave both myself and my fiancé a set of tasks we were supposed to complete. I was going to be securing either more freelance work or full-time employment in LA, and I was going to find viable housing options that a friend who lived in LA would go scope out for us. I was also pushing us to each have $10,000 saved for moving expenses, various deposits, and six months of living expenses in case well-paying work was slow to come.

On his end, he was going to be building on his network of filmmaking friends, updating his portfolio and demo reel, and also securing jobs. There were a number of other to-dos, like selling belongings on Ebay and to consignment shops, selling our extra car, etc., but these were the big ones.

As it turns out, I had overestimated how willing employers would be to hire a candidate who lived across the country. Even when I explained that I would be relocating, they understandably chose to pursue local candidates. I also severely overestimated how much freelance work I’d be able to acquire while still working my day job. I’ve done more work for more clients this year than ever before, but it’s still not nearly enough to cover my rent, let alone any other bills.

The other critical component was finding housing within our budget—which is also something I was unable to do. Our rent in South Carolina is $740, which is pretty average. We could easily find something cheaper if we wanted to, but we like our apartment and location. Looking at LA prices was jarring. Nothing was under $1,000 and most rents were closer to $1,5000 for even less space than we have now. I found some places that might have worked, but it all made me so anxious. I became so disheartened by my inability to find employment that I didn’t give apartment hunting the effort in that I should have. It felt pointless to be search for housing within a budget that didn’t exist. Even though we were planning for a lull in employment, during which our savings would cover the bills, there were too many unknowns. My anxious brain couldn’t commit to this. All of this was compounded by the fact that I did not come anywhere close to the savings goal I had set; I was only able to save $5K in 2017.

Over the summer my fiancé and I had a lot of conversations about what we wanted, both from LA and from our life. We kept coming back to the questions I asked in my first Los Angeles piece: is it better to live and struggle somewhere you love, or live and prosper somewhere you hate? What do we want from a city, and is LA the only way to get that? How important is financial security to happiness?

He wants to be a filmmaker, so we always thought of LA as a practical choice. But when our Los Angeles friends in the film industry told us of their debt and the amount of travel outside of California they have to do for work (travel that often brings them back to the south), it seemed like the only reason to be in LA was to actually be in LA. It’s a city I fell in love with, and I’ve always had West Coast dreams, but were we about to throw it all away on the biggest gamble of our lives? What good is being in such a cool city if you have to work 60+ hour weeks just to survive? It became harder to defend LA as a practical move since it was clearly an emotional one.

What we decided we wanted—and what made the most sense for now—was to focus on our financial security. Living somewhere cheap allowed us more freedom to pursue our dreams, as opposed to living in an expensive city that would force us to work nonstop. However, we also decided that we needed a change of scenery for our own personal growth. Small South Carolina towns have a certain charm, but they also have a certain complacency that settles over you. We needed a new routine.

So now we’re looking at Charlotte. It’s only 30 minutes away from our small SC town, but it may as well be a different country. It would force us into that new routine without having to completely abandon our family and friends. The prices are a little higher than what we pay now—rent averages around $900/month—but they’re nothing like the prices in LA and nothing we couldn’t manage.

While we do spend some of our time in Charlotte now, we spend most of our time within a 10-mile radius of our house. Sometimes we see something we want to do in Charlotte and then talk ourselves out of it because it’s “too far away.”  Living in Charlotte would open us up to all of the restaurants, parks, and events we tell ourselves we don’t have the time to attend. It would also put my fiancé within access of multiple film studios and industry contacts.

It may be a small change, but maybe that’s all we need.

1. We Did Good, Billfold
2. Question Wednesday
3. What I Learned From Five Years of Writing and Editing for The Billfold
4. How a Program Assistant Dealing With a New Paycheck System Does Money
5. Classic Billfold: What I Wanted From My Move to Portland and What I Got
life-lessonsmoving