When Your Gig Economy “Employer” Gets Sued 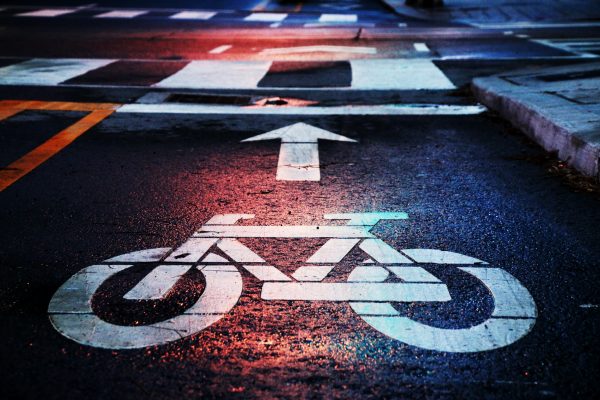 Photo by Andrew Gook on Unsplash.

For the second time as a gig economy worker, I have been notified that I am now a member of a class action lawsuit. This time, it’s an $8.75 million suit against Postmates.

The first time I got involved, it was for a $1 million class action lawsuit against Sprig, a now-defunct salad delivery service which relied on both drivers and cyclists. I worked as a cyclist. Sprig was sued for hiring contractors while treating them as employees—and then, after re-classifying them as employees, treating them like contractors before firing more than half of them. It was strange times.

During the reclassification Sprig seemed to be bowing to outside pressures; after we were reclassified as employees, all of our pay took a cut. This wasn’t so surprising, since now Sprig was withholding taxes—but we also lost money in other ways. As contractors, cyclists could sign up for as many shifts as we wanted. As employees, we were assigned weekly shifts and our hours slowly got cut as Sprig began giving preference to drivers over cyclists. We were also still required to provide our own equipment and pay for its maintenance. Two months after all us cyclists got to be employees for fewer shifts at $2 less an hour— hurrah—we were all laid off at once. Without severance packages. We hadn’t been employees long enough to qualify.

The upshot of all this is Sprig got sued, then they settled, and I got money. Around $490 worth, as I recall.

Silicon Valley startups can’t seem to help themselves. Uber was sued for a $100 million settlement, an amount that a judge later rejected as not being large enough. Uber also reached a separate settlement for $7.5 million regarding background checks for drivers, and a $20 million settlement over unsolicited text messages. Lyft has settled a $27 million settlement with California drivers. GrubHub is also staring down a lawsuit. So it shouldn’t be surprising that there’s now a class action lawsuit against Postmates.

I started working for Postmates in August 2014, fulfilling a long-held desire to become a bike messenger. After two years working office jobs with sweeping views of parking lots and brick walls, I was ready for something more athletic. Sure, I’d been working in San Francisco for years, but didn’t feel like I had any sense of it beyond cubicles, water coolers, vending machines, and fluorescent lights. I may as well have been in Akron. Not to mention I was pushing thirty, and reaching what felt like the best-used-by-date to get to work as a bike messenger. (Though I’ve since met professionals well beyond 30 in both San Francisco and New York.) Postmates was an easy entry.

I stuck with the gig for a year and a half, performing 1,701 deliveries and earning a total of $21,867.92 in payouts. I’m not sure how many miles I rode in total, but after downloading an odometer I learned I averaged 30 miles a day, criss-crossing San Francisco from Aquatic Park to San Bruno Mountain and from the Bay Bridge to the Golden Gate. It’s safe to guess I’d traveled much further than the length of the entire United States while remaining in a radius of about 3.5  miles.

Those who work for Postmates, Uber, Lyft, et al are not employees but independent contractors, which means they have a good deal more autonomy when it comes to determining their work schedules. In my case, I made use of that freedom to drop my Postmates work for a month and bike around France in 2015. (Good luck asking for that amount of vacation time at an accounting firm.)

But independence comes with a cost. No paid sick days, no health insurance, no Social Security. Contractors provide their own gear and are not compensated for wear to their bicycle or other vehicle. Income isn’t taxed, which seems nice, except that means that every independent contractor counts as their own business, and may have to pay business-level taxes, something I found out the hard way.

Contractors can also be “removed from the platform”—Silicon-speak for fired—for trivial offenses, with limited options for appeal. I was briefly removed shortly after my 1,000th delivery for a reason that was never fully explained, though I was begrudgingly let back on after showing up in person and more-or-less begging for my job back.

But though I enjoyed the freedom, I disliked that Postmates asked contractors to compete against each other for available work. There were open auctions in which contractors essentially bid on each available job. I don’t know if that’s still the case, but I didn’t like that when I worked for them. Not because I wasn’t always fast enough, but because I didn’t like being put in competition with my colleagues. We’re all in this together. It’s not about who is faster on the draw. The Man is sticking it to all of us equally, so let’s not stick it to each other.

All of these strategies are how the on-demand startups of the gig economy manage to keep costs low, passing the majority of operational expenses on to the contractors. I can’t even count the number of spent tubes, broken chains, frayed cables, and tune-ups I’ve had to pay for, thanks to the thousands of miles of cycling I’ve done for work.

Knowing all of this made it easy for me to decide to opt in to the Postmates lawsuit. While there may be some headache to getting tangled up in legal proceedings, the cost is minimal on my end, compared to the benefit. After opting in, I’m guaranteed at least $50, plus an additional 12 cents per mile performed while working for the delivery service. This means I may get somewhere in the neighborhood of $450 in class action settlement money, assuming the case goes forward. That’ll be nearly enough to offset the cost of having to register as a business for my other gig economy bike messenger job.

1. We Did Good, Billfold
2. Question Wednesday
3. What I Learned From Five Years of Writing and Editing for The Billfold
4. How a Program Assistant Dealing With a New Paycheck System Does Money
5. Classic Billfold: What I Wanted From My Move to Portland and What I Got
bike messengerclass-action-lawsuitsgig-economylawsuitslyftpostmatessharing-economyuber