The Billfold
Pajamas Netflix and Dogs

The Cost of Making My Own Holiday Traditions 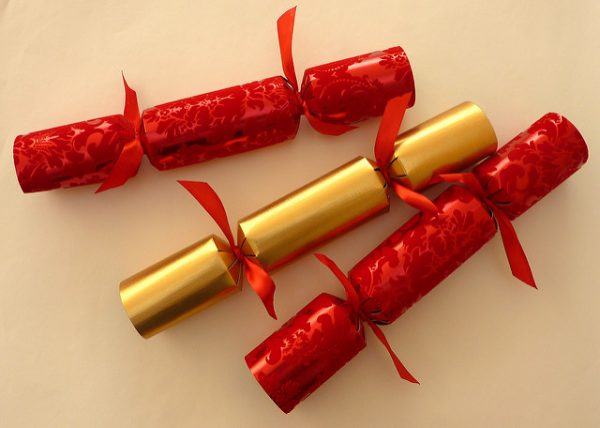 For the first 26 years of my life, our Christmas plans were the same—Christmas Day with Dad’s family, and Boxing Day with Mum’s. After my father died, my mother and I were still included in whatever family gatherings were happening. Everyone lives in Brisbane, so it was easy to coordinate. Initially the hosting duties were rotated around the families, but as soon as someone got air conditioning and a swimming pool, they became the designated house for summer Christmas in Australia.

Two years ago, my boyfriend’s family invited us for Christmas Day, so Mum and I made our apologies to Dad’s family and tried something different. The next year, Mum and I decided to go away for Christmas. We continued doing Boxing Day with Mum’s family.

Things got a bit complicated with Mum’s family after we both decided to stop attending their church. Initially, I was surprised that we continued to be included in Boxing Day, because that’s not how people at the church usually dealt with people who’ve left, irrespective of whether they are relatives. I tried to be respectful of the beliefs of our host, so I bit my tongue as my cousin raged about a transgender child in his daughter’s preschool class, or when my cousin’s husband ribbed me for not being able to afford a house before telling us about the house flipping business he’d started that year. (To be honest, it can be hard to tell if you’re actually biting your tongue effectively, so there is every possibility I was spraying them all with my feminism and progressive beliefs.)

Our differences came to a head this year when I hosted lunch for part of Mum’s family at my new (rental) property. Some off-hand comments I made were taken very personally by a male relative. This situation snowballed as various historical offenses were re-visited and it was decided that if I hate-all-men so much, it would be better if I didn’t have to spend time with them on Boxing Day. Although we were both a bit confused by the conclusions other people had reached, my mother backed me and we’ve both found ourselves with open diaries for the whole Christmas period. As the single child of a single parent, spending Christmas apart was never really an option anyway.

I’ve decided to embrace this as an opportunity to start my own traditions.

Mum only lives 30 minutes away, but my housemate is going out of town, so Mum and her dog will come and stay at my house for five days of staycation. The only explicit cost this has produced so far was organizing a pet sitter for her cat. That came in at $60, paid by Mum. I’ll probably stock up on pet food so Mum doesn’t have to worry about carting kilos of raw meat to my house for her enormous Doberman.

I’m planning a sit down Christmas dinner for us, my best friend and her partner, and whoever else doesn’t have family plans and wants to drop in. So far I’ve ordered a $100 half leg ham from a pig I am assured lived a good life, and about $100 worth of fresh seafood. I’ll be budgeting another $150 for human groceries, $50 for pet groceries, and around $100 for alcohol.

While my catering budget has gone up, my gift budget has gone down. Not attending family gatherings means there are seven children I don’t have to buy for. In previous years this came out at about $50/child. Both families have had a “no gifts for adults” rule for several years, so I wasn’t buying for relatives older than 18 anyway. I have spent the following on gifts: Mum ($200), 5 x friends ($185), oldest family friend ($135), my boss ($65), and 3 x dogs ($90).

For the first time in a decade, I have the urge to decorate for Christmas. In an attempt to curb my own tendencies, I allowed myself a simple “tree” ($29), a box of Christmas crackers ($12) and one roll of tinsel ($4). I’m happy with how the dining space is looking and will use existing linen and crockery to decorate the table for Christmas dinner.

We don’t have a lot of traditions, so I’ve been pondering the sorts I want to start, and have implemented two this year: one family, and one personal.

The first is Christmas pajamas for Mum and me. Not Christmas-themed pajamas, just a new set of loungewear that we receive and wear at Christmas. I am very fond of loungewear, especially when there is a lot of food to eat and few other responsibilities. Two sets cost me $23 (summer pajamas don’t require huge amounts of fabric).

The personal tradition, which may be celebrated every second year rather than annually, is a new tattoo. Two years ago I had a new tattoo done on Christmas Eve and loved that it felt like a gift. My tattoo artist has quoted $280 for the next design on my tattoo list, so I’ll book in for that before the end of December.

In terms of cost, my catering expenses have increased because I’m putting on an entire meal rather than contributing single elements to a larger gathering in the past. My gift budget is way down though, because there are a bunch of people we won’t see this year. This year’s total looks to come in at around $1,600 AUD ($1,211 USD), which is a larger figure than I was expecting, but one I can make peace with. My mother will contribute to this, so I won’t foot the entire bill myself.

I’m really looking forward to our small Christmas this year. I’ll spend the day with my nearest and dearest and it won’t be stressful. We’ll meander around the house at our own pace and watch as much Netflix as we want to.

Chloë Moss recently completed her BA and works in the not-for-profit sector in Brisbane, Australia. She can be found in all the usual places @chloejmoss.

1. We Did Good, Billfold
2. Question Wednesday
3. What I Learned From Five Years of Writing and Editing for The Billfold
4. How a Program Assistant Dealing With a New Paycheck System Does Money
5. Classic Billfold: What I Wanted From My Move to Portland and What I Got
familyholidaysholidays and moneyparents