How a Third-Party Amazon Seller Does Money 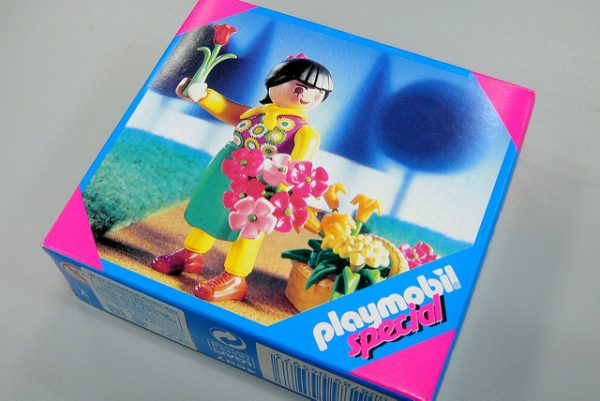 Sara (not her real name) is a third-party Amazon seller.

So, Sara, tell us a bit about what you do as a third-party seller.

I source products locally and online that are selling for lower (usually much lower) than they are online. I buy them, prep them for sale, and send them into Amazon warehouses all over the country for them to be sold and Fulfilled By Amazon (FBA).

How much are you making, on average?

That’s a good question. I’m currently paying myself $2,200 a month but that’s because I re-invest a lot of my profits back into my business. I just finished up the numbers for November, which is typically one of my best months of the year:

That is some serious money!

Yeah, Amazon will make six figures from me this year.

I have so many questions, but I’ll start with this one: your business is large enough to have staff?

I’m in that icky transition phase where I really need staff. But I really needed them like three months ago, so I’m onboarding someone now and she has incredible potential. I’m really excited about 2018.

That does sound exciting.

I have a lot of specific software that helps me do this and a lot of it can be on my phone. I will look for inventory everywhere from gas stations to hair salons and larger brick-and-mortar stores. I scan their barcode to see what it’s selling for online. I shoot for a 100 percent return on investment (ROI) but will go as low as 40 percent if the item sells fast enough. At 100 percent ROI I’m basically selling it for three times what I bought it for.

I also spend a lot online where I can stack discounts to make a much better ROI than the typical buyer. Also, I’m growing a wholesale account list where I target vendors who sell to people that are commercially under-represented.

Then I buy it. Lug it home, bag it and tag it and ship it away, and start repricing it. Because prices change constantly on Amazon.

Do you get to control your prices? Does Amazon ever try to adjust them for you?

I control my prices. Sometimes I’ll find something really rare like a discontinued Playmobil set from 2005. I’ll price it really high and Amazon will alert me to it because they think its a pricing error. But they don’t touch my prices.

Does sending your items to the Amazon warehouse so they can be Fulfilled by Amazon correlate with an increase in trust and/or sales?

Yes. I just read an article that said in Q3 of 2017, 50 percent of sales on Amazon were sold by third-party sellers.

That makes sense. Do you ever meet up with other third-party sellers? Compare notes? Are there conventions and things?

I do. I’m in a lot of Facebook groups. I paid to join one Facebook group just for Q4 to get outside my head a little bit and see what other people are up too. I’m in a new Ladies of FBA group, and there is a convention in Las Vegas I want to attend so I’m trying to rent an Airbnb sorority house for the weekend. I’ve only met a couple third-party sellers in the wild and sometimes they are friendly. Sometimes they aren’t.

I suppose there’s an element of competition as well? Or are there enough items to be sold that there’s room for all of you?

On a basic level yes they are my competitors. At this point, though, the world is so big and there are so many items out there and we each have our own specialties that if you sent ten of us into the same Walmart we’d come out with many different things.

So how much time does all of this work take?

At this level I’m spending 30 hours a week on it. I just became a mom recently and my work time is very interrupted so I’d be happy to spend 60 hours a week on it and easily could, but I have other obligations now. My new employee will really help my productivity.

What tasks will that employee be picking up?

She currently preps and ships my inventory for me for $12 an hour and she really impressed me with her work ethic so I’m going to teach her how to source inventory and pay her a commission of 10 percent of what she spends. She also wants to take on selling off some of the returns I get (like shoes that were worn for a couple weeks and then returned) in markets that handle used items.

There is a risk that I will train her up and she will set off on her own.

That is often what happens with assistants.

I don’t think that will happen with her. She is pretty pleased with the money she makes for the effort that she has to put in. Also, what I do isn’t for everyone.

With that in mind, first I want to congratulate you for growing a successful business AND becoming a parent—neither of which are easy tasks!—and second, I’ll ask my final question: What financial advice do you have for Billfold readers? Especially those who might be interested in getting into third-party selling?

My advice would be to start slow with a couple thousand dollars and build up your cash flow from there. Most people don’t last longer than a year in this business because they have poor personal financial habits which are compounded by getting their hands on business credit cards and other loans. They will jump in and make a bunch of bad buys because they don’t give themselves time to learn and then they are burned by owing so much money. So start slow, learn, re-invest, and repeat.

1. We Did Good, Billfold
2. Question Wednesday
3. What I Learned From Five Years of Writing and Editing for The Billfold
4. How a Program Assistant Dealing With a New Paycheck System Does Money
5. Classic Billfold: What I Wanted From My Move to Portland and What I Got
amazoncareerssmall businessesthird-party sellers