The Cost of Living at Home 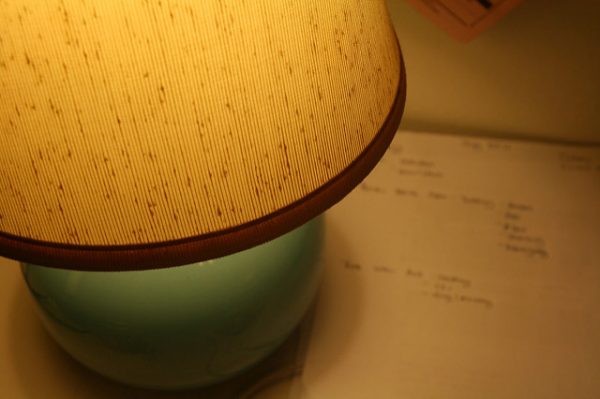 Some of my reasons to stay at home are cultural. Both of my parents were raised in cultures that expect family members to stay near each other until they have to move far away for school or work, or if they become engaged or married. But the main reason why I continue to live at home is due to my personal finances.

I finished graduate school in December of 2016 and have been applying to jobs, fellowships, and freelance gigs ever since. Finding work sometimes feels like a full-time job that doesn’t pay until you actually find the job—and earlier this year, an uninsured trip to the emergency room took a very large dent out of the money I had been saving up. That, alongside the amazingly high cost of living in New York City and the recent gentrification in my neighborhood, has made it difficult to find a place of my own that would fit my budget.

Some of the smaller, more “affordable” one-bedroom studios near me cost around $700 a month. Since it’s been 10 months since graduation, I’ve saved over $7,000 worth of rent by living with my parents. By splitting food costs with my family, what could be an over $250 monthly grocery bill can be reduced to $150 or less depending on where I buy food and if I’m able to buy in bulk. Since I don’t have to pay all of the utilities on my own, I am able to continue to afford an occasional activity, event, or meal out with friends. Whenever I try to plan a get-together or eat something that doesn’t come from a $5 food cart, I try to get several Groupon deals or search for events on Living Social. They’re one of the few ways I get to enjoy something without having to worry about how much it’s going to cost me.

If something I own breaks, I can borrow something similar from one of my parents or another nearby relative instead of having to pay for a new item or do without. Being able to borrow stuff from my family gives me time to shop around at different stores in my area and look online to find what I need at the most affordable price. I can also adjust my chore responsibilities depending on my workload. Whenever I get several pitches accepted in a week and have to type for hours on end, my family is happy to take over some of my duties so I can focus on my work.

However, living with parents—especially ones who may be a bit more strict or traditional—isn’t without its setbacks. I’m not exactly prohibited from going anywhere specific, but if I’m out late I have to keep an eye out for texts asking where I am and when I’m going to come back home. There’s a daycare on the first floor of my house that my mother runs, and though I don’t have to help out at the daycare the way I did when I was younger, there are still a lot of children who make noise. In order to get any work done, I’m stuck working on a small desk in my room and often feel lethargic and trapped when I have to stay inside all day long sending out applications and pitches while completing drafts.

My parents take over more of the chore burden when my writing picks up, but that also means that I’m occasionally tasked with doing extra work around the house that I wouldn’t always have to do if I lived on my own. Sometimes I’ll be emailing sources and one of my parents will come into my room and ask me to run to the supermarket for them. Other times, I’ll be preparing lunch for myself in the kitchen and I’ll be asked to make lunch for everyone else as well. Most days I don’t mind making extra food so that everyone can have some too, but if I lived alone, meal prep and cleanup would be a lot easier.

Lately I’ve been trying to take on more work in hopes of saving up at least three months’ worth of rent and a down payment/security deposit. With family members who aren’t big on the idea of someone moving into their own apartment if they’re still going to be living in the same city, it’s been difficult trying to have that “I want to move out one day” conversation. Until then I’m determined to use the time I have left at home to build my career and save my money.

1. We Did Good, Billfold
2. Question Wednesday
3. What I Learned From Five Years of Writing and Editing for The Billfold
4. How a Program Assistant Dealing With a New Paycheck System Does Money
5. Classic Billfold: What I Wanted From My Move to Portland and What I Got
familyliving at homeparentsparents monththe-cost-of-things