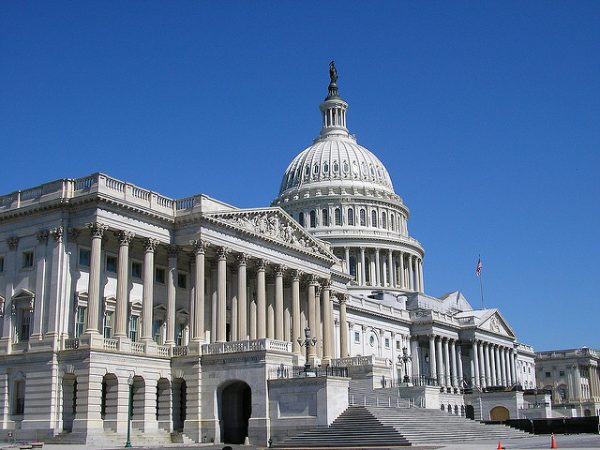 We touched briefly on the Harvey Weinstein sexual harassment allegations in last Friday’s chat; since then, Weinstein has been fired from The Weinstein Company, and his adviser and three board members have all resigned.

Also, some Democrats are giving back Weinstein’s campaign donations.

As the AP reports:

Congressional Democrats, Senate Minority Leader Chuck Schumer and potential 2020 presidential contender Sen. Elizabeth Warren among them, are starting to give charities thousands of dollars in donations they had received from disgraced Hollywood titan Harvey Weinstein.

Part of me is like you don’t need to punish yourself for his behavior!* Keep the money! Elections are all about money these days!

But I also get why they’re doing it. They’re standing up for what they believe in, and what they will refuse to accept.

The Hill quotes Senator Chris Murphy (D-Conn) on the complexity (and/or simplicity) of choosing to return just Weinstein’s donations:

Murphy noted Democrats take tens of thousands of contributions. There are probably “lots of people with unsavory backgrounds,” who have donated to both Democrats and Republicans, he said.

“But this was a high-profile individual who did some truly awful things,” he said. “And people that took money from him should probably give it back.”

Do you agree with Senator Murphy? Should the Democrats be giving this money back? If someone goes through their donor rolls and finds other individuals who have sexually harassed people, should that money be given back as well? What about racism, or corporate fraud? Does it only matter if the donor is high-profile?

I realize that I am asking a lot of complicated questions about what is clearly intended to be a visible gesture of support towards people who have experienced sexual harassment, but it’s hard not to see this gesture and ask these questions.

Because, as Murphy reminds us, Harvey Weinstein isn’t the only rich, unethical donor out there. (Democrat or Republican.)

*I know the “you don’t need to punish yourself for his behavior” thing takes on a different meaning if the people returning the money were aware of Weinstein’s behavior before last week’s news, but in that case the question becomes “then why didn’t you return the money right away,” which brings us back to “should you return money from anyone who behaves in ways you don’t agree with,” and… yeah, it’s complicated.

1. We Did Good, Billfold
2. Question Wednesday
3. What I Learned From Five Years of Writing and Editing for The Billfold
4. How a Program Assistant Dealing With a New Paycheck System Does Money
5. Classic Billfold: What I Wanted From My Move to Portland and What I Got
campaign-donationscharitable donationspolitics