A Friday Chat About Birth Control 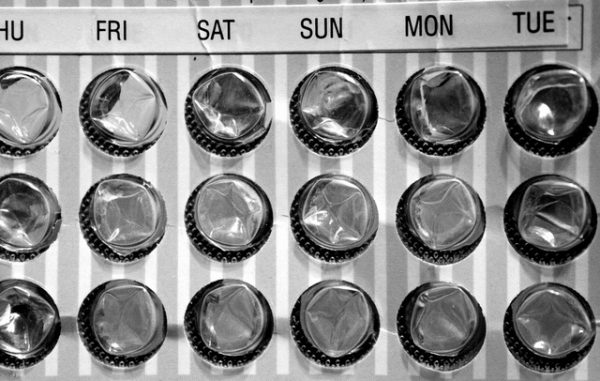 THEOTHERGINGER: Yes! It’s Friday!!!! And not only has the House passed a new abortion restriction, they want to stop forcing employers to pay for birth control.

NICOLE: What’s the difference between a regulation and a law?

THEOTHERGINGER: I think a regulation explains part of a law. Or amends it in some way. I don’t understand why birth control is controversial, though I also know why it’s controversial: if you don’t think women should have sex when they want to.

NICOLE: And yet men should be able to make advances whenever they want to! (Sorry, had to bring up Harvey Weinstein since everyone is talking about him too.)

THEOTHERGINGER: What are your thoughts?

NICOLE: Birth control has been proven to be so beneficial to people’s health for a number of reasons, not limited to contraception.

NICOLE: And technically people will still have access, they’ll just have to pay out of pocket. Which is a huge money suck. I remember doing that! TEN YEARS AGO!

THEOTHERGINGER: I guess also because it’s good on a population level it would be unpopular among many in the GOP. But why go back to the past! Seriously. My insurance has no birth control provisions and I’m salty about it. I’m fine but also a lot of people with the same employer as me make less money. Especially if they are women.

NICOLE: Do you work for State Street Corp?

THEOTHERGINGER: Ha. No. I work for a state employer. Also I had no idea! I knew the Fearless Girl seemed weird for some reason.

NICOLE: I guess this means we’ll have more conversations about whether all partners in a relationship should share the responsibility of paying for birth control, which is not necessarily a bad thing. But let’s assume that not everyone in the world is going to become an enlightened cost-sharing birth control supporter, so… there’ll be a lot of bad outcomes too. Maybe.

THEOTHERGINGER: It’s a common tactic in intimate partner violence for heterosexual couples where men are the abuser. So yeah.

THEOTHERGINGER: I basically can’t even with this year. I know that’s a huge privilege to even say but it’s too heavy.

NICOLE: The part of me that is relentlessly optimistic keeps thinking “This isn’t just about women’s rights and reproductive rights, it’s also an example of pushing the costs back on the individual! Like paying to check a bag! Or get your teeth cleaned! Or ultrasounds! Wait, we’re back to reproductive rights again.”

I guess I worded that weirdly. Like… maybe it’s not a direct threat, it’s just capitalism gotta capitalize. But I don’t really believe that.

THEOTHERGINGER: Right? On that note, I need to go.

NICOLE: As do I. We’ll turn it over to the commenters, then!

1. We Did Good, Billfold
2. Question Wednesday
3. What I Learned From Five Years of Writing and Editing for The Billfold
4. How a Program Assistant Dealing With a New Paycheck System Does Money
5. Classic Billfold: What I Wanted From My Move to Portland and What I Got
chatsfridayFriday chatpolitics