Every Job I’ve Ever Had: Drink Hustler, Aircraft Wirer, Goddess of Tubes 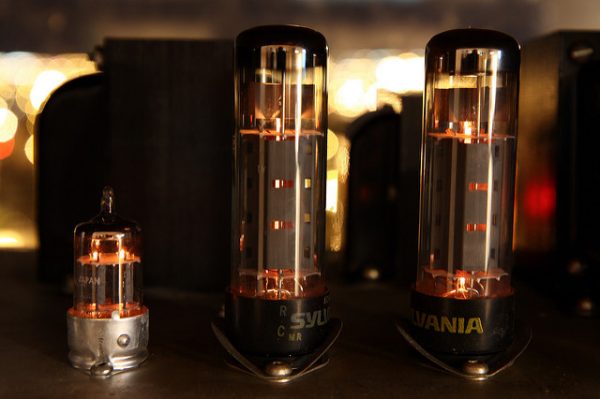 I may not have had a lucrative career, but I can say that I’ve had some interesting jobs in my lifetime. I actually had my first “job” at age 6, when a riddle I wrote was read on air during an afternoon cartoon show on KSBW-TV in Salinas, California. I also received my first “payment:” a giant Tootsie Roll filled with candy. Woo hoo! I was going to be a writer.

“Not so fast,” said my grandparents. “You’ll starve as a writer—you need to get a job that’s stable and pays the bills.” I was crushed.

As a teenager, I worked at the usual range of jobs: waitress, dishwasher and kitchen aide. Yeah, so it was at the officers’ mess on a nearby Army base, not a restaurant—it was still slinging potatoes and scrubbing pots!

But then I caught the travel bug, which propelled me to one of the more unusual jobs I’ve ever held. Searching for a new adventure, I ran off to Europe with a boyfriend who was serving in the Army. Since I wasn’t a spouse, I couldn’t work on the base in Germany where he was stationed—so I found an “under the table” job at the local gasthaus, or restaurant/inn. I was assigned to hang around the inn and get people to purchase drinks. Yes, I was a drink hustler.

I believe I made about 30 percent of every drink my guests bought. Some nights, I would come home with about 40 marks, which were worth about $10 at the time. As long as the guys didn’t get fresh, I figured the boyfriend wouldn’t mind, especially since he was in the field a lot.

That job lasted about six months—nearly as long as the relationship did.

Tail tucked firmly between my legs, I came home and went to college, where I acquired a degree in electronics. I had always wanted to tinker with stereos and radios and such, but ended up with my keister planted in a chair testing circuit boards day after day. I was bored out of my skull, but it paid the bills, just like Grandma wanted.

From there, I went on to a gig that was the antithesis of sitting at a test bench, if way more greasy: I got a job wiring aircraft for radios and navigation equipment. It was fun to crawl around the seamy underbelly of Korean War-era firefighting and aerial sprayer aircraft—and seamy is the right word, since aircraft skins are held in place by riveting  aluminum skins together. I had recently started dating someone new, and, as before, the job lasted as long as the relationship did. (Yes, there is a pattern here; most of my jobs were either directly or indirectly connected to my relationships.)

When the job and the relationship ended in smoke and ash (no aircraft were harmed during the breakup!), I moved on to the next job. This time, I became the Goddess of Tubes. Yes, as in vacuum tubes. I found employment selling tubes and parts for antique radios, shortwave radios, ancient audio gear, and guitar amps.

That job was a blast, especially as it led to my final relationship. One day, a tall man came into purchase a part for his radio. He was cute, I was single, I flirted with him. A week to the day later, he called me for a date. Five weeks later, we were engaged; four months after that, we married; and we’re still married 25 years later. (See what I mean about my jobs being connected to my love life?)

New hubby being very supportive of me, I finally had the confidence to return to college and pursue a writing career. I majored in biology with a writing certificate chaser, intending to become a science writer. But you know that adage about making God laugh? Well, God laughed—I barely finished school in time for hubby to become disabled. He was given a medical retirement, which meant that instead of the fabulous science writing career, Deb had to go to work. I got a job at a state agency and rose through the ranks to deputy director.

But I still wanted to write for a living; so, after a few years, I became the reporter, editor, and entire staff of a small tribal newspaper. I had a lot of fun, but government work doesn’t pay much.

After a couple of years, I was asked to become the marketing communications manager at a large museum. Not that nonprofits pay a lot, but it was more than the small government job paid! After a few years, I again became head of the marketing department. And again, I hated it: I still hankered to write for a living.

After several years of contending with decreased marketing budgets, explaining over and over why somebody’s favorite part of the museum wasn’t as popular as she thought it should be, getting beat up (figuratively) when an exhibit didn’t attract hundreds of thousands of visitors (instead of the hundreds who were interested in the subject) and striving mightily to stuff 10 pounds of potatoes into the proverbial 5-pound sack, I had had enough.

I’d been freelancing on my own time for some years, and it had always given me much more career satisfaction than marketing. So I gave my notice, trucked nine years’ worth of accumulated stuff home, and announced to hubby that I was going to be a full-time freelance writer.

And, nearly a year into my latest grand adventure, we are just fine. After a couple of months, most of my stress-related health issues are gone; I’m writing what I want, when I want (well, as long as I meet deadlines!) and, if we’re not swimming in green stuff, at least we’re paying the bills and are still able to spoil the grandkids. Life is good!

If God and the universe concur, I may never have to get a job again.

Debra Utacia Krol is a freelance writer based in Phoenix, where her commute is about 10 feet. She writes on a variety of topics ranging from water policy and politics to art and travel.

1. We Did Good, Billfold
2. Question Wednesday
3. What I Learned From Five Years of Writing and Editing for The Billfold
4. How a Program Assistant Dealing With a New Paycheck System Does Money
5. Classic Billfold: What I Wanted From My Move to Portland and What I Got
career historyevery job I've ever hadrelationships