What’s Going On With Healthcare? 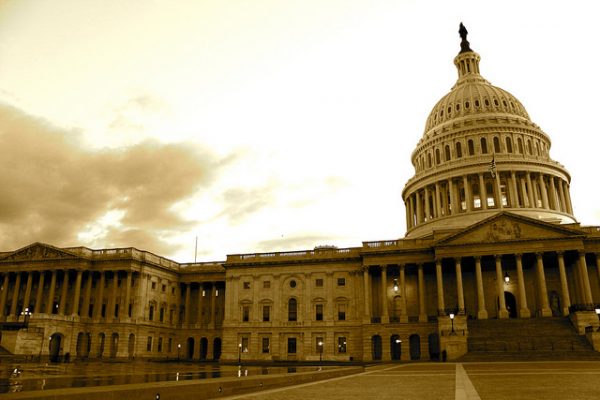 Here’s a really quick overview of what’s going on with healthcare right now:

After failing (how many times?) to repeal and replace, the Republicans have decided to just repeal. Lindsey Graham and Bill Cassidy are leading the bill, which repeals Obamacare and puts the burden of figuring out health care on the states. The NYT explains:

Under the Graham-Cassidy proposal, money would be distributed to states based on a complex formula. The regional cost of living would be one factor, but the sponsors acknowledged that higher-spending states like Massachusetts would receive less than under current law.

The block grant would replace federal money now being spent under the Affordable Care Act for the expansion of Medicaid, for premium tax credits and for subsidies that reimburse insurers for reducing out-of-pocket costs for low-income people.

The Graham-Cassidy bill would repeal the Affordable Care Act’s requirements for most Americans to have coverage and for larger employers to offer it. And it would make deep cuts in Medicaid.

On the other side of the aisle, Bernie Sanders has put together a single-payer healthcare bill that he calls “Medicare for All” and NPR calls “dead on arrival.” (NPR generously suggests that Sanders might be able to pass it in 2020, after America assumedly gets out the vote and flips Congress.)

If you’re interested in the details, you can read Sanders’ plan here; this excerpt sums it up:

As a patient, all you need to do is go to the doctor and show your insurance card. Bernie’s plan means no more copays, no more deductibles and no more fighting with insurance companies when they fail to pay for charges.

Yes, Bernie is on a first-name basis with the people who read his website. (I know I’m sounding really snarky about Senator Sanders right now, which might seem unfair because I very much want a single-payer healthcare plan, but I don’t want to see people’s hearts get broken again, Bernie. Also, I like the part where we pay for our healthcare plan via progressive income taxes and it simultaneously saves the government, businesses, and citizens $6 trillion.)

And then there are those “TRUMP DOESN’T WANT YOU TO SHARE THIS” tweets you might have seen going around:

Trump GUTTED funding for ACA advertising—and SLASHED the open enrollment period. So he *really* doesn't want you to share this key info: pic.twitter.com/VAngoqaJSL

Both of those statements are true; Trump cut ACA’s advertising budget and its enrollment period. (We used to have until January 31.)

Health and Human Services officials have informed grass-roots groups that assist with enrollment under the Affordable Care Act that their funding will be reduced by as much as 92 percent, a move that could upend outreach efforts across the country.

Enroll Michigan executive director Dizzy Warren, whose group serves all of the state’s 83 counties though a network of more than two dozen groups, is contemplating shutting down within a matter of months now that its $1.2 million grant was slashed to $129,899.

These groups help people navigate the confusing (and sometimes broken) Affordable Care Act application websites and understand their various healthcare options. Without this help, some people are likely to go without healthcare—which, of course, makes the Affordable Care Act look like a failure and makes whatever option comes next look slightly more attractive.

So that’s where we are with healthcare! I wouldn’t be surprised if we saw a call for volunteers, e.g. “come to the library and help people sign up with the ACA,” really soon. (Can we do that, legally? Or is it one of those “you can only help if you are a registered navigator” deals?)

Other than that, I guess we have to wait and see what happens next.

UPDATE: It does look like you have to be a registered navigator to provide official ACA assistance.

1. We Did Good, Billfold
2. Question Wednesday
3. What I Learned From Five Years of Writing and Editing for The Billfold
4. How a Program Assistant Dealing With a New Paycheck System Does Money
5. Classic Billfold: What I Wanted From My Move to Portland and What I Got
congresshealthhealthcare